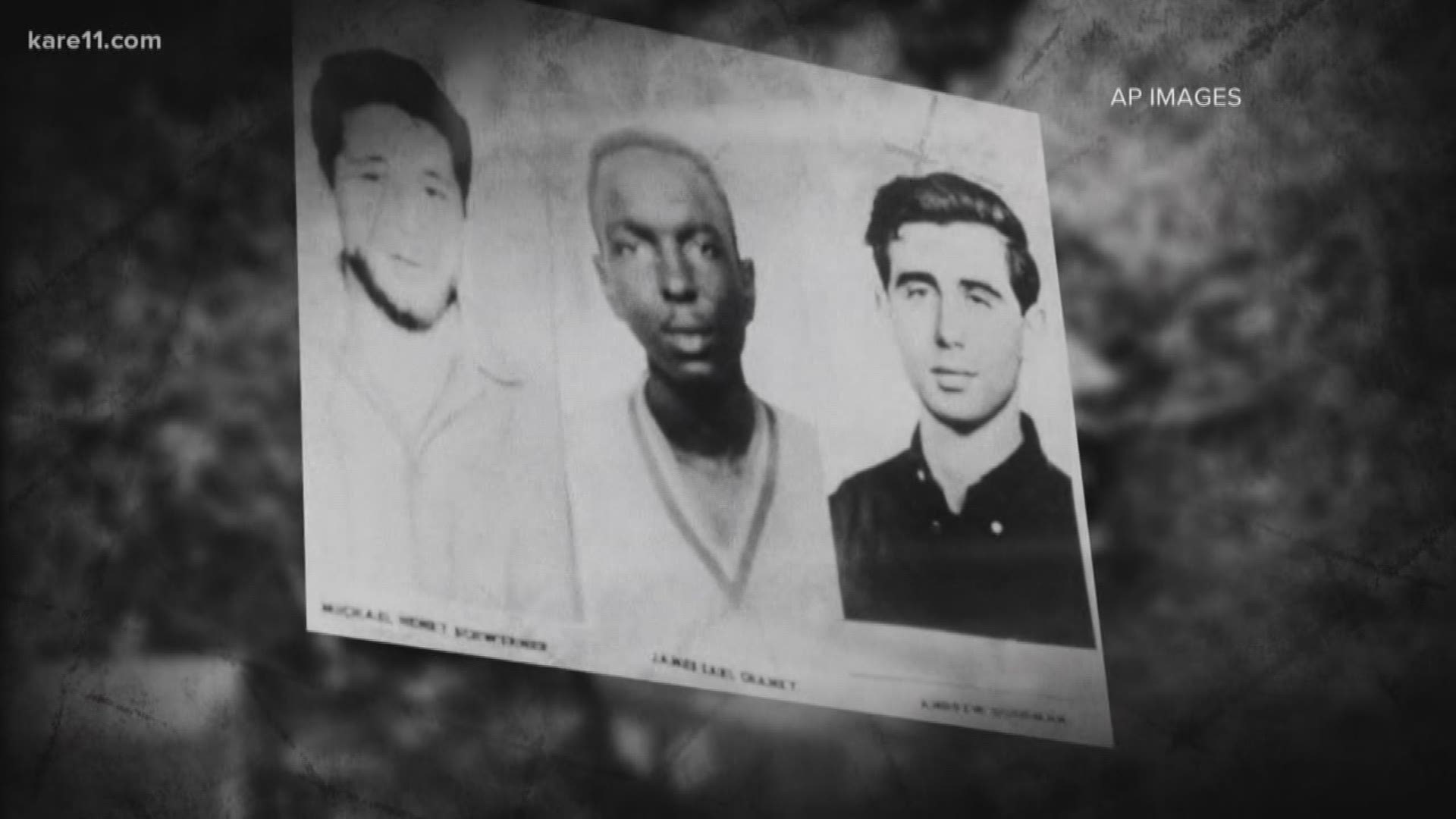 MINNEAPOLIS — Throughout the month of February we will share stories highlighting issues and introduce you to people making a difference. Part of our black history coverage includes focusing on this year's national theme: African Americans and the Vote.

The year 2020 marks the 150th anniversary of the Fifteenth Amendment which gave black men the right to vote following the Civil War.

But to understand the present, we must first visit the past. The year was 1964. Three men were killed in Mississippi by members of the Ku Klux Klan. They were campaigning for all black Americans to get the right to vote.

A year later in August of 1965, President Lyndon Johnson signed the Voting Rights Act, which eliminated the restriction on the voting rights for black people. But 55 years later, Keith Mayes says the fight isn't over.

Mayes is a professor of African American and African studies at the University of Minnesota. He says the national black history theme for this year speaks to the ongoing struggle for the right to vote.

"The African American vote is under attack. We have to understand what is taking place which is to say that people stay up every night looking to take that right away from us," he said. "An example of that are the voter suppression laws that you see in every single state in the union, if one would put the voter suppression laws into context, you could compare them to some of the Jim Crow laws that were passed in the late 19th and early 20th century. Mainly the poll tax, grandfather clause and the literacy test."

As America prepares for the 2020 presidential election, Mayes says there are already tactics underway to suppress the black vote.

Mayes says there are tactics in place to curtail voter registration drives.

"Nothing on the face of it says anything about race but they know that African Americans, particularly African-Americans who are poorer and who may not have a lot of means and make a certain amount of money every year. They are more likely than not to carry a government issued ID," Mayes said. "That is how they get us. Many of us may not be registered ( to vote) so we show up to register on that same day. They are taking away our right to register on election day."

"The suppression is already underway, the question becomes can the turnout mitigate against the suppression?"

And In Tennessee, GOP lawmakers are considering a bill that would make groups involved in voter registration drives pay a fine when submitting incomplete forms.