Johnson, born in 1930, has been an activist in Minneapolis since the late 1950s. 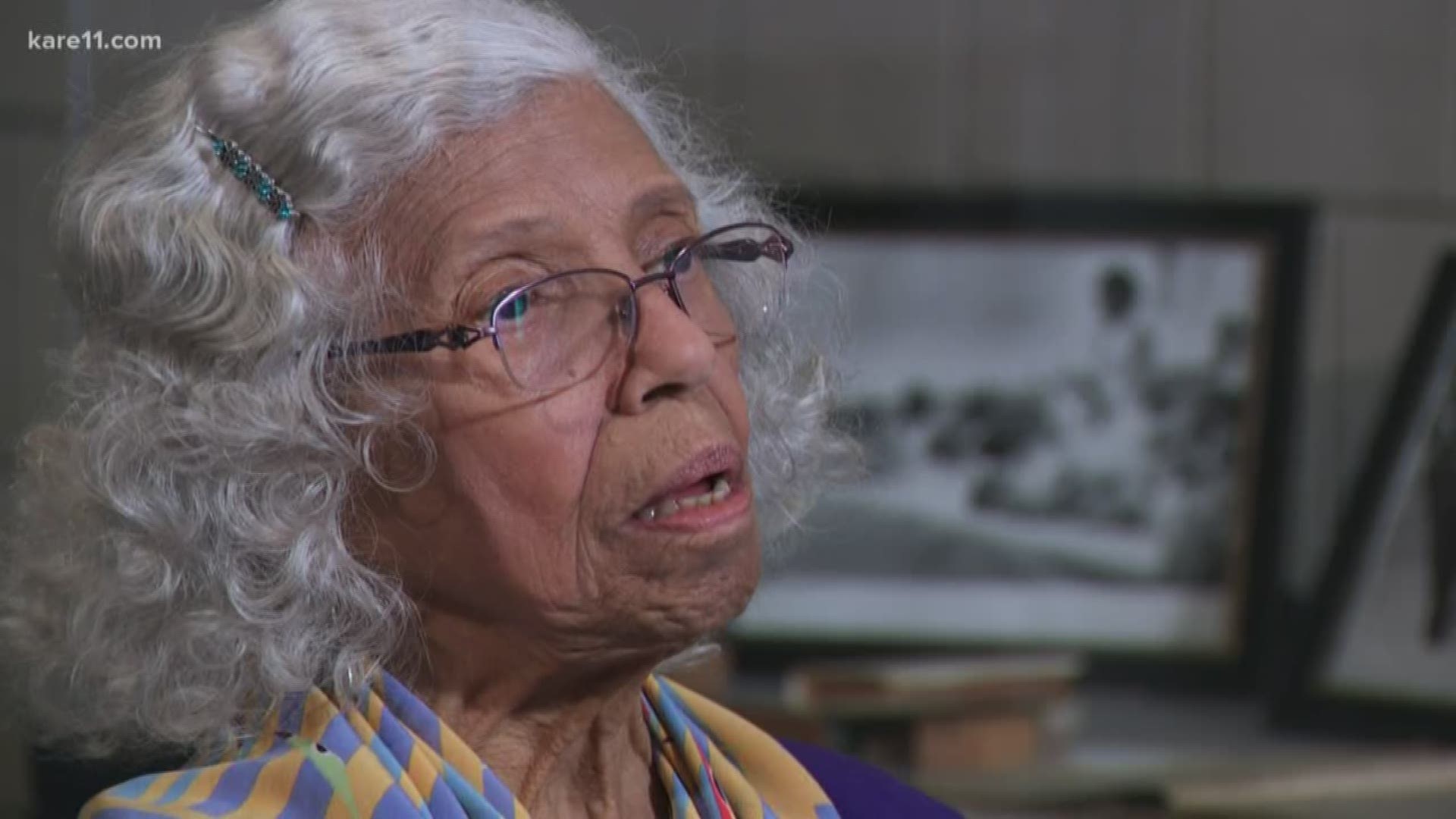 ST PAUL, Minn. — Sometimes history is painful. But Dr. Josie Johnson, who grew up in Texas, says those painful lessons are powerful tools for the present.

"We have had to fight so hard for the vote. Black women and black men," she said.

Johnson, born in 1930, has been an activist in Minneapolis since the late 1950s. She remembers vividly the abuse black men and women endured fighting for the right to vote.

"It was actual murder. Destruction of homes. Firing of church buildings
just to register and then to vote, of course," she said. "I consider all of that abuse when those basic civil rights were denied and people suffer from it. Our men killed."

Johnson said her fight for fairness started as teen, which led her to the height of civil rights work in the 1960s.

"In my teens, my father was working as a political figure in our community and in the city of Houston he engaged me to join him as we went from door to door in our community gathering signatures so we could vote and put the Civil Rights Act on the ballot so it could be voted on," she said.

Her parents introduced her to politics and civil rights. And this year's national theme for black history month: African American’s and the vote, resonates with Johnson.

She's been a player for long time and said suppression of the black vote is the "new struggle."

She points to an example of changing precinct locations.

She lived through painful moments in history she hopes do not repeat.
"To have a system finally acknowledge the strength of the black vote and to fully appreciate all we went through to get that vote ... the larger community seems to know that black peoples vote matters and you see a lot of emphasis on that," she said.

Johnson says she was joyful the day former President Lyndon Johnson signed the voting rights act of 1965, which made racial discrimination in voting illegal.