A local non-profit wants to create a pipeline of black men entering the teaching profession. Here's why. 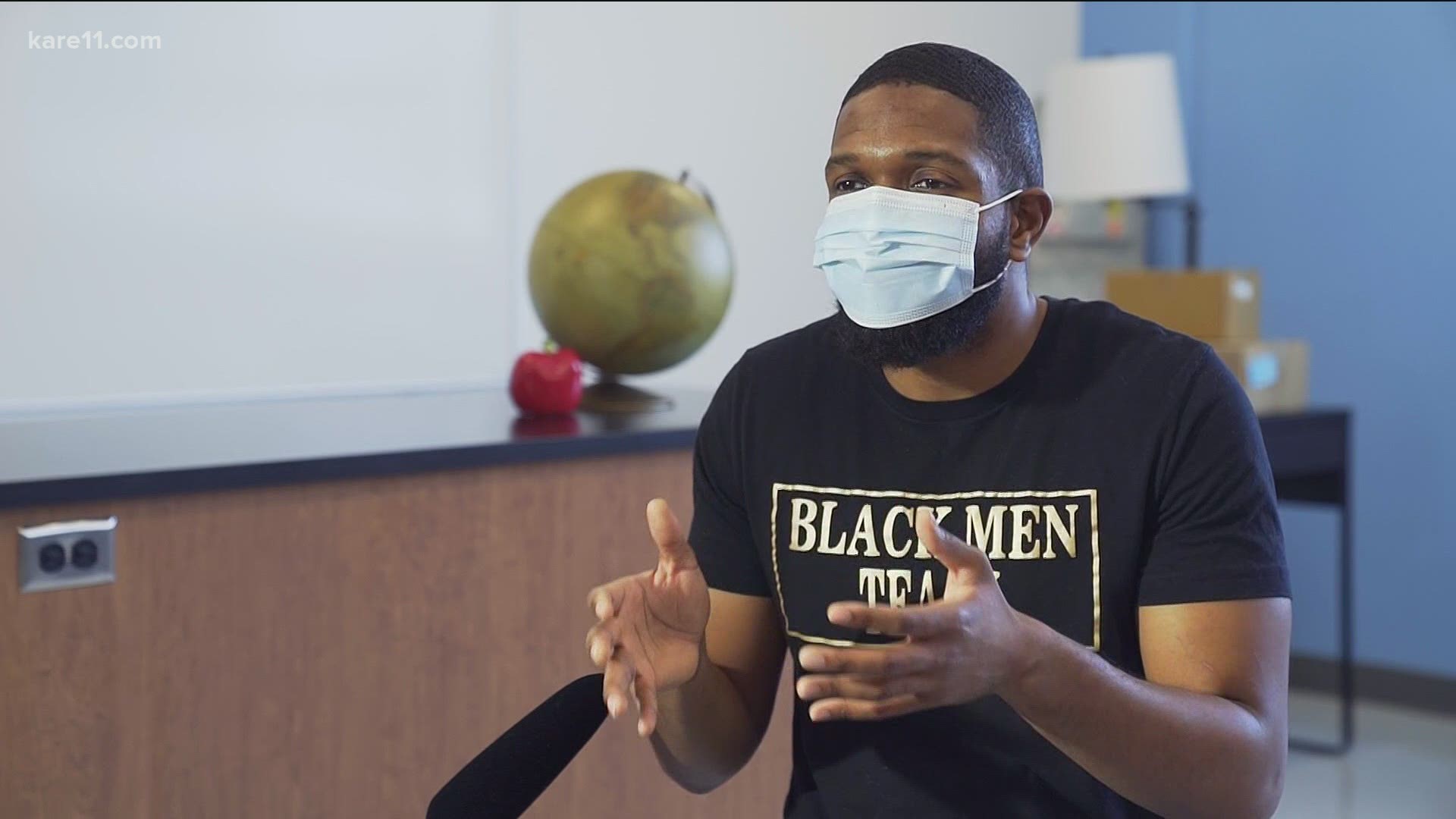 MINNEAPOLIS — This week, the Minnesota Legislature will begin addressing a series of proposals related to education and equity across the state.

It's part of a comprehensive effort to reduce troubling achievement gaps between white students and students of color that have plagued the state for decades.

Among the proposals, an effort led by a small nonprofit called Black Men Teach, to create a pipeline of black male teachers at a time when they are increasingly hard to find anywhere in the state.

Markus says he was first compelled to get involved after seeing a report from Johns Hopkins University.

"One Black teacher in elementary school can decrease the likelihood of a Black student dropping out by up to 40%," Flynn said.

But in Minnesota, a state with one of the biggest achievement gaps in the country between black and white students, teachers like Marcus are rare.

"If you know a black male teacher in Minnesota, you know a unicorn," Flynn said. "They almost don't exist. There's about 65,000 teachers in the state of Minnesota and about 95% are white. About 1.4% of that 65,000 are Black. They don't stratify by race and gender, but if you do a conservative estimate, you'll see that about half of one percent of all of the teachers in the state of Minnesota are Black Men."

That comes as no surprise to Mascuud Ali, a student at the University of St Thomas, who grew up in Hopkins.

"In my entire life, I only had one man who was a teacher, and that was back in fifth grade," Ali said. "I had one person who was of color back in second grade, which is better than most students; but I didn't think, in my lifetime, that I would want to become a teacher."

That changed when Ali learned about Black Men Teach. He is now a student fellow in the program. He has a mentor and an internship in a classroom. Flynn says that's just the beginning.

"When it's time for them to student teach we'll give them a stipend, so they're not going 15 or more weeks unpaid," Flynn said. "At the end, when they're ready to matriculate out, we have eight K-5 partner schools that have agreed to do the induction process differently. They make sure that these men are supported when they get there so that the retention is high."

The journey is just starting for Ali, but he's already looking forward to helping write a new chapter in Minnesota black history.

"Coming over here and talking to people who think that the stereotype should change, made me want to change," Ali said. "It just made me realize that I can impact the future somehow."

If you're looking for more about being part of Black Men Teach, or supporting its mission, click here.