As we head into week four of the government shutdown a handful of Twin Cities business owners are doing all they can to ease the pain. 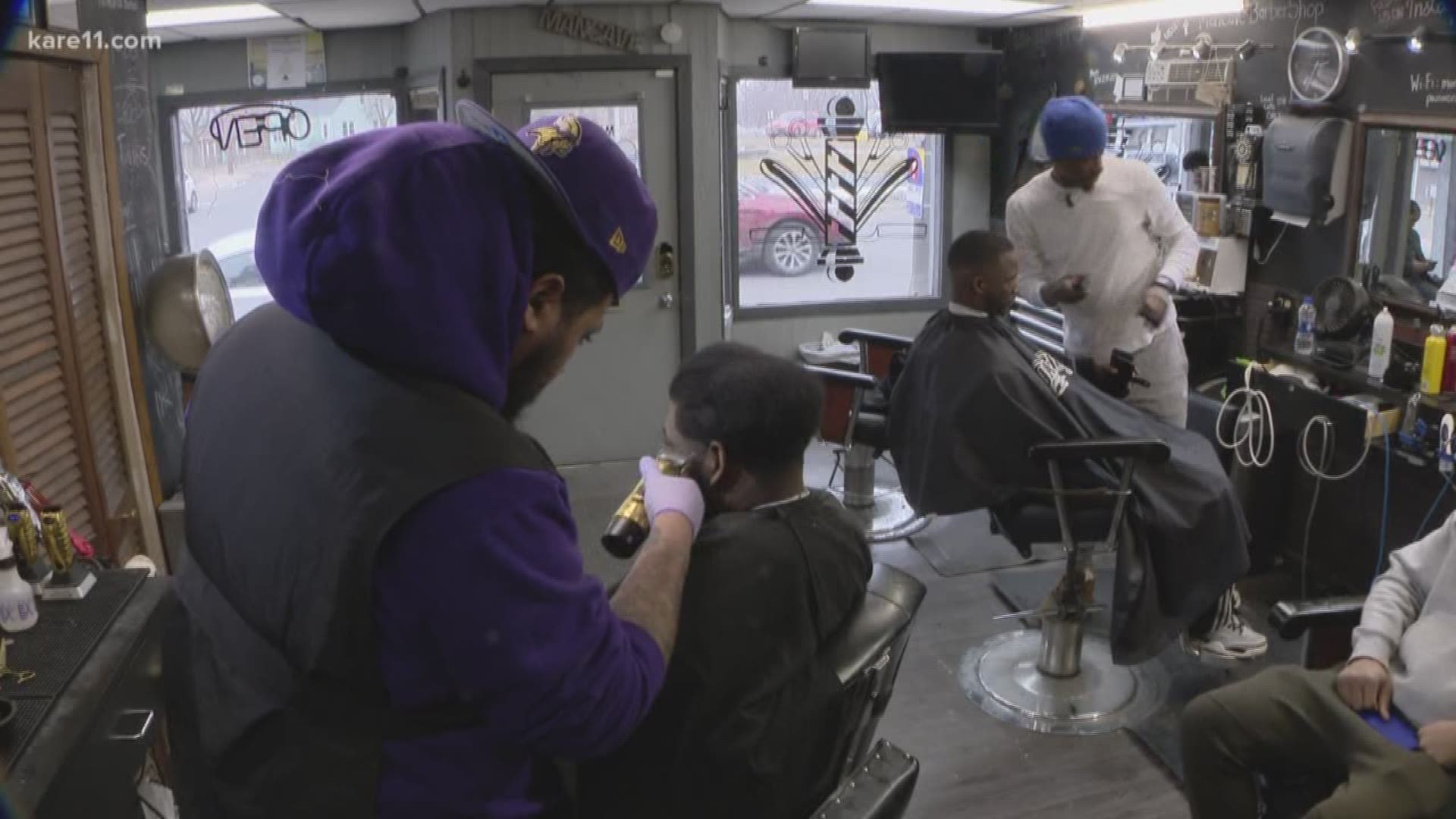 WEST ST PAUL, Minn. — Thousands of Minnesotans are now feeling the financial pinch of the shutdown but barbers in West St. Paul hope they can trim some of the burden.

Denzel English and Markus Taylor-Knighton are among the barbers at Man Cave Barbershop, 989 Smith Ave.S, offering free cuts for furloughed employees. "A lot of them wouldn't accept free haircuts. They were saying it was too kind of a gesture," Taylor-Knighton said. "I figured offering a free hair cut is the least I can do."

English echoes those sentiments. He says the barbershop is a place for people waiting to exhale. "With the way things are going seems like there are going to be a lot more people impacted by the government shutdown. Although it is a haircut this can give people peace of mind," English said. "

I know a lot of people worried about what is going to happen with their benefits. Hearing them out could help them and the way they are feeling."

Abdirahman Kahin,  the owner of Afro Deli & Grill, extended the same kindness at  his store  locations in Minneapolis and St. Paul. He said they will offer furloughed employees free lunch with government ID until the shutdown is over.

"It is a responsibility when people are in hardship. It is for me, it is a blessing to be in business. When you have income coming and most of your customers aren't getting any pay checks," he said. "I thought it was something that I needed to do."

Christine Goatley, who works for the U.S. Department of Housing and Urban Development, said she appreciates the help.

"Working on ways to maintain mental health as well as find resources for ourselves to cover expenses during this time and food is definitely a part of that. My husband suffers with mental illness, so this is having a huge impact on our house hold," she said. "I've been out of work since December 22. Haven't received a pay check. I am the sole income earner for my family. Crying sometime is part of it and wrestling with those uncomfortable emotions while we are going through this. It is pretty tremendous. Trying not to lose hope."

The crisis is in its 28th day as the number of federal workers applying for unemployment and food stamps - skyrockets. The labor department says furloughed federal workers can collect unemployment. But those on the job without pay cannot. No new negotiations are set. President Trump says the government will remain closed until the southern border wall is fully funded.