'Beacon on the curve of Broadway': Capri Theater to make roaring return after remodel

The storied stage has been restored to perfection with the addition of a second theater-like space, a pantry, a tech lab, a dance room and art room. 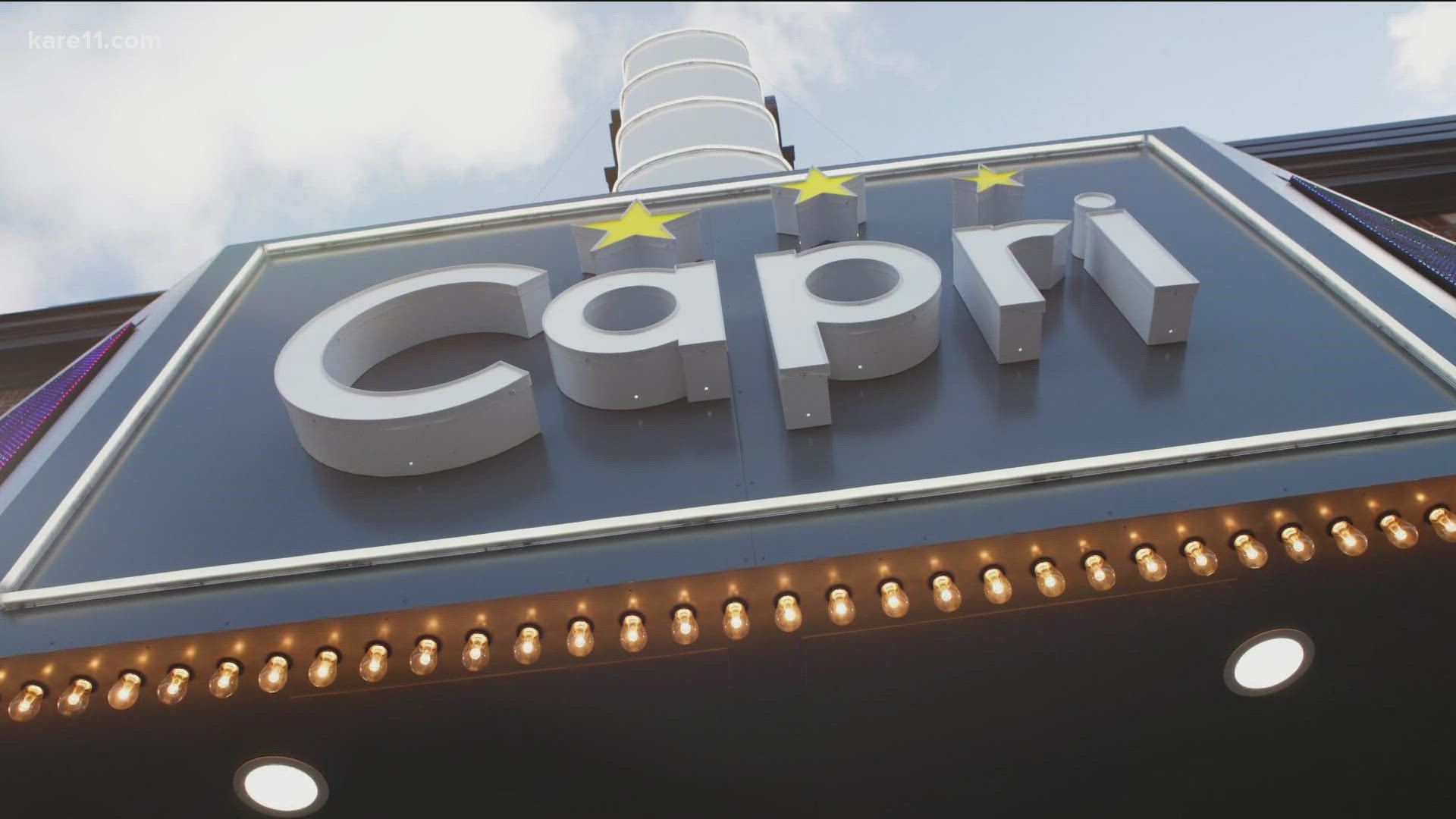 MINNEAPOLIS — Built in 1927, Capri Theater has been known by a few other names, but for all of its time, its mission has never changed.

If the theater's walls could talk, they would whisper of the time when it was The Paradise.

Or the magic that came when a young Northsider named Prince made the stage his throne.

Or maybe the life-changing moments over nine decades, with everything that happened there in-between.

"General Mills used to teach cooking classes on this stage," said Capri Director James Scott. "We have stories of people that have met their wife. There used to be Bruce Lee double features on a Sunday — that's not a theater, that's a heart of a community and that's what we are trying to get back to with this space."

Getting back starts in just 11 days, when, after two years of being closed for a $12.5 million remodel, The Capri will begin anew.

The storied stage has been restored to perfection with the addition of a second theater-like space, a pantry, a tech lab, a dance room and art room.

"If a young person needs the resources to say, 'I don't have a place to sleep tonight,' we have social workers in our facility to give resources to lead to what they need, so this is much more than, 'hey, let's go put on a show,'" said West.

"We've had some heated conversations in this room and we have had some talks after movies that have lasted longer than the movie, but those people leave better than they came when we do that," Scott says.

"In a lot of ways it is," Scott said with a laugh.

"It's a ministry, definitely a ministry for me," West said.

In the last two years since the closure, COVID surely was a challenge, but when pain and trauma came in May of 2020, things didn't stop here.

And come October, the lights will go on again on West Broadway.

"Like Dr. King said in [his] 'I have a dream' speech, a great beacon light of hope, that's how we see the Capri," said West. "The Capri is that beacon on the curve of Broadway."