Health officials said booster shots would be available the week of September 20 and starting eight months after someone's second dose. 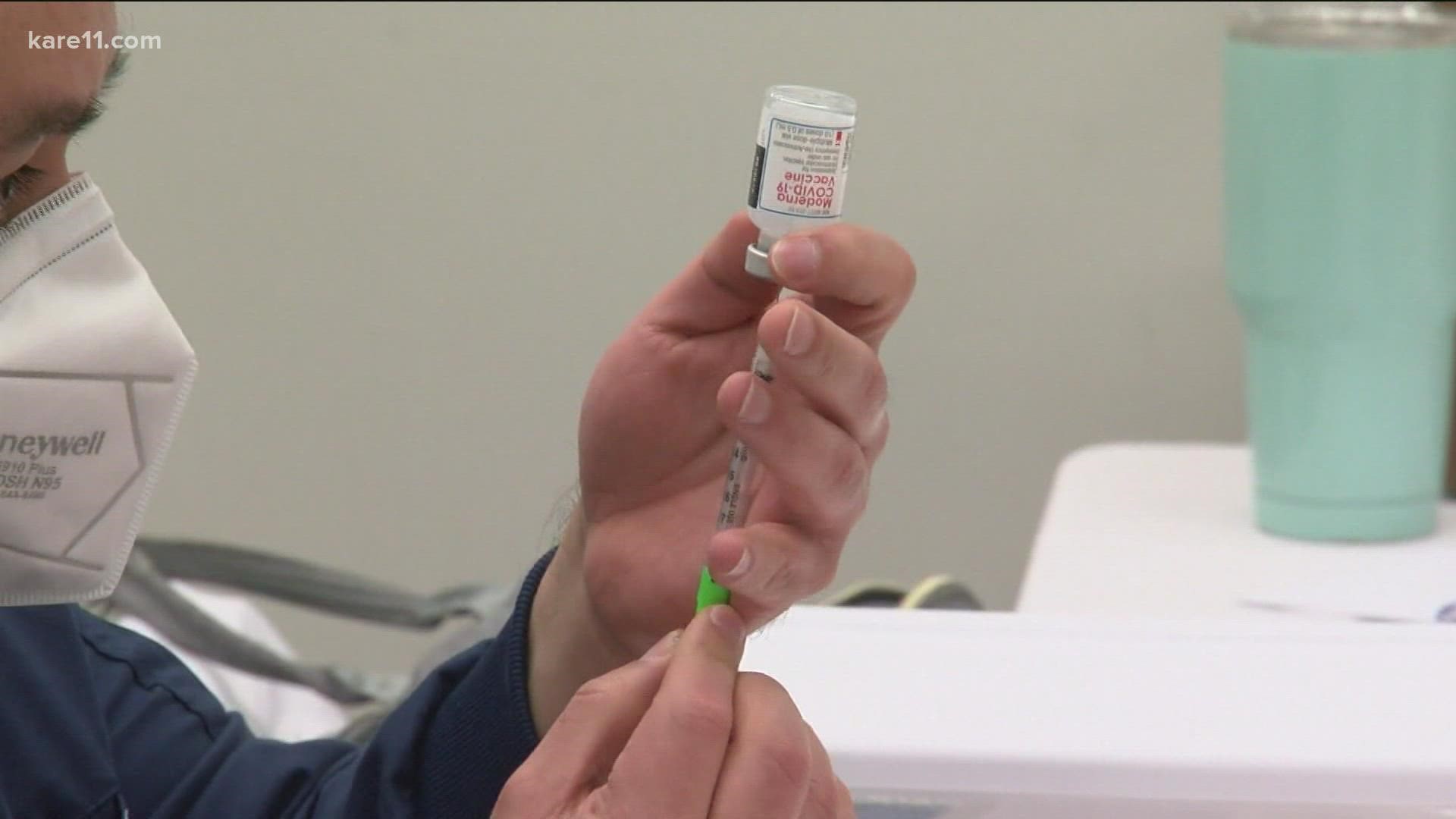 ST PAUL, Minn. — President Biden announced Wednesday booster shots of the Pfizer and Moderna vaccines will become available for all adults who got their full cycle of those vaccines beginning September 20th.

But just yesterday health officials, including the Minnesota Department of Health, said only immunocompromised people need a third shot.

Hennepin Healthcare's Dr. Stacene Maroushek says, "A lot of the health care systems are in the same boat as the general public; we're like ok, what do we do first, so it is confusing, I agree."

Dr. Maroushek, who's also a pediatrician, explained that new data from the U.S. Food and Drug Administration (FDA) just happened to be released nearly simultaneously showing a booster shot would, in fact, benefit everybody.

The immunocompromised need it because they can't build a response to the vaccine. That includes transplant patients or people with lupus, while a booster for fully-vaccinated people with no underlying conditions can combat its waning protection.

"Your antibodies start winding down at some point and that level is going to be different for every individual person," said Dr. Maroushek. "That's going to be enough that you have more virus attaching to cells and more infection."

The FDA's latest data shows that happens to the Moderna and Pfizer vaccines after about eight months. That deadline is fast approaching for the first people who first got vaccinated at the beginning of the year, including frontline healthcare workers and the elderly.

RELATED: No, if you're not immunocompromised you're not currently eligible for a COVID-19 booster shot

Dr. Maroushek expects the same recommendation for Johnson and Johnson in about four months since that's when it was first administered after the other two. She says we need all the protection we can get from the Delta variant.

Dr. Maroushek says, "That is the fear, that if we lose that protection we may end up with breakthrough severe disease instead of what we're seeing now is breakthrough mild disease."

She says the variant is more transmissible and studies are being done now on why it's making children, in particular, more sick. Some of them are hospitalized at Hennepin County Medical Center where Dr. Maroushek works.

"What we're seeing now is full on COVID with respiratory distress in kids, which we hadn't really seen up to this point," said Dr. Maroushek.

Rather it will be to continue encouraging people to get vaccinated and the doctor says it would serve federal agencies well to get on the same page and only push out clear and concise guidance.

"There are people (who say), this is a hoax, it's not real, it's like they don't believe it exists and in my opinion are out there potentially killing people; it's like walking into a hospital with a loaded gun," said Dr. Maroushek.

Remember, we all won't need a booster shot at the same time. And the federal government says there should be enough supply for everyone.

What about younger kids who have yet to even get their first shot? Dr. Maroushek thinks the feds will give vaccine approval for six to 12-year-olds by November or December.