Donta Hughes spoke at Monday's Eastern Carver County School Board meeting, moments after a man is seen on video getting into a scuffle with another man. 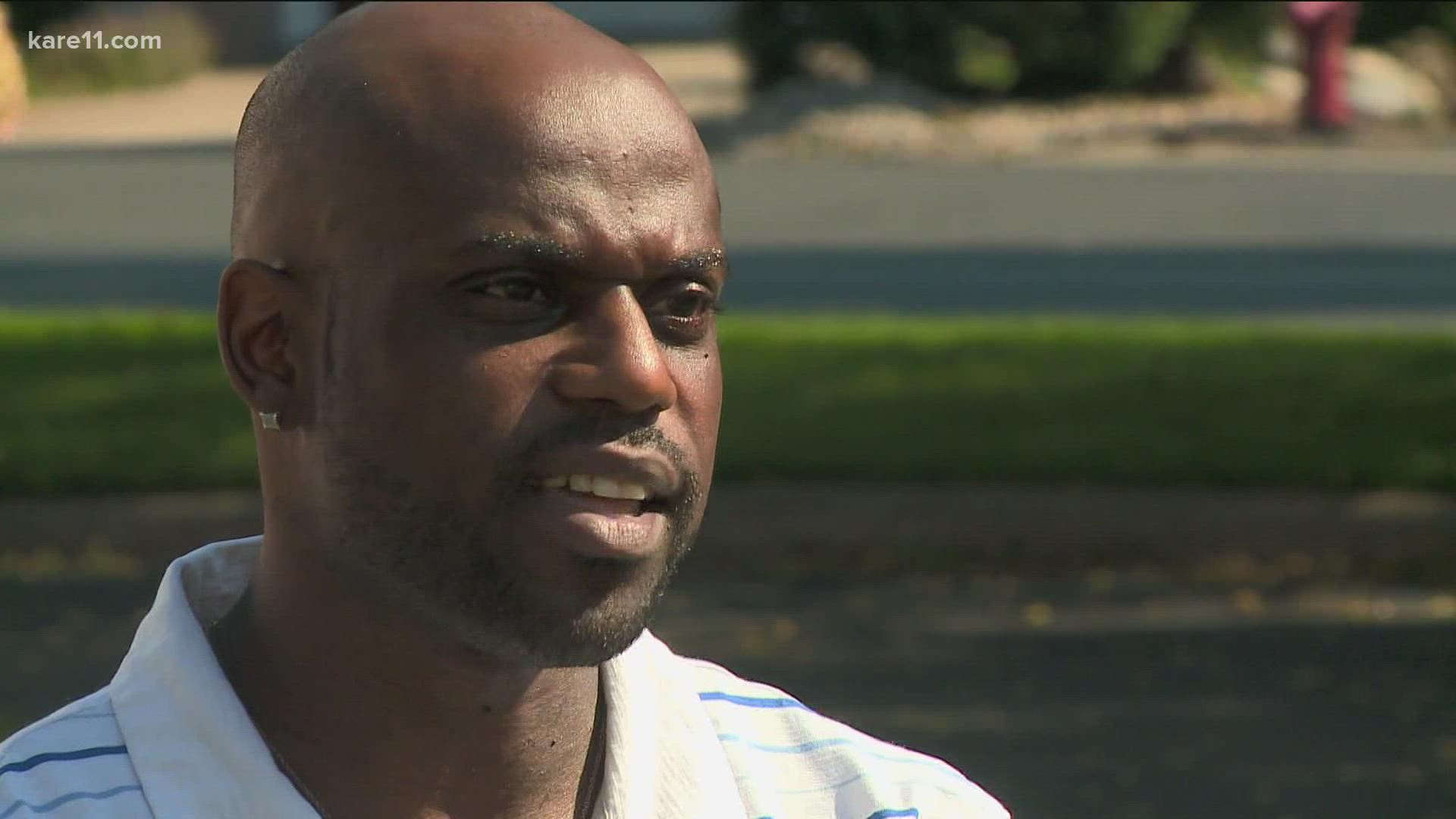 CHASKA, Minn. — "I want to apologize for what you are seeing tonight, this isn't community," said Donta Hughes, a parent of two Chaska High School students.

Hughes spoke at Monday's Eastern Carver County School Board meeting, moments after a man is seen on video rolling his chair over to another man wearing a mask as frustrations brewed over district-wide mask mandates.

"I'm used to a group of people that come and have that type of reaction at a school board meeting," said Hughes.

Tensions boiled over after many parents signed up to speak about a recent board decision to mandate masks for all district K-12 students beginning Wednesday, with a majority of those attending the meeting in disagreement.

Hughes, who has two children who currently attend Chaska High School, is seen on video stopping another scuffle between the two men at the meeting. One man is seen on video grabbing the shirt of another man.

"Grown men should not behave like that, especially in front of children," said Hughes. "We were asked not to clap or be disruptive, it was only a few of us that didn't."

In a statement, Superintendent Lisa Sayles-Adams and School Board Chair, Dr. Jeffrey Ross said, "The behavior and conduct on display in our boardroom this week was unacceptable. It is healthy for us to disagree and to seek out more information. It is not okay, and not acceptable, to resort to violence or accuse decision-makers of being Nazis. It will not be tolerated, and on behalf of the Board we want to personally apologize to anyone in the room, or watching at home, that it happened at all."

"We're letting what we think and what we feel drive what everyone is supposed to do and it's not right," said Hughes.

While Hughes says what happened at the meeting is unacceptable, he hopes something like this doesn't happen again.

"We come to school board meetings to talk about community, differences we can make, and if there's a problem we address it to the school board," said Hughes. "The best thing that happened yesterday, is whether I agree with it or not, is that they had a voice," said Hughes.

Moving forward, the school board says the boardroom will be a safe space for all who wish to speak.

Protocols will be enforced and those who do not follow them will be removed.

Police presence will also be increased at future meetings.