Despite security concerns beforehand, the Secretary of the Army says Capitol police did not request military help until after a mob stormed in. 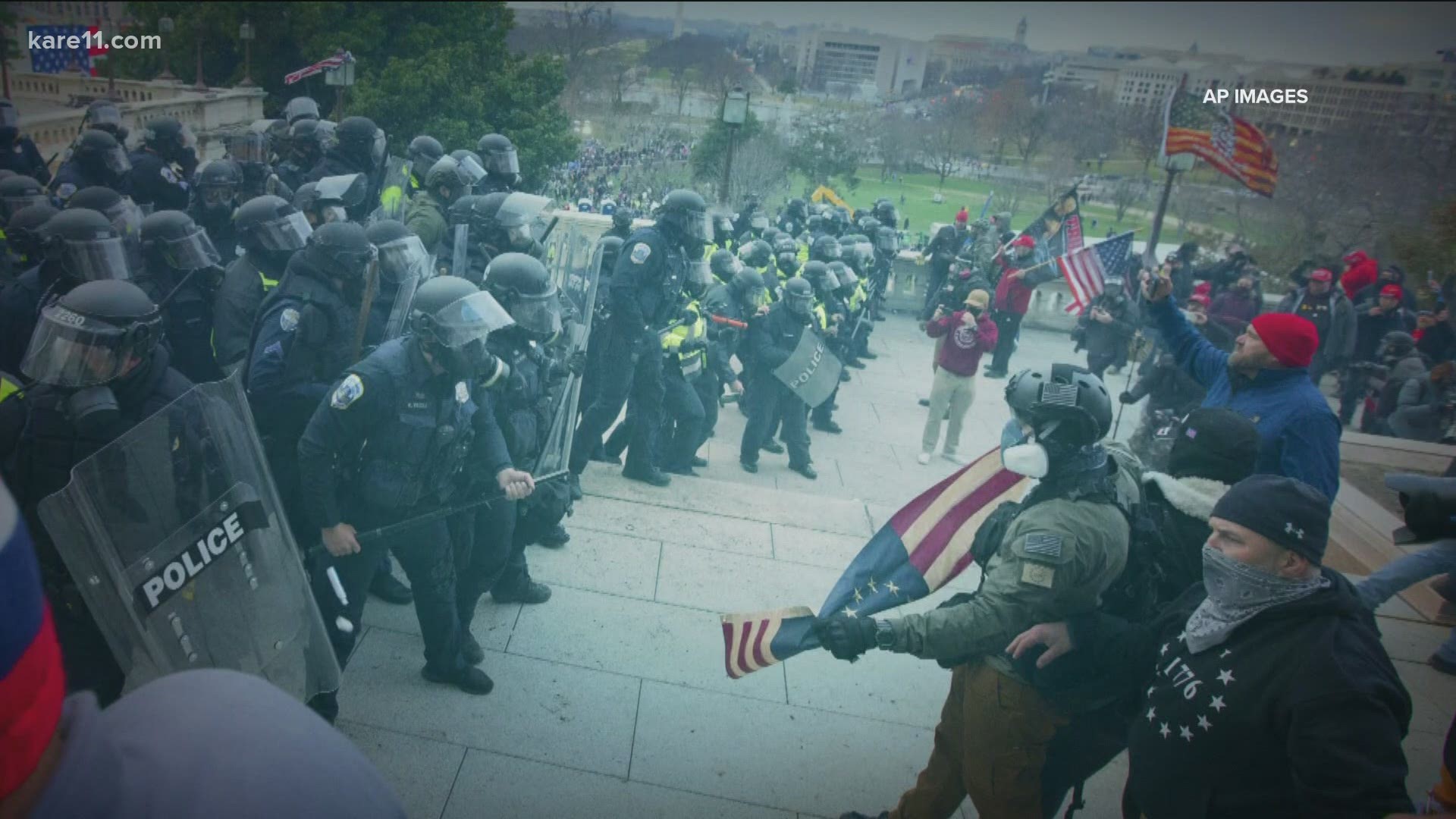 MINNEAPOLIS — The Chief of the U.S. Capitol police, along with security leaders for the U.S. House of Representatives and the U.S. Senate are all reportedly leaving their posts, following mounting outrage and investigations into the failure to protect the Capitol from a violent mob of trump supporters.

On Thursday, Steve Sund, Chief of the U.S. Capitol police, announced that he will resign on January 16th. Earlier in the day, House Speaker Nancy Pelosi announced that House Sergeant at Arms, Paul D. Irving, was also resigning from his security post, and Senator Chuck Schumer says he intends to fire Senate Sergeant at Arms, Michael C. Stenger, once Democrats take the majority.

The fallout comes a day after a violent mob of President Donald Trump supporters breached and swarmed the U.S. Capitol building. At least 850 members of the National Guard worked to fortify the perimeter of the Capitol with seven feet tall, non-scalable fences, on Thursday.

"These personnel and these security measures will be in place for no-less than the next 30 days," said Ryan McCarthy, Secretary of the Army.

"What happened yesterday is textbook terrorism," Bowser said. "Obviously it was a failure or you would not have had police lines breached and people enter the Capitol building by breaking windows."

Bowser said the District and it's Metropolitan Police force called on the DC National Guard for help before the Trump rally down the street from the Capitol on Wednesday morning. But Boswer and McCarthy both said the Capitol Police, which are responsible for Federal property, did not request outside help until it was too late.

"There were discussions, previously, with the Capitol police and others and no requests of the DC National Guard were made," McCarthy said. "Obviously it is a different branch of government, so we have to be requested to come onto the grounds."

Before his resignation, Chief Sund, issued a statement of support for the Capitol officers who were overwhelmed by rioters. According to Sund, more than 50 officers were seriously injured, but he did not address the planning that led to them being overwhelmed and forced to retreat their positions.

"We failed," said Terrance Gainer, a former Capitol police chief. "We did not secure the capitol and people need to be held responsible and explain what went on."

On Thursday afternoon, President-elect Joe Biden, said the failures went beyond a hallowed building what unfolded inside.

"Not only did we see the failure to protect one of the three branches of our government, we also saw clear failure to carry out equal justice," Biden said.

As the events at the Capitol were unfolding, Biden says he received a message from his granddaughter, pointing out how many military members were called in to help secure the Lincoln Memorial during Black Lives Matter protests during the summer.

"No one can tell me that have had it been a group of Black Lives Matter protesting yesterday, they wouldn't have been treated very, very differently than the mob of thugs that stormed the Capitol," Biden said.