“Sending him to that halfway house is sending him into a petri dish of coronavirus ..." 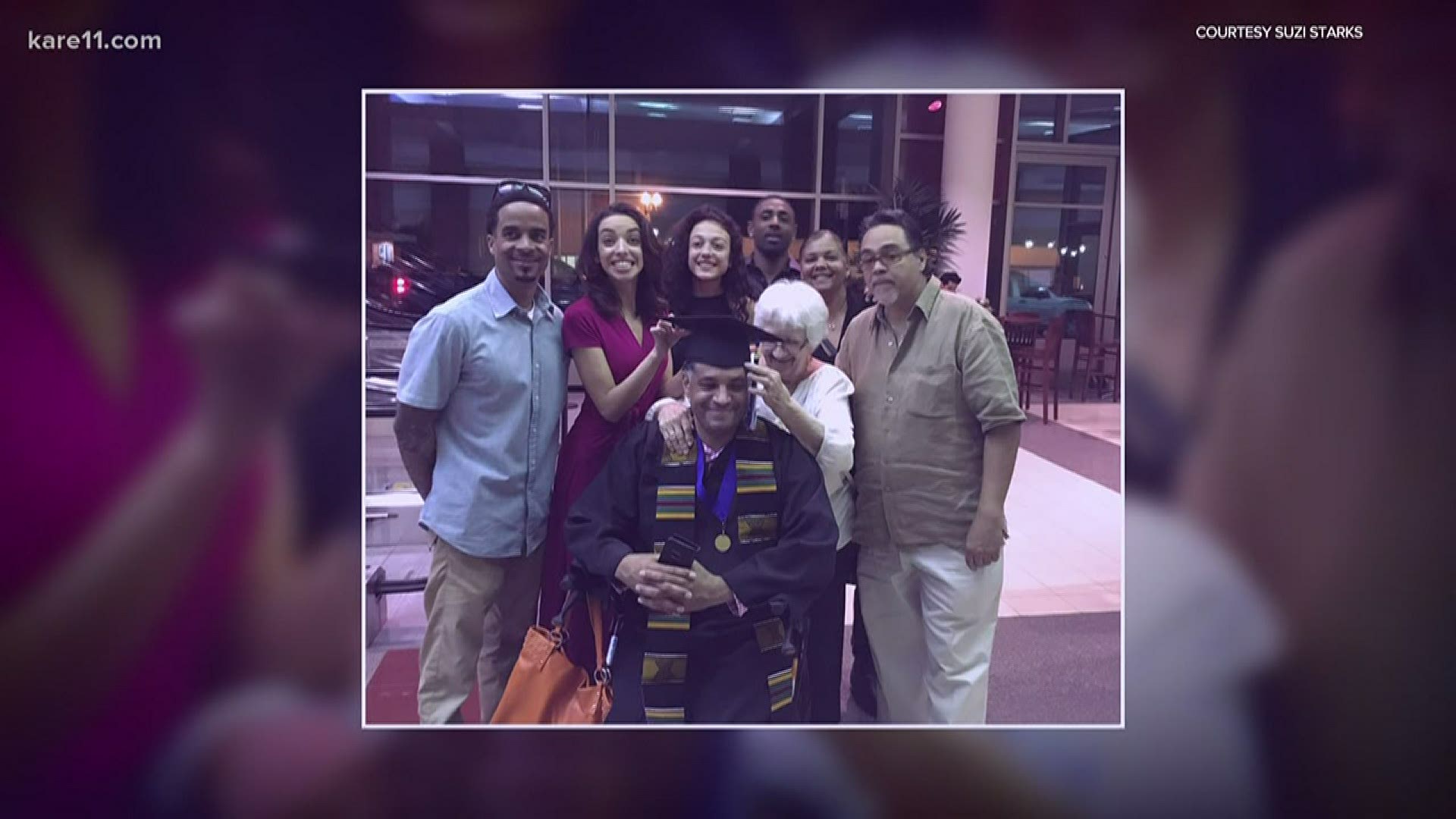 One Minnesota family is worried what they call a clerical error could send their loved one - who is getting out of prison - to a facility with multiple confirmed cases of COVID-19.

Suzi Starks said her brother, David Starks, must first complete reentry orientation at Volunteers of America in Minneapolis.  And according to the Federal Bureau of Prisons website - there are 18 active inmate cases of COVID-19 at the facility. Starks says her brother has diabetes, putting him in the high-risk category for COVID-19.

“Sending him to that halfway house is sending him into a petri dish of coronavirus, which potentially gives him a life sentence for a crime he already served his time for,” she said. "You have 33 percent of the residents with coronavirus out of  58 men in one house. You can’t safely socially distance in that environment.”

It is standard protocol for a person to go to a residential reentry center or halfway house to complete orientation and obtain an electronic monitoring device. If approved, former intimates are released to home confinement.
After a virtual home inspection, the Starks say David was approved for home confinement. But, Starks said a representative with VOA told her they never received any paperwork.

“Nobody has the home approval letter for David's home confinement except his case manager in Duluth and the United States probation office,” she said. “He deserves to go to a safe place. I am afraid if they send him there, I don't know how long it would take him to get better or if he would get better. This isn't the flu. People are dying. It doesn't matter if he's coming out of prison or not, he's a human being. He is a son. An uncle. A father. “

A son whose mother, 87, lives with COPD, dementia and congestive heart failure.

“When they diagnosed her in January, they said she had about six months to live.  I want David to be able to see her. I really believe she is here because she is waiting to see David,” Suzi said. “She's in assisted-living so he won't be able to go in and hug her. But to do a window visit with her, David so looking forward to. And that's all my mom can talk about is when she can see David.”

David is scheduled to be released Monday at 8 a.m. His case manager was unable to comment. We left messages with the Federal Bureau of Prisons, but have not heard back. The Starks hope this can be cleared up before David's release.

"Although David will be released on May 18th to complete his orientation that facility conducts orientation on Fridays, which means he would be there four  nights before he can even attend orientation," she said. "This is an unnecessary risk that is easily avoidable. I have to believe that if the US Attorney General is concerned to the point of releasing inmates that are at a higher risk of infection, and not to cause them additional risk, that he must also believe an inmate that has served their time should be released under the same guidelines."