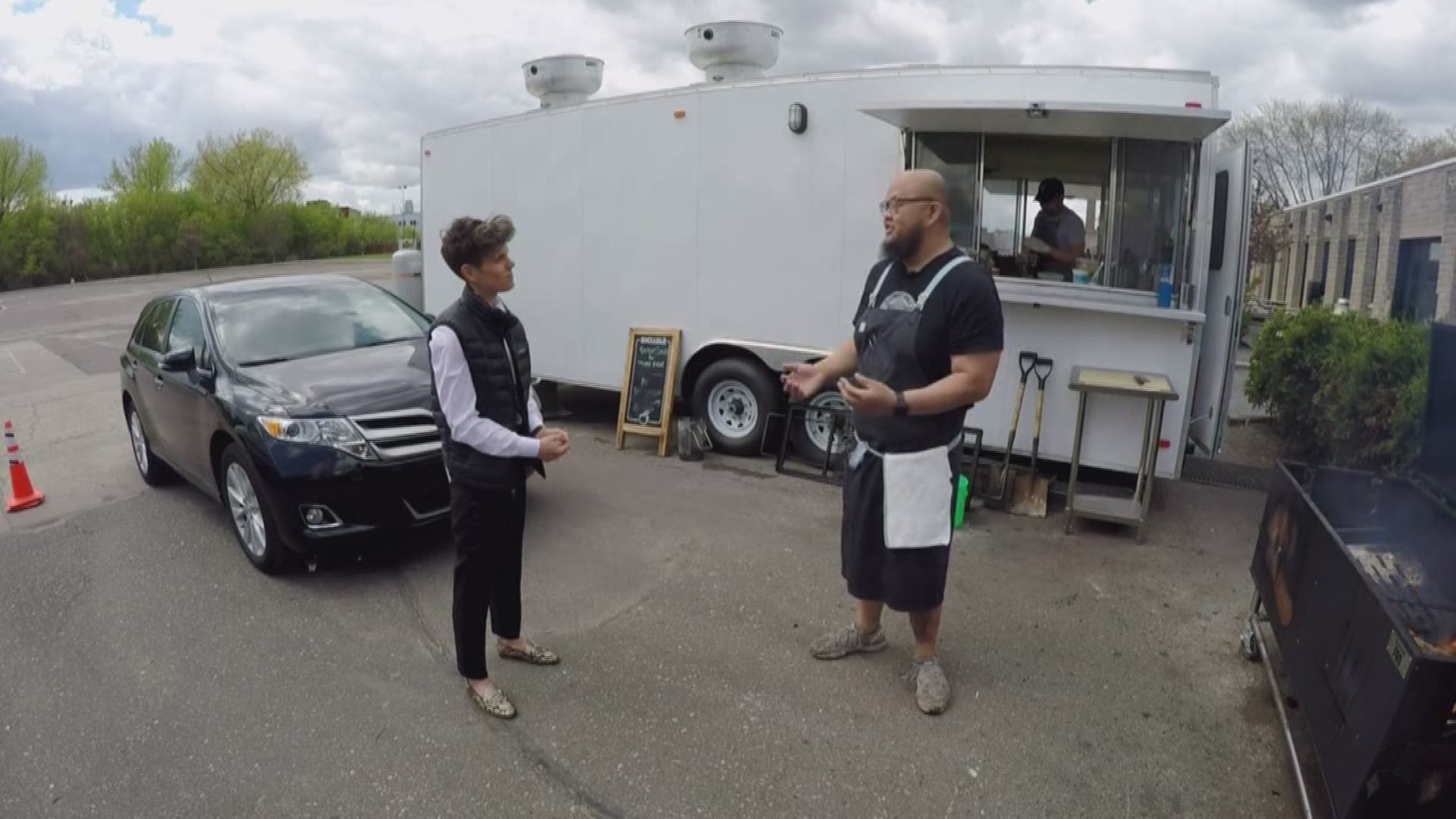 This weekend a national story will air about the journey of the Hmong people from Laos and Thailand refugee camps to America.

It will air on CNN's United Shades of America.

And a major part of that story, was filmed in St. Paul which is home to nearly 70,000 Hmong immigrants.

One of the people in that story, is chef Yia Vang, one of co-owners of Union Kitchen in Northeast Minneapolis.

Union Kitchen is a trailer parked in the lot of Sociable Cider Works.

The food is Hmong-made and inspired and while it's made in a vehicle the food itself is the vehicle for the Hmong story.

"We didn't want to cook just for the sake of food, we always said that every dish has a narrative and follow that dish long enough and close enough you get to the people behind the food and once you are there…its not about the food its about the people," said Vang.

His parents are from Laos. They were caught in the quagmire of the Vietnam war and sent to a refugee camp in Thailand.

That's where Yia was born. They left the camp when Yia was 5-years-old, to come to America...St. Paul to be exact.

They came with almost nothing.

But they came, with a culture, centered around cooking.

"The one thing that you will notice with a lot of Hmong people, especially young Hmong kids when you talk to them the first thing they talk to you about is the food, the food of our mom and dads table," said Vang.

Yia's parents are the main ingredient...in all he does.

His father taught him how to cook meat over an open fire.

His mother...taught him the central tenant to Hmong meals...create the menu not based on only what is offered in the home land.

But by the ingredients offered in the lands that become your home.

"With a people group like the Hmong people we technically don't have a land of our own.  We don't have a flag, a state of our own," said Vang. "I really think that being Hmong means adapting so that you create a future of next generation as our parents did for us."

Adapting for Yia...meant keeping the core tenants of his born culture and fusing them with that of his new one.

It's a truly American tale we can sit down with right here at home and sit down to see with the rest of the nation on Sunday night.

The episode featuring Yia and his family will air Sunday night on CNN, on the show "United Shades of America," at 9 p.m.