Following the letter, the Hennepin County Board announced Tuesday that racism is a public health crisis. 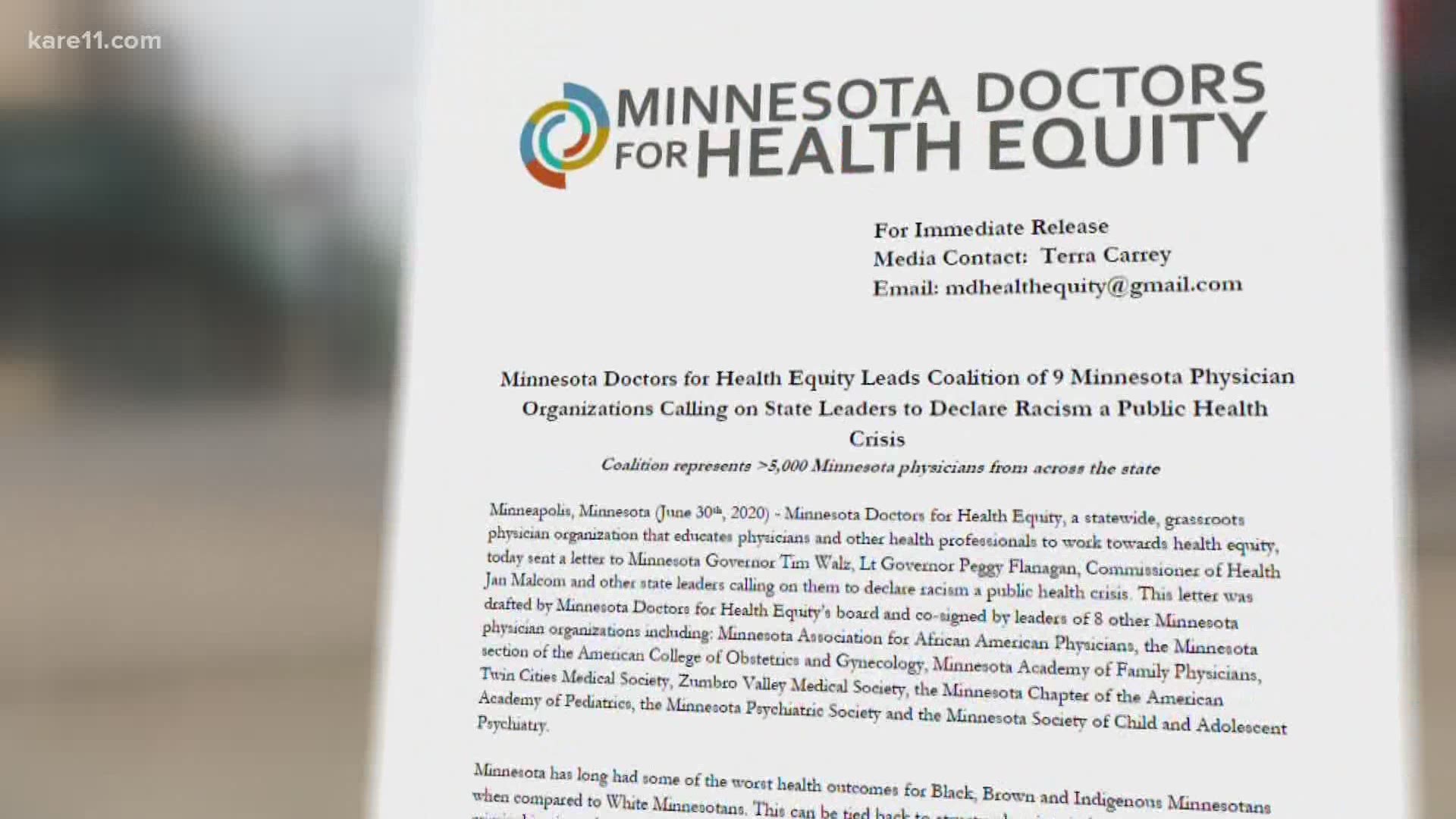 MINNEAPOLIS — The Hennepin County Board announced Tuesday that racism is a public health crisis. It said that due to racism, Black, Indigenous and people of color in Hennepin County have suffered deep disparities.

It's not just the county board that is saying this: some doctors in the state are also speaking up, publicly saying that they believe racism is a public health crisis, that they've seen it.

"We know there are facts of the matter, those in our Black communities, Indegenous communities, Brown communities have shorter life expectancies, increased risk of cardiovascular disease and cancer and obesity and diabetes," Aylward said.

As the president of the Minnesota Doctors for Health Equity (MDHEQ), Aylward said he sees the bigger picture behind why these facts are in fact the facts of this matter.

"Racism directly impacts people's health based on the actual stress of racist incidents," he said. "But much more powerfully, it's the structures that lead to the racist policies that lead to these other factors causing health issues."

Aylward is referring to systemic inequalities that lie in housing, access to transportation and food deserts, which all could lead to disparities in health outcomes.

Given all this, MDHEQ urged state leaders to declare racism as a public health crisis-- and it worked.

"The reality that health disparities are an issue in Minnesota is not new one," Aylward said. "But with COVID being as prevalent as it is in specifically the black community in Minneapolis, and then the murder of George Floyd and all the protests that were going on, it became clear that racism is something that is on people's minds. It is a significant health issue."

In terms of what kind of action follows this kind of urging and announcement, Aylward explained he's hopeful for a paradigm shift.

"Everybody needs to play a role in this from teachers to people working in housing," he said. "But for us, it's about physicians and health professionals using their voice. Our power and privilege to make change. Also the government needs to be involved and going through policies and eliminating racist policies and having an anti-racist approach to everything."

He added, "if there's a law or a policy, if a health system is making a decision they necessarily have to be including the people who those decisions most affect. If they don't, there's a high chance there's going to be a policy that exacerbates inequality."