The teacher featured activist Marsha P. Johnson as his "Person of the Day." 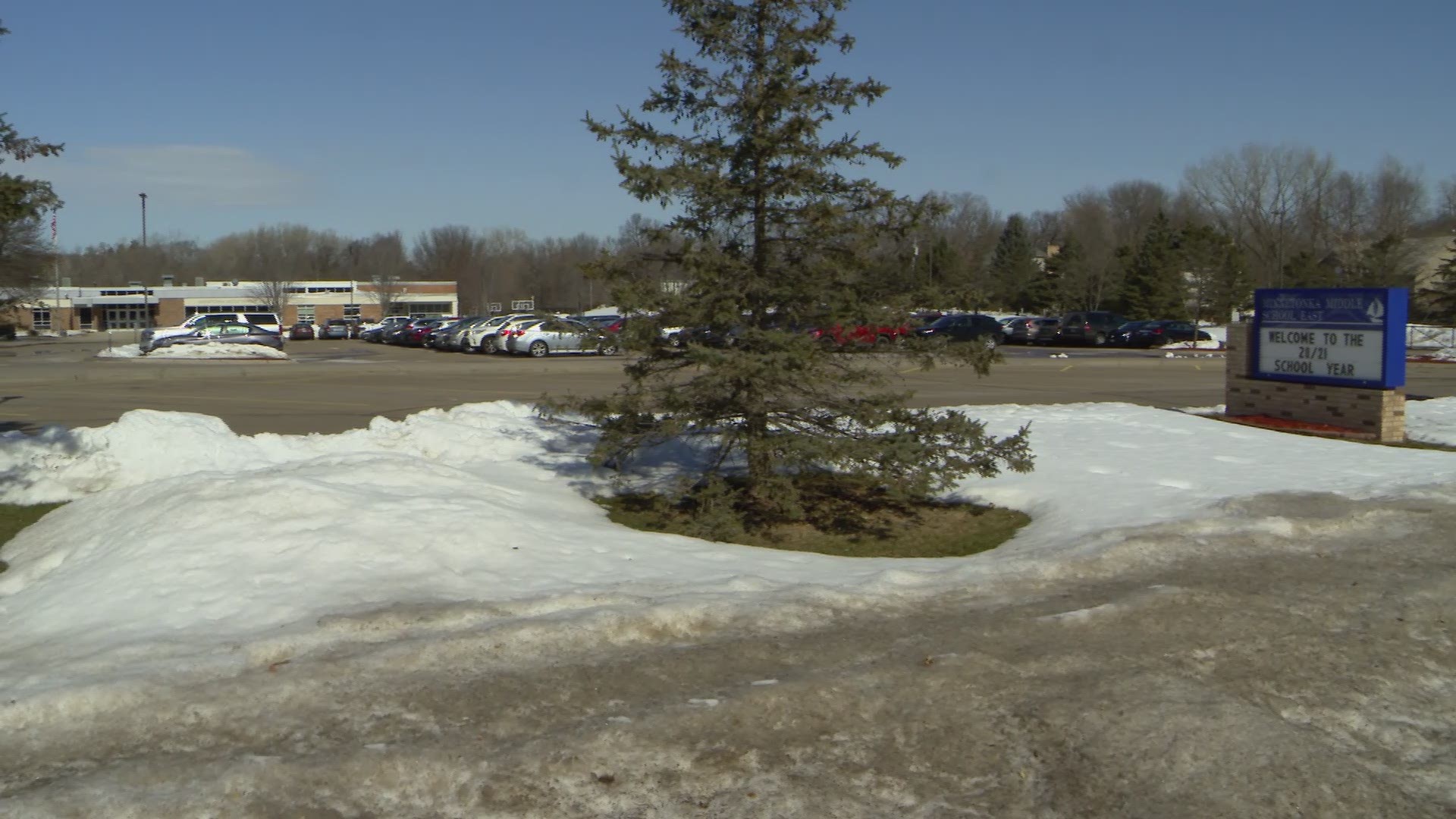 "Today's recommendation came in a while ago, I haven't had a chance to share about this person yet, but what a great addition to Black History Month," Perucco said on the zoom call.

"Johnson's work paved the way for a louder and more prominent voice in the injustices done in and to the gay community," he continued on the call from February 19.

The problem began when that video leaked, and the conservative leaning Daily Wire wrote an article saying that Perucco featured Johnson, "who was a transgender activist and drag queen who worked as a sex worker."

In no part of Perucco's three minute presentation does he mention Johnson being a sex worker.

Rob Tyler, whose son is in Mr. Perucco's class and watched the presentation, said he understands why some parents may be upset, but that times have changed.

"When I was in school, if that had been presented, 35 years ago, I probably would have been like, 'oh my gosh, this is so different than what I'm used to,'" Tyler said. "It wasn't part of the conversation back 35 years ago when I was in his shoes," he said, gesturing to his son who was doing distance learning from home.

"But today, as evidenced by his reaction, it's not a big deal," he continued. "I mean, he can understand the civil rights perspective."

Other parents have brought up the criticism on the school parents page that Mr. Perucco's list of people of the day only included those who identify as politically left leaning.

One parent, Julian Janes wrote, "to be clear, I don't think significant political and social justice education, particularly when it is biased in favor of either political leaning, is appropriate in our public schools."

In response to this, the principal of Minnetonka Middle School East, Pete Dymit sent a letter to parents saying he's heard about the situation.

Over the past few days, I have received many emails from parents, students and community members concerned about the negative attention MME teacher Colin Perucco is receiving in response to a person he highlighted during his popular “Perucco’s Person of the Day” segment on our MME Morning Show.

I want to let all MME families know that I feel Mr. Perucco is an excellent teacher who is highly committed to supporting the academic, social and emotional development of our students. He is loved by his students, respected by his peers, and I look forward to having him as a part of our staff for many years.

When earlier this year, I asked for volunteers to help in creating a morning show as a way of fostering stronger connections with students, and to provide them with a fun and engaging way to start off their day, Mr. Perucco was one of the first to step forward to help. I am very grateful to him and all the other staff who did so and helped to make our morning show such a popular feature with our students.

I think it is also important for you to know that as the leader of MME, it is my responsibility to provide guidance and direction to our teachers regarding the content for the morning show, especially when covering topics or content with the potential to been seen by some as questionable in content or developmental appropriateness. The MME Morning Show developed organically over a very short timeline, and in the scramble to get it up and running, I failed to put into place the necessary support and direction our staff needed. As a result, I inadvertently put Mr. Perucco in a difficult and vulnerable situation. It is incumbent upon me, as principal, to determine the age-appropriateness of content, the balance of content (including political perspectives) and the impact of content for such a show. Going forward, I commit to you and the staff involved in the show that I will take an active role in leading the content oversight.

I am grateful to all of you, our parents—who are so invested in your children’s education—and to our students—who are so passionate and thoughtful.
I ask that we all work hard to move forward together as an even stronger middle school community."

The Minnetonka Coalition of Equitable Education, a group that promotes anti-racist curriculum for students, stood behind Perucco and called the school's response inadequate.

"The damage had been done. The attacks on Mr. Perucco have taken on a life of their own, and those close to him report that he and his husband fear for their safety," their statement read in part.

The group has also written up requests to the school board, including actions to protect Perucco's future as an educator, as well as calling on the district for mandatory bias training for the board members.

The group is organizing a rally to support Perucco Thursday evening at 6 p.m., at the Minnetonka School District Service Center.

OTHER NEWS: VERIFY: Yes, this year's flu activity is far below average