"If we win, we are going to buy an RV for these kids. Three of my kids have autism so it is very difficult to travel." 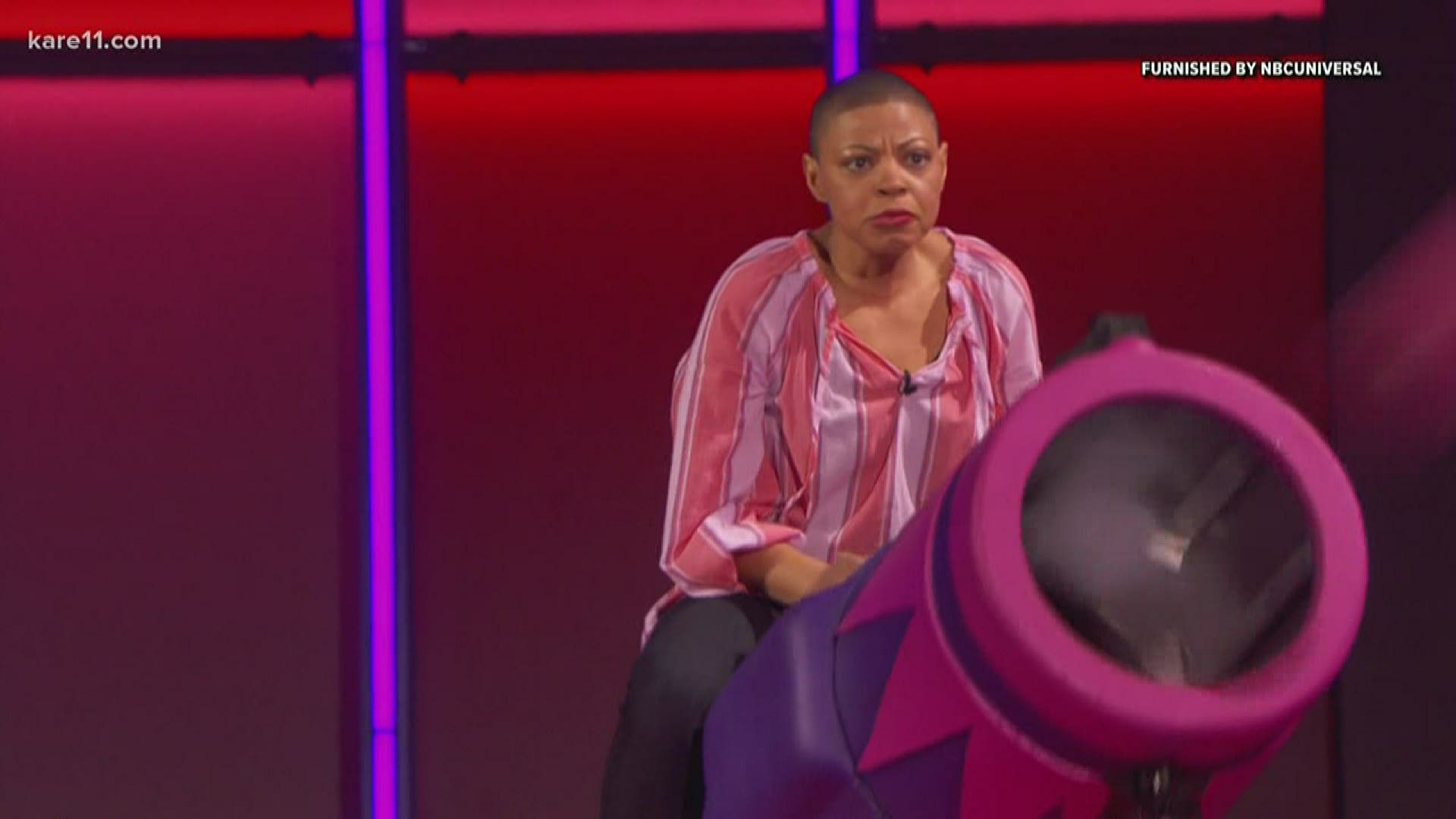 COTTAGE GROVE, Minn. — Sheletta Brundidge is as bold as the lipstick she wears.

And Tuesday, the world will see her boldness on a new level. The Minnesota podcaster and comedian is one of the contestants on Ellen’s Game of Games. In a video clip promoting the show, Brundidge is holding on to a moving cannon and then falls.

Contestants will play “Oh Ship,” “Son of a One-Eyed Monster,” “Taste Buds” and “Buckin’ Blasters.” The winner of each of the first four rounds advances to “Know or Go” and the person who wins that game advances to “Hot Hands” for a chance to win a cash prize according to a news released from show executives.

When we talked to Brundidge Tuesday afternoon, we couldn’t tell if she or her kids were more excited. She calls them the Brundidge Babies. Her son, Andrew, couldn't wait to spill the beans by saying his mom was thrown off a canyon.

“Ellen’s Game of Games” includes supersized versions of the most popular and action-packed games from DeGeneres’ award-winning daytime talk show, “The Ellen DeGeneres Show.” Contestants must maneuver massive obstacles, answer questions under crushing time pressure and face gigantic plunges into the unknown – all in a quest to win a big cash prize.

So how did she get on the show?

She competes to champion for her kids — the Brundidge babies.

Because of the price, the Brundidge family didn’t buy.

Instead, they rented an RV for a family vacation.

“It was amazing! We went down to Texas and we went to the state capital. We saw some authentic sites and we had a great time. We went to Oklahoma and saw some wonderful things there,” she said.

Despite their disabilities, Sheletta Brundidge says an RV would give her kids the ability to see the world.

“We don’t want our kids disability to keep them from seeing the world. We want them to have the life that any other child has,” she said. “Our children haven’t been able to go on vacation and see all of the cool places they read about in books like normal kids because they can’t fly.”

So, Tuesday night  she will hold on in an attempt to give her kids a ride of a lifetime.

“I’ll tell you what Adrienne, if I win I’m not even gonna cash the check. If I win, I’m going to get the check signed on the back and take it to get my family a brand-new RV and we are going to go camping right away,” she said. “You can quarantine in an RV camper."

Brundidge said the episode was recored in the summer, soon after a clip of her non-verbal son, Daniel, singing a popular Lil Nas X song went viral. Before that moment, her son barely spoke.

Earlier this month, Brundidge shared the story of her daughter's autism journey. She writes about it in a newly released book, Cameron Goes to School.