Could this be the best chicken coop ever?

While cooped up during the pandemic, Adem Vant Hull used the time to design the incredible backyard creation. 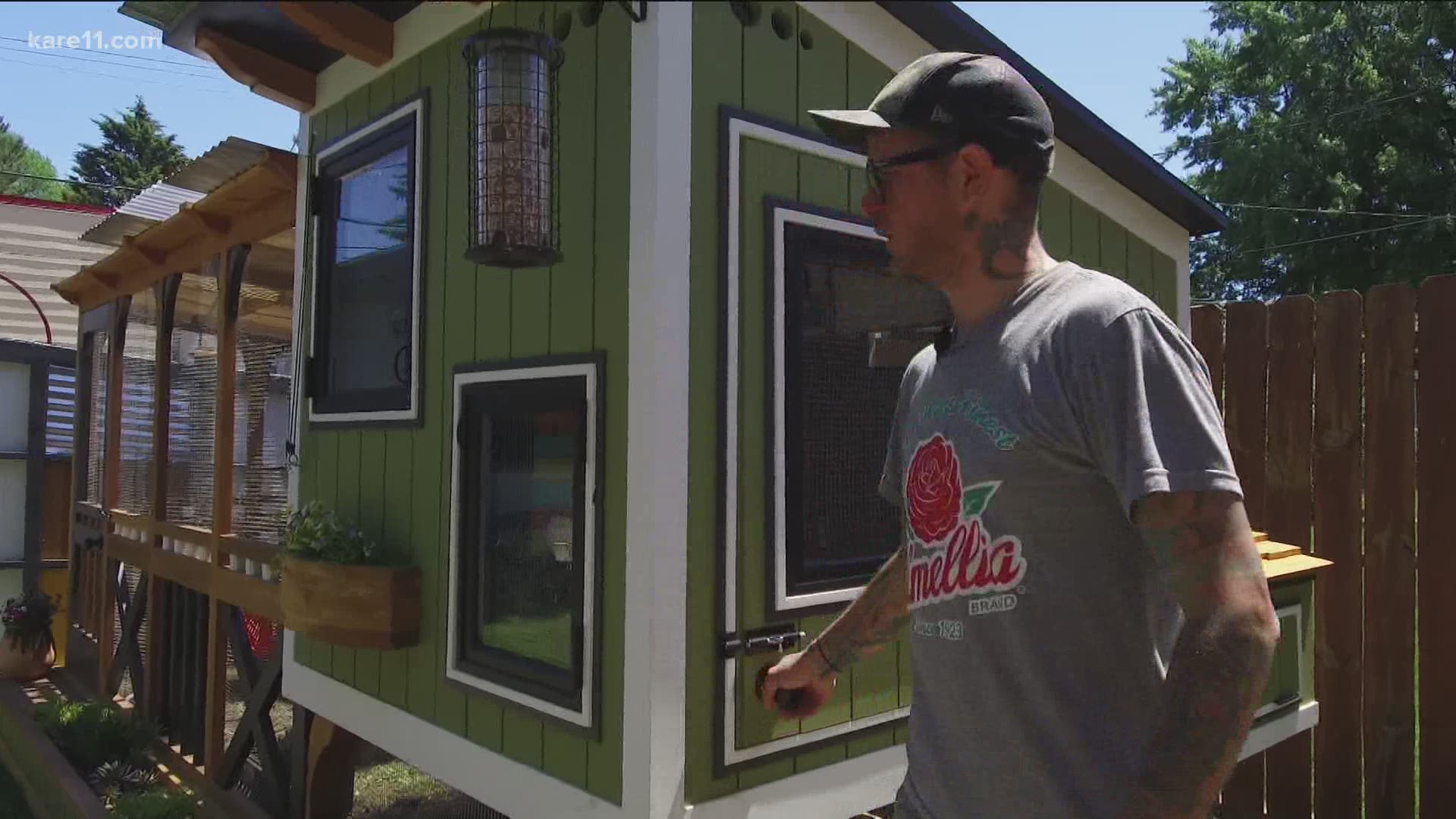 COLUMBIA HEIGHTS, Minn. — Many of us have developed new hobbies during the pandemic, but one man in Columbia Heights used that time to refine his craft by making a backyard chicken coop that you have to see to believe.

For Adem Vant Hull, being cooped up gave him time to work on his masterpiece.

"The first thing me and my wife wanted to do was a chicken coop," Hull said.

For Adem Vant Hull, being cooped up gave him time to work on his masterpiece.

From October to June, he picked through the scraps at the lumberyard where he works, designing and building a chicken coop that would make Bob Vila cluck with joy.

Recycled doors and windows for circulation with pull-string guillotine doors, which surround a featured stained glass piece in the center.

"He sold it to me for like a hundred bucks, probably the most I spent on any one thing," Hull said.

Inside? How about an art gallery.

"Got Jesus Christ, got some of my old chickens, got Al Copeland there, founder of Popeyes," he said.

Don't worry, we're told the chickens know that one is satire.

Speaking of satire, how about a drive-through egg drop?

"When it's February and my Cajun wife needs to grab some eggs all she needs to do is run out grab 'em and go," Hull explained.

And I know you might be wondering: why all this for a hen house?

Adem is from Minnesota but moved to New Orleans as a kid. It was there about 12 years ago where he built his first coop, and became a chicken guy with the tattoo to prove it.

"Some people like playing frisbee with the dog or petting their cats. I like watching chickens be chickens," he said.

Since moving back to Minnesota two years ago, raising his three year old boy Bo, the coop has become his slice of solace.

"I sit on that little milk crate over there, my son plays in the dirt and I drink a beer and watch them.

And that is chicken, done right.