The headline of the flier is a bold question. Race-Mixing: Is this seriously what we want for our future? 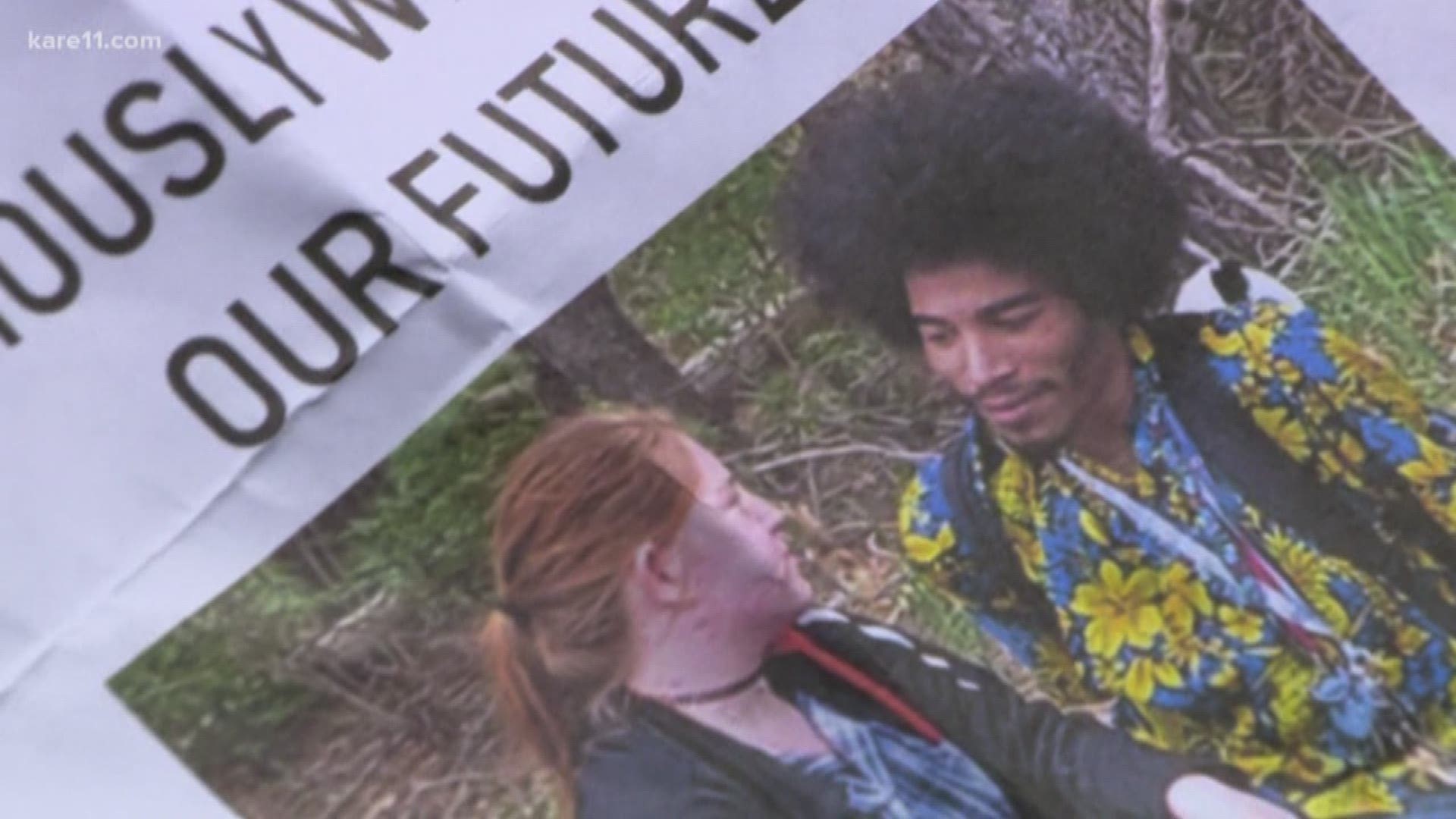 PRINCETON - A couple on a date in Princeton, north of the metro, said their picture was on a flier warning against mixed race relationships.

The headline of the flier is a bold question. Race-Mixing: Is this seriously what we want for our future?

It's followed by a photo with a black man and white woman gazing at each other. Underneath the photo, the following caption:

This picture, captured in our healthy northern town of Princeton, is the future that we can look forward to if good men and women do not take a stand against it. A future that is dark and where our descendants no longer look like us. The third line is in all caps with the message: Some of us still care. Love your own People.

Andre Benson of Crystal says he is in the man in the photo. He said the woman is his girlfriend Alanna Holida. Benson shared a post about the incident Sunday on Facebook. At the time of this writing the post had nearly 8,000 shares, 7.2 thousand comments and more than 10,000 responses.

The couple says it started Saturday. They were sitting by the side of the road when a red truck pulled up and the driver asked to take their photo.

“He was like, ‘Oh you guys are such a cute couple can I take your picture,’” Benson said.

The couple said after they declined posing for a photo, the man told him it was his constitutional right to take their picture because they were in a public place.

Princeton Chief of Police, Todd Frederick, said his officers were not able to find any physical documents posted around town.

“Nothing we have says that this didn’t happen. We don’t have enough information to determine what took place,” he said. “I tasked the country attorney and city attorney to see what criminal charges it would be. They can’t come up with anything criminal. Not sure what action we would take.”

The Chief added he received one call from a concerned member of the community insisting his department investigate. Frederick said he tried calling her back this afternoon with an update and the number was out of service.

Lee Gleason, Alanna’s father, said he is concerned about his family.

“I was scared for my daughter and her boyfriend for their safety. Who knows what could come of this. It is a scary thing to deal with,” he said. “I find this appalling. It’s unacceptable. Society is not like that anymore.”

Meanwhile, the allegations of racism were followed by outrage on social media.

Linda Kohlman, a retired pastor in the Twin Cites, is one of the thousands who shared the post.

She wrote, “This breaks my heart. Andre Bronson is one of the kindest, hardest-working young men I know. He is extremely talented musically and has not always had an easy life but has worked hard to further his talent and his education. I used to live in Princeton and still have many friends there - I hope they will speak up if they know this racist jerk and will let him know how wrong he is. And I hope others will do the same.”

If you have any information about this alleged incident, please contact Princeton police.