Dr. Bernice King says, "Without Coretta Scott King, there would be no MLK Day." 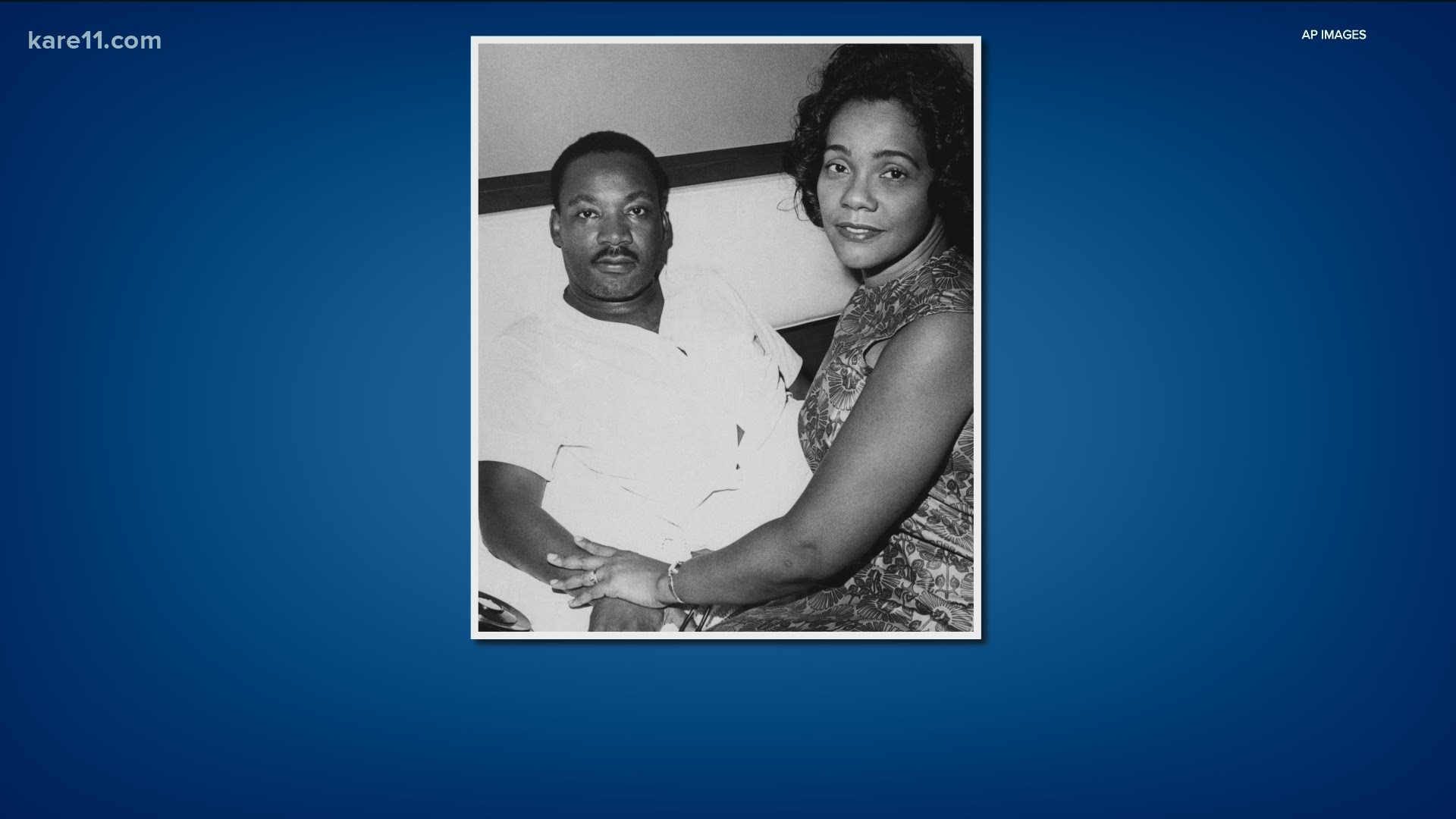 MINNEAPOLIS — On Monday morning, Dr. Bernice King, the youngest daughter of Dr. Martin Luther King Jr. made a simple request on Twitter, that resulted in her mother's name trending on social media and caused many Americans to take a closer look at the powerful legacy of Coretta Scott King as well as Dr. King.

"As you honor my father today, please honor my mother, as well," Dr. Bernice King wrote. "She was the architect of the King Legacy and founder of @TheKingCenter, which she founded less than three months after Daddy died. Without #CorettaScottKing, there would be no #MLKDay"

As you honor my father today, please honor my mother, as well. She was the architect of the King Legacy and founder of @TheKingCenter, which she founded less than three months after Daddy died. Without #CorettaScottKing, there would be no #MLKDay. #MLK  #BelovedCommunity pic.twitter.com/cLvgTjeUwE

"She picked up the torch," said Angela Medearis, who wrote a children's biography of Coretta Scott King in 1999. "The book that I wrote is called 'Dare to Dream' because that is something that she would say often, that you have to be courageous to dare to dream of things that your childhood, your surroundings, are denying you. Yet you still hold on to that hope and can inspire other people to have that same hope to dare to dream that there's going to be a better future for yourself."

Medearis says young Coretta was denied a chance to teach in Ohio because she was African American, so she pursued a dream of becoming an opera singer in Boston, where she would meet her future husband.

"A little known fact about her is that there was time when the civil rights movement, led by Dr. King, was running out of money," Medearis said. "So she put on a concert and it raised enough money to keep the movement going."

The city of Boston is now moving forward with a new sculpture, titled "The Embrace," in honor of the late couple. It is a 22-foot-high bronze sculpture depicting four arms embracing. It will memorialize the place where the couple met, while honoring both of their lives and legacies dedicated to racial equity.

RELATED: Where MLK and Coretta met and studied, a memorial will rise

"It's finally a time where we're recognizing that, in order for Martin Luther King to do what he did, he had to have a partner that was fully devoted to the cause as well," Medearis said. "Martin Luther King was gone a lot and so she would be left at home a lot with the children and they were often threatened with death."

Medearis says Coretta Scott King worked even harder after MLK's assassination in 1968, raising her children, speaking out about civil rights and founding the King Center for Nonviolent Social Change.

"I had an opportunity, when I was researching Dare to Dream, to go to the (King) Center and go through the actual archival documents and letters and photographs," she said. "It's so inspirational there, it gives you the opportunity to dare to dream. It gives the young people that come there for non-violence training to see how this can be possible."

Dr. Bernice King spoke about that non-violence training during today's General Mills MLK Holiday Breakfast, and the legacy of her mother's work.

"We have a definition at the King Center that says it is a love-centered way of thinking, speaking and acting that leads to personal, cultural and social transformation," Dr. Bernice King said. "I just want to make the statement that my mother did make. She said, 'Women, if the soul of the nation is to be saved, you must become its soul.'"