If passed this November, a ballot initiative would replace the Minneapolis Police Department with a new Department of Public Safety under city council control. 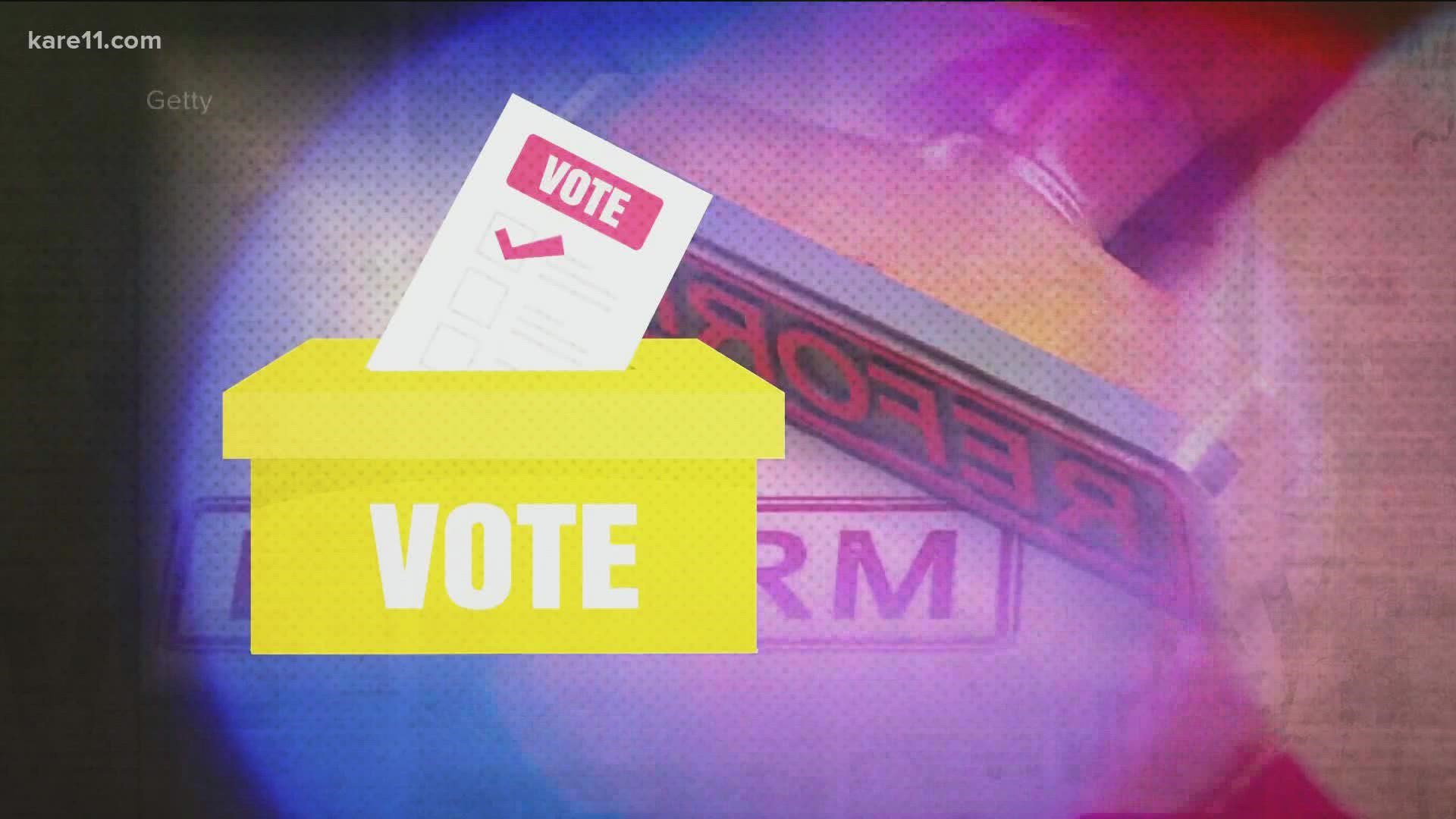 If passed, the ballot initiative would replace the Minneapolis Police Department with a new Department of Public Safety under city council control. It would not defund police but would create the landscape where the council could then do so.

Now the initiative -- championed by the most progressive of Minneapolis Democrats -- is being panned by moderates in the party.

“They're perceiving that the defund police movement, the ballot proposition in Minneapolis is very unpopular,” said political analyst David Schultz.

Schultz says whether the amendment's supporters like it or not, the issue of policing and the phrase "defund police" is resonating far beyond Minneapolis' borders.

And the GOP has taken notice.

Is this something that Republicans will use in 2022?

“There's no question about it,” Schultz said.

This week, Democratic Congresswoman Angie Craig in a statement said the referendum is "shortsighted, misguided and likely to harm the very communities that it seeks to protect."

“I just think the debate appears to be too simplified. I think it's just fraught with peril to use a slogan like Defund the Police,” Walz said.

And Friday, a spokesperson for Democratic Senator Amy Klobuchar wrote that she advocates for police reform legislation but, "She has also repeatedly stated her opposition to defunding the police. She does not support this ballot measure."

Vote Yes supporters are frustrated and say these politicians don't understand what the amendment does.

“It is unfortunate that these legislators and the governor have weighed in to something that they are not quite clear about yet,” said JaNae Bates, a spokesperson for Vote Yes Minneapolis.

“Even though technically it doesn't defund police, that was the message council members were sending more than a year ago,” Schultz said.

One year ago, KARE 11 conducted a scientific poll and found 73% of Minneapolis voters at that time supported some money from MPD to other services. Not a lot of polling has been done since then. But the most recent poll, done earlier this month found 72% of voters nationally are against "defunding" the police. There is sure to be a lot more polling done in the weeks leading up to November.