DJ Bonics is on a mission to collect 10,000 hoodies for Minnesotans in need

This holiday season, a Twin Cities-based DJ is encouraging others to give a layer of love. 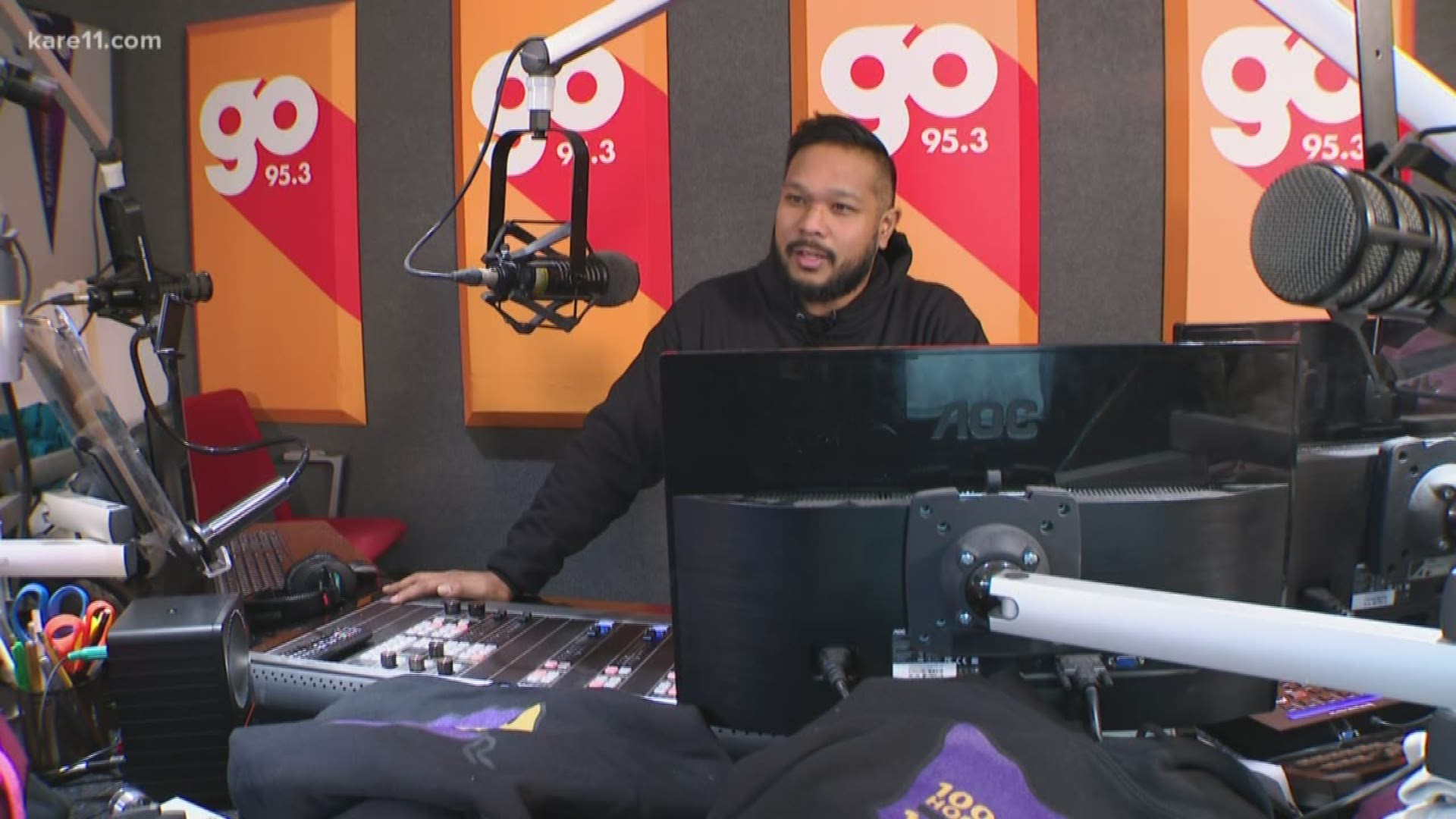 MINNEAPOLIS, Minnesota — Hundreds of hoodies can be found in the Go Radio lobby in downtown Minneapolis. The hoodies come from all over the world.

"It's something real simple that is really striking a chord with people," DJ Bonics said.

DJ Bonics, a midday host on Go 95.3 and DJ for Wiz Khalifa, was cleaning out his house last summer when he noticed all the clothes he owned that he wasn't wearing. After two years living in Minnesota, DJ Bonics was also aware of how harsh the winters can be.

"I know that there's people out here who have to go through these Minnesota winters and they may not have enough," he said.

So DJ Bonics launched a campaign in the end of October called "10,000 Hoodies for 10,000 Lakes"—collecting new and gently used hoodies. He's been documenting his progress on social media.

"I know that this is something that could connect with a young person or just people in general. We all have hoodies and so people have really responded to that because they're like, 'Hey, I have some that I don't need anymore,'" DJ Bonics said.

So far, people have mailed in or dropped off more than 3,000 hoodies. Many well-known DJs, recording artists, and record labels have also donated hoodies.

"Next week we're giving away 300 to the Disabled American Veterans of Minnesota. So many these hoodies are going right in the door and right out and it's serving people right here in the community," DJ Bonics said.

Credit: Jason Steussy
DJ Bonics with about 300 hoodies that will be going to the Disabled American Veterans of Minnesota.

The initiative will run through the end of the month. They're also collecting personal hygiene products.

"Sometimes when you're in a rut or you're stuck, most people think they need something. But I think that sometimes the answer is you need to give something and that opens your eyes up to something completely different. That's what it's done for me," DJ Bonics said.