'The worst I have ever seen it': Doctor describes healthcare worker burnout

"It is easier to go on if people have your back and support you. It gives you the adrenaline to carry on, but to have that turn a 180 has been difficult..." 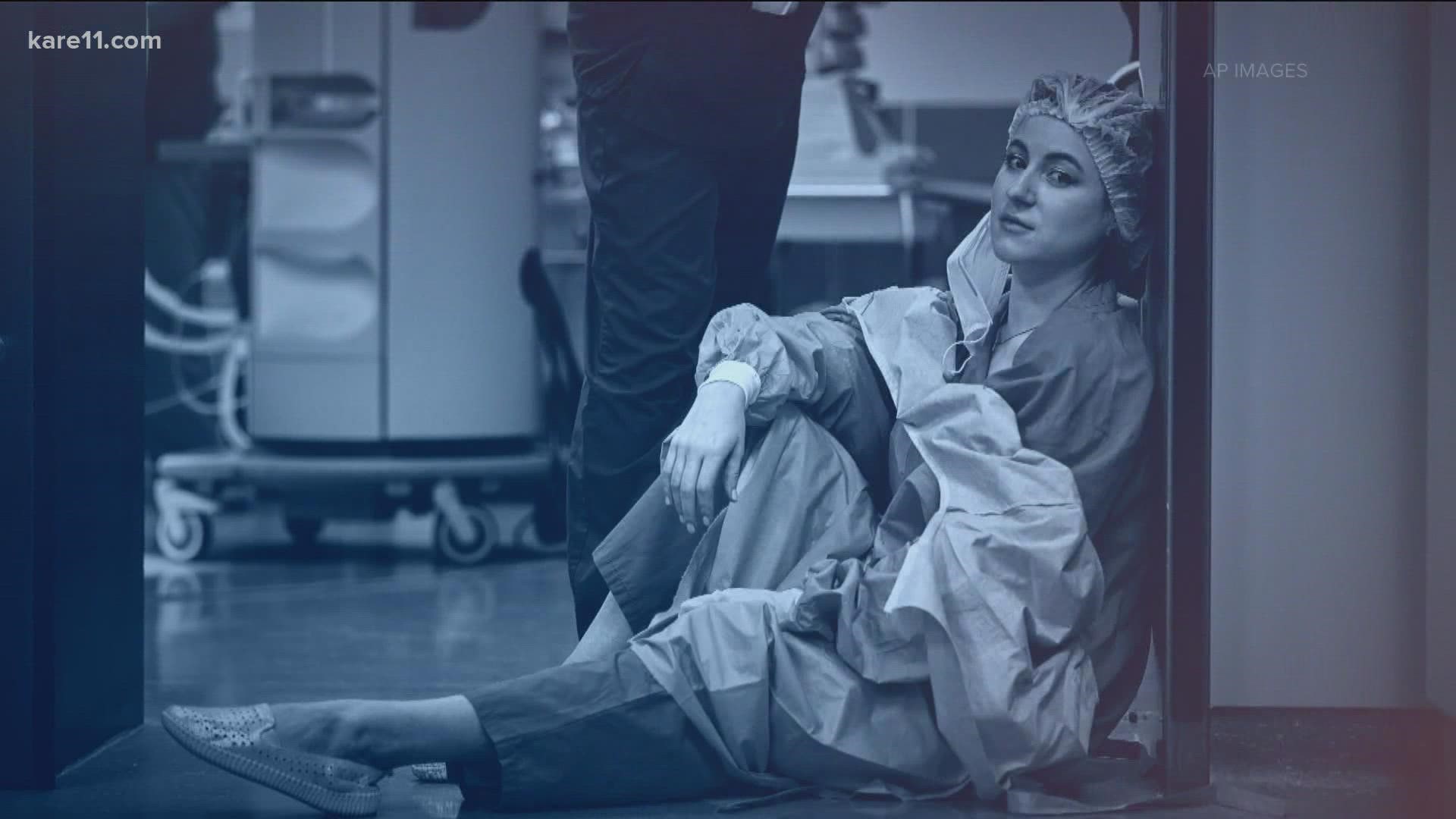 Doctors, nurses, therapists and aides all reported for duty when COVID-19 came.

They did their part, fighting waves one, two, and three — with now a fourth crashing ashore.

So what is the current health of the healthcare worker right now?

"It's ugly," says M Health Fairview's Dr. Bryan Williams. "Probably the worst I have ever seen it, and worst I ever will see it."

Dr. Williams is the chief wellbeing officer for M Health Fairview, and an ICU doc.

You heard him right. The state of mind for those we celebrated with flyovers and signs last year is terrible.

"There has been a shift. The public is tired of COVID and some come to deny it even exists," Dr. Williams says. "It is easier to go on if people have your back and support you. It gives you the adrenaline to carry on, but to have that turn a 180 has been difficult to say the least."

Healthcare worker burnout is, in a way, a pandemic brought on by a pandemic. It's gone on too long, and now it's doing so without all of the country having the back of its healers.

"I think it's what is leading to a lot of the burnout we see and a lot of the mental illness and loss of joy of the profession," he says. "To not have that respected, one of the most respected careers previously, life savers…to lose that has been devastating."

There may be those of you reading saying to yourself, "Well, this is what they signed up for."

And so with staff shortages in almost every hospital, they keep going.

But shortages mean they work longer hours. They walk closer to that line of burning out.

"It has been a big part of our problem in healthcare, is that, being a martyr, I can do more, I can take this in, don't worry about me because we don't like to show signs of weakness and that can have fatal consequences for some healthcare providers," Dr. Williams says.

Dr. Williams' job is to see the psychological strain before it gets to the brink, and when he does, he can't just take a doctor or nurse who is suffering and tell them to go back on the floor.

"This is not any different than veterans in war-time situations," Dr. Williams says. "You don't take someone with PTSD and put them back in. It's risky to them and maybe to the others they work around as they won't be themselves and maybe won't be able to care for patients like they should."

And no one wins in that situation, so Dr. Williams and his colleagues have a simple plea.

"We are looking for people to believe us," he says. "And to understand that we are not lying to them, we are telling the truth. We have an FDA-approved, safe mechanism to get us out of this mess."