Downtown Minneapolis looks much different than it did a year ago

Streets are still quiet, but as people are slowly trickling their way back into the downtown offices, there is a little bit of activity. 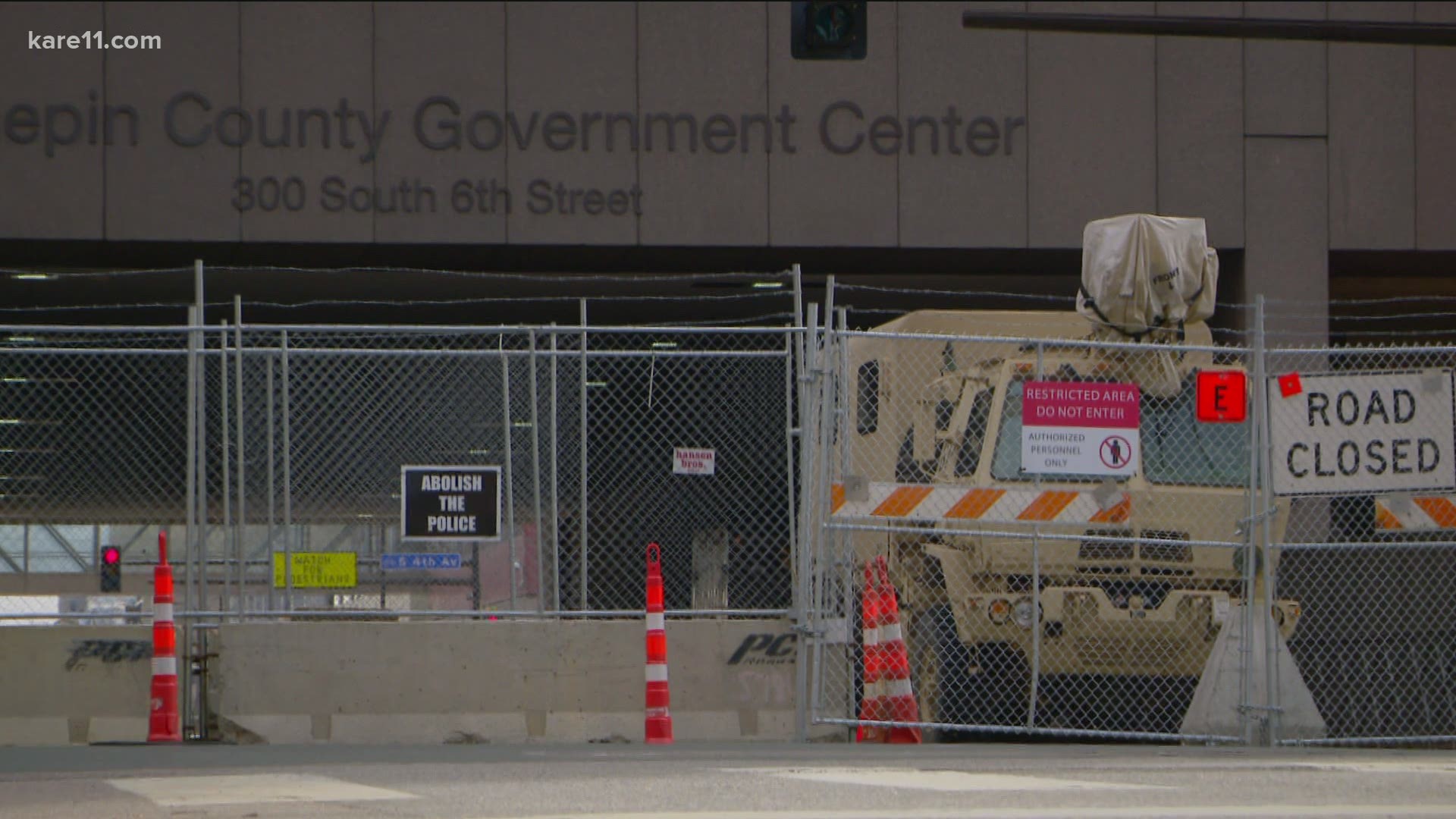 MINNEAPOLIS — For those of you who have not been in the downtown Minneapolis area in the last year, it's significantly different from what it used to be. Right now, City Hall and the Hennepin County Government Center are surrounded by barricades.

However, just a couple of blocks away from where all the legal action is happening, you can find that some parts of the buildings are boarded up. It really is a familiar scene from last summer.

Streets are still quiet, but as people are slowly trickling their way back into the downtown offices, there is a little bit of activity. It's definitely not like how it used to be – especially if you knew what the lunch hour used to look like.

But the further away you get from the government center, the more likely it is that the scene will turn into the good old Minneapolis you know and love.

On busy streets like Washington Avenue, new condominiums and apartments have popped up.

If anything, the opening of the high rises is evidence that no one could have predicted the pandemic, nor the tragedy that shook our city last summer.

At this point there are two things to remind ourselves. One, the trial will eventually come to an end--two, the pandemic hopefully will soon too – so the question we need to ask ourselves now is, what can we do moving forward to make downtown Minneapolis a better place to live for everyone?

RELATED: Minneapolis increases security ahead of the Derek Chauvin trial