Duluth singer brings joy to neighborhood with his voice

Rickey Lee Biggs says he was simply just tired of hearing himself sing in his basement. 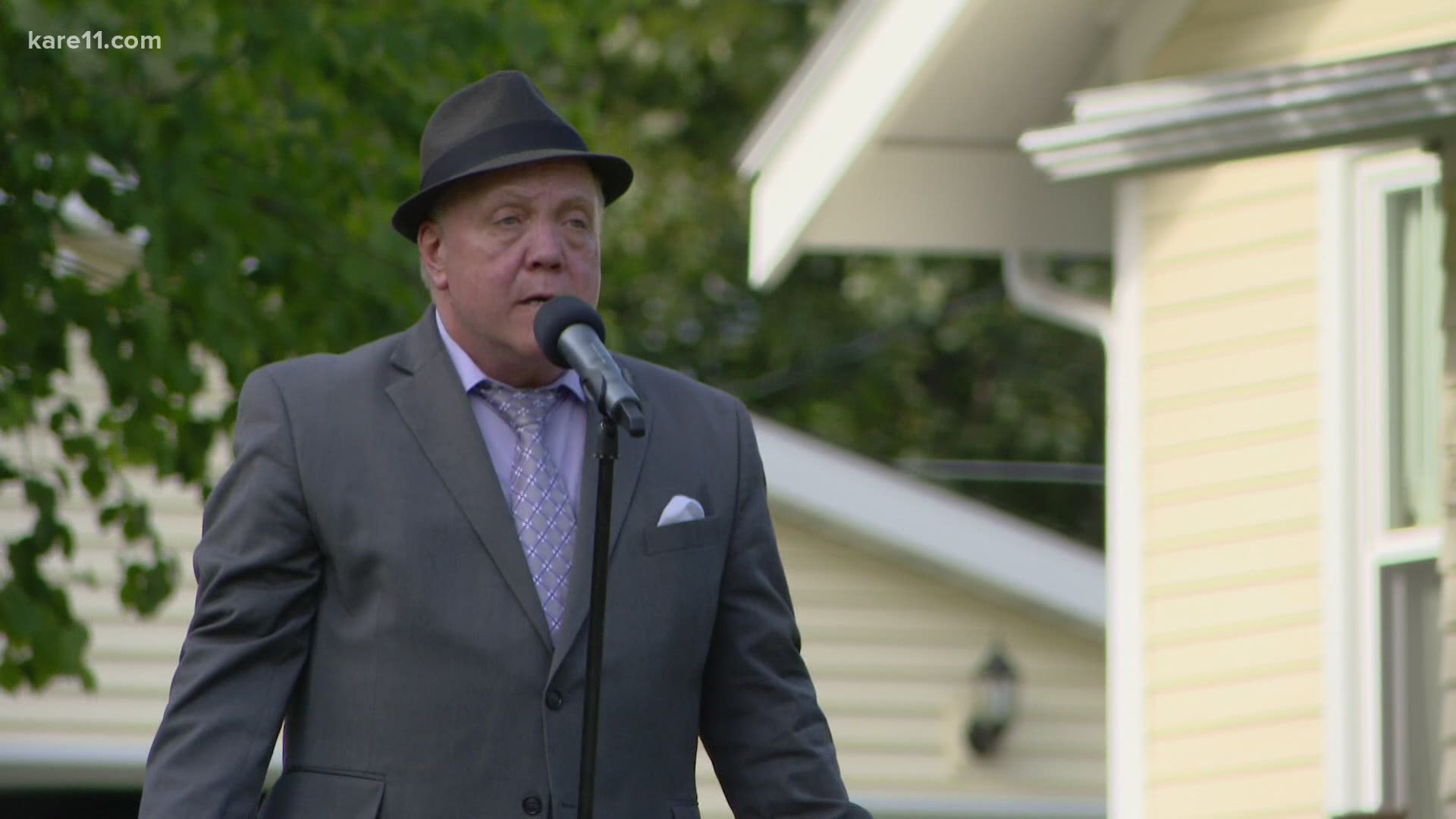 DULUTH, Minn. — Human interaction. Eye contact. Good company. These are all things that we might be missing right now as we stay home during the pandemic.

As someone who grew up surrounded by music, Rickey Lee Biggs said he's been finding the pandemic-induced silence deafening.

"My mom listened to show tunes and my dad listened to Sinatra and Ella Fitzgerald and Sammy Davis Jr. and everybody," Biggs said. "I was singing every night in my basement keeping my voice up to strength and I had had it. I wanted to play for some kind of audience."

Turns out the best thing about home ownership is that you can do whatever you want. So Biggs decided he'd throw a concert. For himself, for the birds, for whoever was walking by, for no one in particular.

He put on his best suit and fedora. He brought bottles of water, set up a computer, speakers and a mic for his show.

"If people can get joy out of what I'm doing that's just great because I'm getting joy out of doing it," he said. "I try to project that joy, and if they can pick that up and have some fun and forget for a little bit, that's really all I can expect."

RELATED: Clothing for kids, made by kids in Minnesota

On Thursday, Biggs put on his third porch concert. He said he's been doing one each week, and it's been a big hit with the neighbors. His wife Molly, the luckiest of them all, who gets to see it every single week.

"I am going to come out and sing for no one," Biggs said with a giggle. "Because it's not the basement."

Shuttered in the basement no more, Biggs broke out Elvis, Sinatra. The standards. His concerts had no rules, other than social distancing.

"I had a record for a talent scout for a record company tell me that, 'you're the best singer in here, I would sign you in a heartbeat but you're not 20-years-old,'" Biggs said. "Can't do anything about that, I can't get mad about that."

But in his Duluth neighborhood, none of that matters. Each concert night is about the vocals and how they make everyone feel. Normal might not be a familiar face for a while, so good thing for good company.

RELATED: 12-year-old bagpiper cuts through the quiet for seniors stuck at home