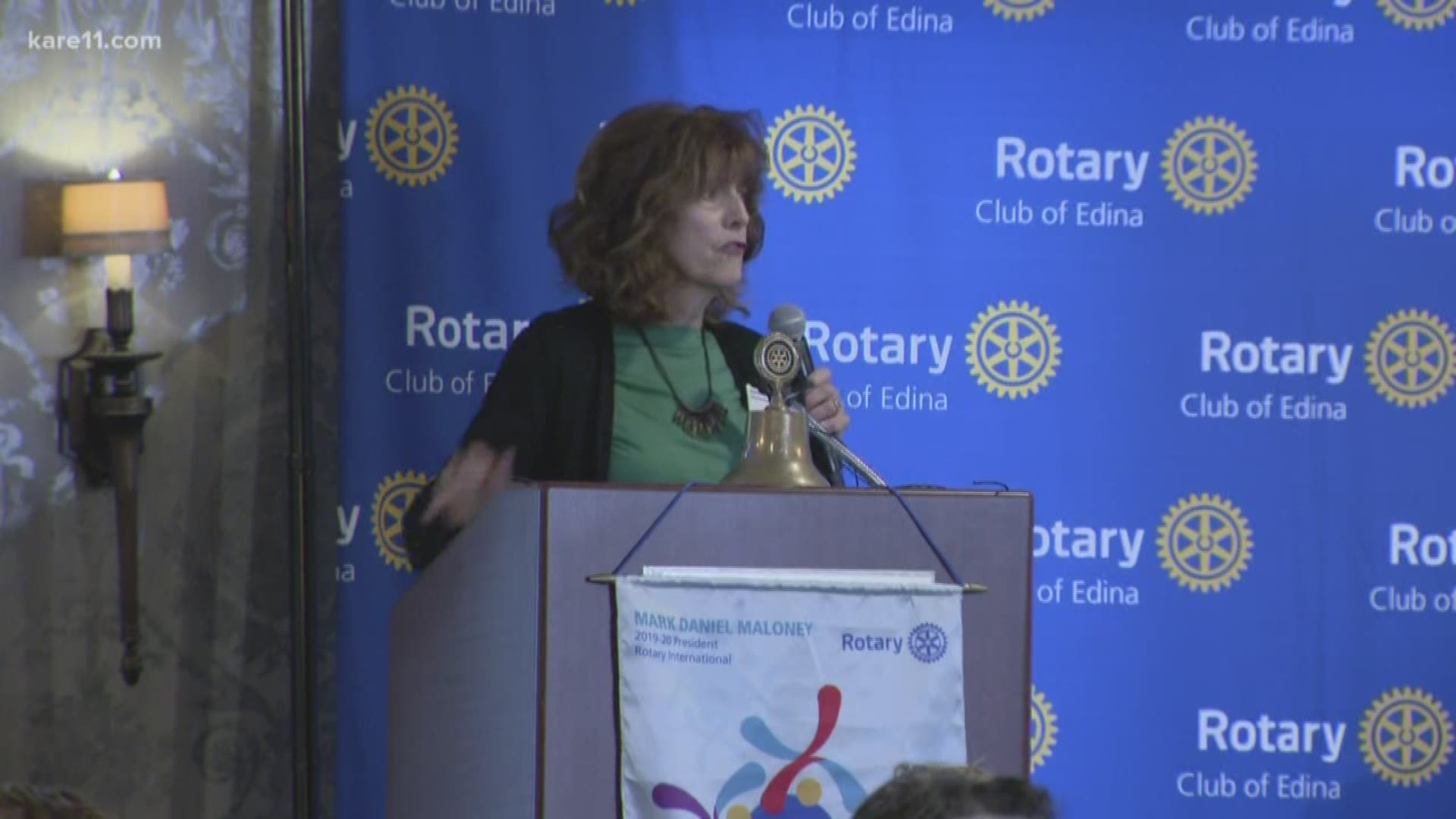 EDINA, Minn. — To many Minnesotans, human trafficking is a problem in far away places, other countries and continents, not here in their own backyard.

Harberts learned that sad truth at a recent conference and couldn't believe it, that even kids as young as five can already be on the path to a life of sexual exploitation.

Statistics show one in seven kids are sexually abused and later in life they're more likely to fall victim to sex trafficking.

93% of adult sex trafficking victims were sexually abused in their elementary years and never tell anyone about it.

So, Harberts and a few members convinced the rest of the rotary to help parents do just that.

They raised $10,000 to give 3rd graders in Edina schools training on how identify sexual abuse.

This Fall the Super Hero Kids program will teach kids how to identify sexual abuse and how to tell an adult about it.

The program uses the super hero theme to empower the kids and to teach them a difficult lesson in a way that doesn't scare them.

"Teaching them to trust themselves and trust their feelings. If something doesn't feel right, it's not right and don't keep secrets."

But the rotary didn't stop there.

On Thursday the Edina Rotary invited members of other rotary groups from 22 different cities to show them the program and to teach them about the issue.

The group invited a panel of three experts to come and speak about human trafficking.

The panelists each represented a different phase of the human trafficking cycle, from the beginnings as a sexually abused child, to life as a sexually exploited teen or adult, and finally law enforcement’s attempts to intervene.

"We know that 0.02% of trafficking victims find freedom,” Carla Marroquin of Protect Me Project told the crowd.

“The recidivism rate is between nine and eleven times that they will go back to the life of human trafficking."

You read that right, experts say people who are caught up in the life of human trafficking often don't know anything else and often choose to stay in that abusive lifestyle.

That's why experts say breaking the cycle before it starts, by teaching kids to identify it, is the best way to save them.

To learn more about the Protect Me Project click here.