A student says the school did not allow her to hang posters she made for Black History Month. 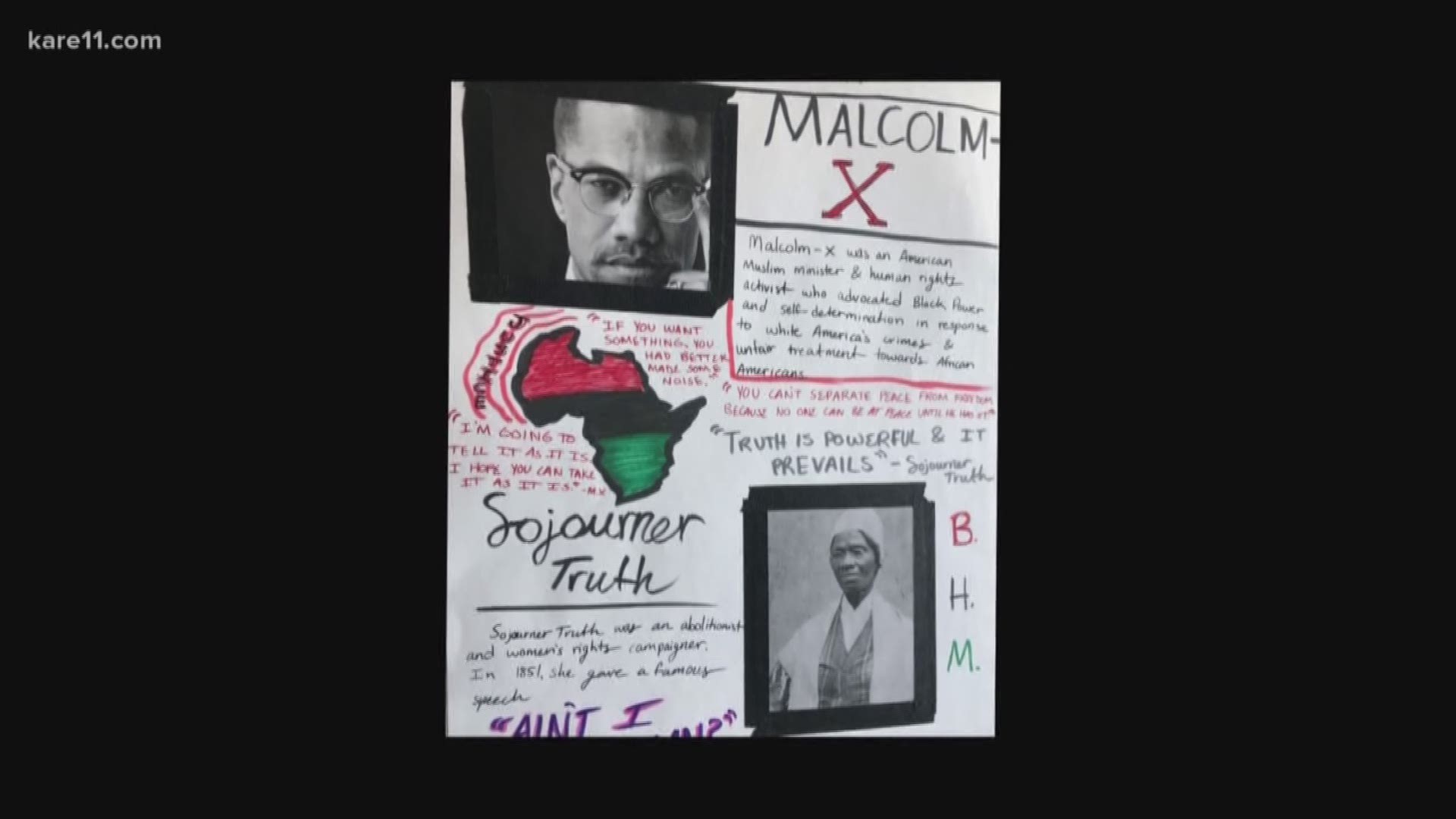 Tonya Blackstone-Coleman said her daughter, Faith, helped create the posters. It was her daughter, a sophomore, who presented the idea to school officials after noticing little representation during Black History Month.

There was one poster with an image of Malcolm X. Another displaying a photo of Emmett Till -- the 14-year-old whose murder propelled the civil rights movement of the '60s. Other posters displayed activist Huey P. Newton and a raised fist with the meaning behind it.

“I asked why. (The equity coordinator) told me, they had to meet the community where they are was her exact words. They have to be careful about the message they put up in the building,” she said. “I gave her a chance to clean up what she said but she rolled with it. I took that as, the comfort level for the majority of the community was more of a consideration than the minority, African American part of the community to be able to celebrate their history.”

Coleman said district officials also told her they were afraid (the poster) would evoke a negative reaction from the students who don't agree with the Black Lives Matter movement.

“Their history can't be censored. They should feel OK and empowered to showcase whoever they want and in any way, they want,” she said.

The district did not response to our request for an on-camera interview but sent a statement an hour before our story set to broadcast:

"A student approached Chaska High School administration with the request that a poster they created be approved for display on school walls for Black History Month; the poster included the political movement, Black Lives Matter. The student handbook states, all posters, flyers and signs from all school groups and events must be authorized and signed off by school administration in order to be displayed on school walls. Chaska High School only saw one poster out of eight that the student created. The remaining seven posters were not displayed because they were never brought in for review. Chaska High School’s intercultural specialist along with administration expressed reservations about exhibiting the standalone poster as they believed the content required dialogue directed by teachers. The Student Equity Team, a group of 12 diverse students in grades 9-12, also expressed concerns that the first poster would detract from conveying to the student body the deep history of blackness in America as it may politicize the school environment. Chaska High School administrators and the Student Equity Team asked the student to share the other posters in order to review them for display.

Over the last two years, K-12 schools across the country have experienced increased tension in regard to race relations as well as political and social issues. At Eastern Carver County Schools, we value student voice, inclusivity, and we are proud of how our students deal with these important issues. For example, today, Chaska High School participated in a student assembly with the theme of respect. Students engaged in a presentation led by leadership. After the presentation, students went back to their classrooms to have conversations, facilitated by teachers, around civil discourse, conflict resolution, and respectful language."

Meanwhile, to understand frustration among parents and students in the Eastern Carver County School District, you must look back at the patterns of blatant racism in the school district.

In December, KARE TV spoke with a family who said their son's gym shirt was stolen from his locker and returned with the N word written on it. No disciplinary action was taken.

In February, some Chaska students were accused of wearing blackface taunting other black students on social media.

And in 2018, the district made national headlines when students at a Chaska High School football game were accused of wearing blackface. In February, Coleman expressed concern during a school board meeting.

Turns out, portions of her audio from that meeting were not recorded.
The district said there were issues with the recorded playback audio.

Wednesday, parents and students planned to hold what they call a Black History 365 UNCENSORED program. The posters that were denied for display were presented during a black history celebration.

“Kids are upset and showing their dissatisfaction. They can't keep turning a blind eye to what is going on,” Coleman said.