The Truck Park shooting in St. Paul is a mass shooting by some definitions, but not others. The difference is important when tracking pandemic violence. 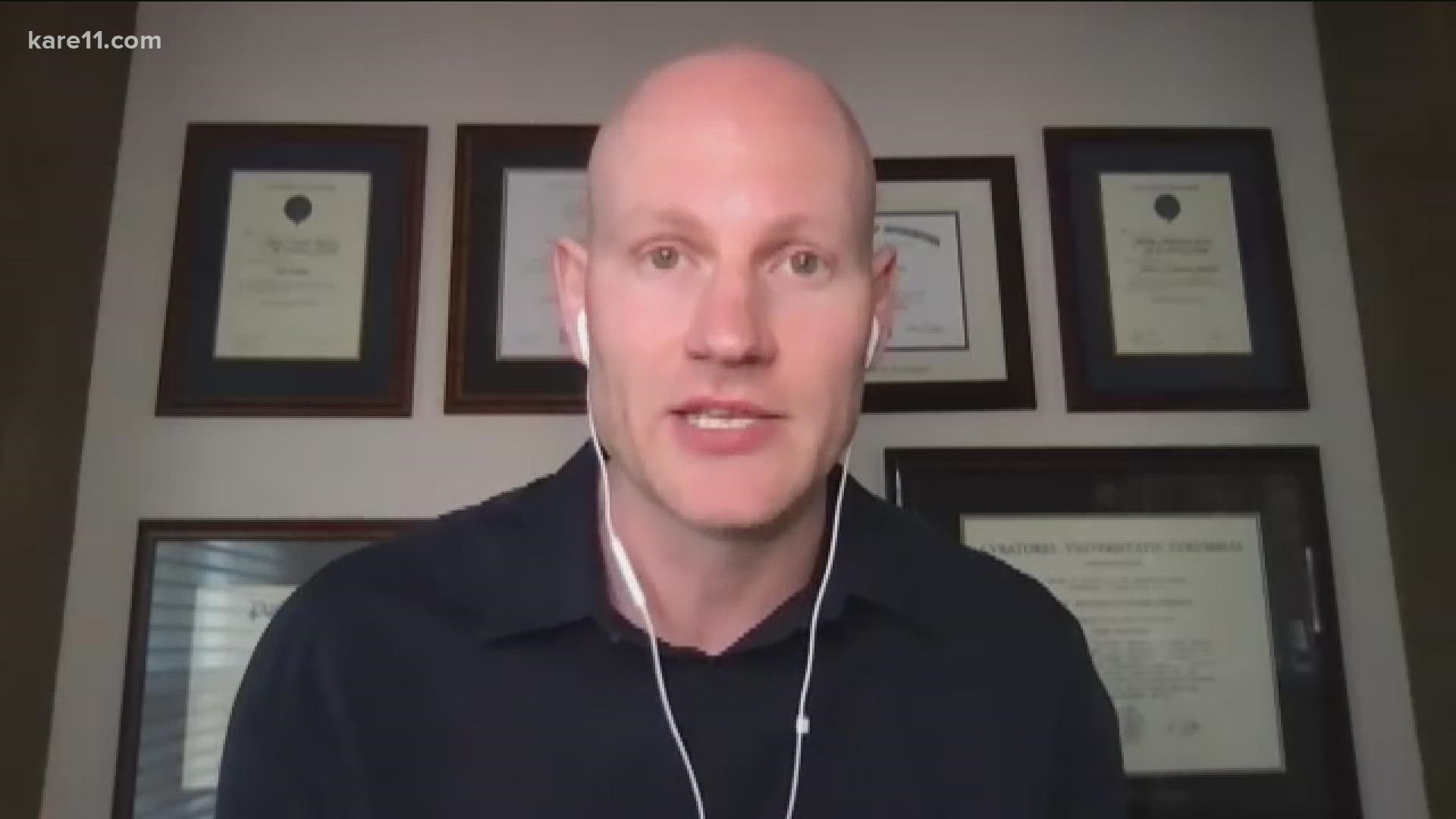 ST PAUL, Minn. — Even though the shooting at the Seventh Street Truck Park in St. Paul resulted in one death and 14 people wounded, questions persist about how to categorize it.

The term mass shooting has been defined in several ways over the years and the numbers associated with each categorization convey much different trends, especially during the COVID-19 pandemic.

"I think using that term, 'mass shooting' is important because it gets people to take notice and to pay attention," said professor Dr. James Densley, department chair of criminal justice at Metropolitan State University, and author of the new book: “The Violence Project: How to Stop A Mass Shooting Epidemic.”

Densley has researched mass shootings for years and as co-founder of The Violence Project, he helped create a database of mass shooters. But that work has primarily focused on an old, FBI definition of mass shootings, which only counts shootings in public spaces that result in four or more deaths, not including the shooter.

"The reason for the distinction (between shootings) is because the motivations and the profiles of the offenders tend to be different," Densley said. "The kind of psychological and sociological underpinning of that crime might be a little different to a shootout in a bar.

The pandemic actually saw a pause for nearly a whole year on the traditional public mass shooting, with four or more people killed. We literally didn't have any for a year. When society started to open back up again, back in March of this year, we had a succession of them, so now we've had about five across the country."

A more recent definition of mass shooting, widens the scope to include shootings that result in four or more people killed or wounded. Densley says that number has trended in a much different direction.

According to the Gun Violence Archive, mass shootings in which at least four people were injured, jumped from 417 across the country in 2019, to 611 in 2020. There have already been 557 of those mass shootings in 2021.

"This is the scale of the tragedy at the moment, and it's massive," Densley said.

It's not just mass shootings either. There were more than 21,000 homicides across the US in 2020. That was a 30 percent increase over 2019, marking the biggest jump in roughly 60 years.

"We do think the kind of emotional trauma and the economic instability of the pandemic is part of the issue," Densley said. "But we've also seen a massive increase in gun carrying in public."

Densley says that only accounts for the legal gun purchases.

"In turn, you've got a rise in illegal guns on the streets as well," he said. "We're hearing, anecdotally, from law enforcement that they've seen a massive increase in the number of guns on the street, so you add all these things together and that kind of gives you that perfect storm."

And in the aftermath of the latest storm in St. Paul, Densley says he hopes everyone will come together to pick up the pieces.

"The important thing to stress is, any act of gun violence is a tragedy," he said. "Particularly when multiple people are shot, we can't normalize this idea that this is just business as usual, or acceptable. That's the sad thing about mass shootings in general. From our research, what we see is when we fail to act, it becomes routine. We absolutely need to do something about this."

But he says that doesn't mean retreating to our corners, and picking up arguments that fit certain political views.

"What we've found in our research, is, way too often, people will pit imperfect solutions against each other," Densley said. "They'll say, because this won't solve every episode of gun violence from now into perpetuity, we shouldn't do it. That's, of course, the complete wrong way of going about this. What you find is you need imperfect solutions, it's like Swiss cheese.

We need a law enforcement response, but we also need a community response, and the underlying factor in all of this is the presence of these firearms, so there's a lot of things that we have to do and those imperfect solutions, layered appropriately, can get us closer to the perfect solution."