The Benders say they received the anonymous letter on Monday. They are asking parents to have a conversation about kindness as children prepare to return to school. 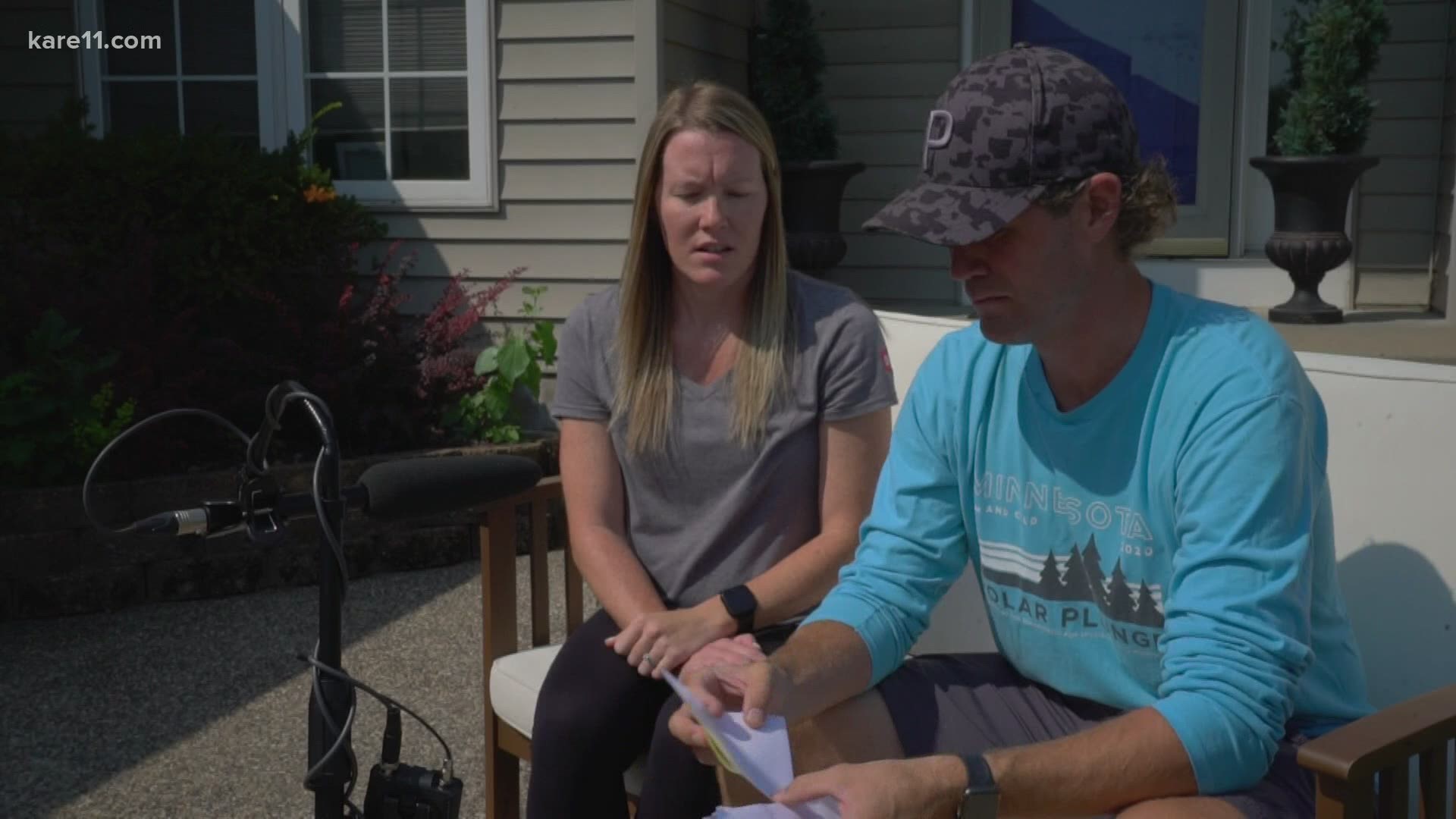 SAVAGE, Minn. — For some, a mailbox means many good things. Letters, save-the-dates, Thank You cards...

However, the envelope that Brooke and Travis Bender received on Monday carried nothing but hate.

The envelope, that addressed the "Bender's" didn't have a return address but had a stamp. When Brooke opened it, there was a piece of paper that bore two sentences that were typed and printed out.

Brooke said she honestly was confused when she opened the letter and read it.

"Initially it was shock, I didn't know if it was a joke--then I realized that there's no way somebody would make a joke about that," she said. "I think for the past few days it's been moving from shock to sadness to anger and just sad still."

Their 8-year-old daughter Aubrey is as sweet as they come. Aubrey was born with a rare genetic disorder called Cornelia De Lange syndrome, that makes her petite compared to other 8-year-olds, and leaves her struggling to understand social cues.

However, she's a happy-go-lucky 8-year-old.

"She's super friendly," Brooke said. "It doesn't matter if you're a stranger, she walks right up to you she says hi. Everyone who walks by our street she says hi."

Both the Benders say they agree that it's a blessing in disguise that Aubrey doesn't understand the situation.

"The beautiful thing about it is that she doesn't understand it," Travis said. "So for us, it's hurting us more than it is her. Like Brooke had said, whether you're laughing at her or with her, she doesn't care--she's laughing."

The fact that there was no return address leads us to believe it was an act of cowardice. However, the Benders say they want to bring awareness so that they can encourage others to have conversations with each other and with their kids about kindness.

"I think just this is a good reminder for all of us as we're going back to school to have those conversations with your kids about people who might be a little different," Brooke said. "Not being afraid to say something to your friend, who has something to say about someone who is different maybe not in the best words you know?"

Aubrey will be returning to school in the fall. Brooke and Travis said they have alerted the police about the situation just in case the harassment continues. They also said they have reached out to their school district to alert them as well.