Six students brought the suit against Eastern Carver County Schools, through their parents. 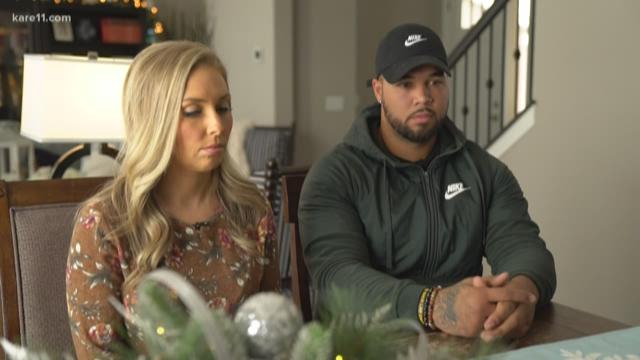 The nearly 50-page federal lawsuit alleges African-American students have been called "monkey," told they "don't belong," physically assaulted, racially profiled, and even threatened to be killed because of their skin color. As a result, it claims African-American students in ISD 112 have  suffered emotional trauma, substantial disruption to their education,and several have left the district out of fear for their physical, personal, and educational well-being.

Six students brought the suit against Eastern Carver County Schools, or school district 112, through their parents. Attorneys representing the families say "four out of the six plaintiffs left the district because of the rampant racism.

KARE 11 has covered sever incidents of blatant racism within the district. In December 2018, a black middle school student discovered that white students had stolen his gym shirt, written the “N word” on the shirt in three places, and stuffed it back in his locker for him to find.

In February, a picture of two white students wearing a charcoal cosmetic mask and using a racist hashtag, “#blackface” went viral on social media. That same month, the lawsuit claims district refused to allow African-American students to display several of their Black History month poster themes because they were too “controversial;” whereas, white students were allowed to carry “all lives matter” signs under the guise of free speech.

And In May 2019, the district allowed a picture of a white student wearing blackface to be printed in the Chaska High School yearbook.

Attorney General Keith Ellison held a listening sessions last month after hearing about multiple incidents in the district. He encouraged all parents to write a letter documenting their concerns.

“If they write a letter and detail the problem and what they believe might be solutions and who the parties are involved, that allows me to turn that over and could lead to  investigative action which could lead to a better outcome,” he said.

The parents have written letters, filed complaints and now  they want this case to be heard in court.

An attorney representing the families, Anna Prakash, said she  and her clients hope this lawsuit leads to meaningful change. The families want a jury to hear their case.

“We thought the district would have done something earlier,” she said. “They want to be heard by everyday people. The want the case to be heard in court.”

On its website, there is an open letter to Attorney General Keith Ellison from Superintendent Clint Christopher. The district acknowledge it has had problems and outlines what steps they’ve taken to combat some of the problems.

“Our School Board, and our district staff, are committed to an educational environment where all students feel safe, welcome, and included, and have the tools and resources to succeed. We have not yet realized that for every student and have been working in earnest to move the needle and improve outcomes for every child that walks through our doors,” Clint Christopher says in the letter he signed.  “Our district’s investment in building equitable outcomes for all students started with more intention in 2017. Given the incidents in our district over the past year, this work has accelerated. With the hiring of our new director of equity and inclusion in July, our work will now become more consistent across buildings in the district and directed by a strategic action plan that will not just guide our work but create benchmarks to which we can hold ourselves accountable.”

To read the statement visit http://www.district112.org/blog/2019/08/30/district-letter-to-attorney-general-ellison/