From flag bearers to gold-medal favorites, local Paralympians ready for the spotlight

Two Minnesotans led Team USA into the opening ceremony of the Paralympics, and they're just getting started. 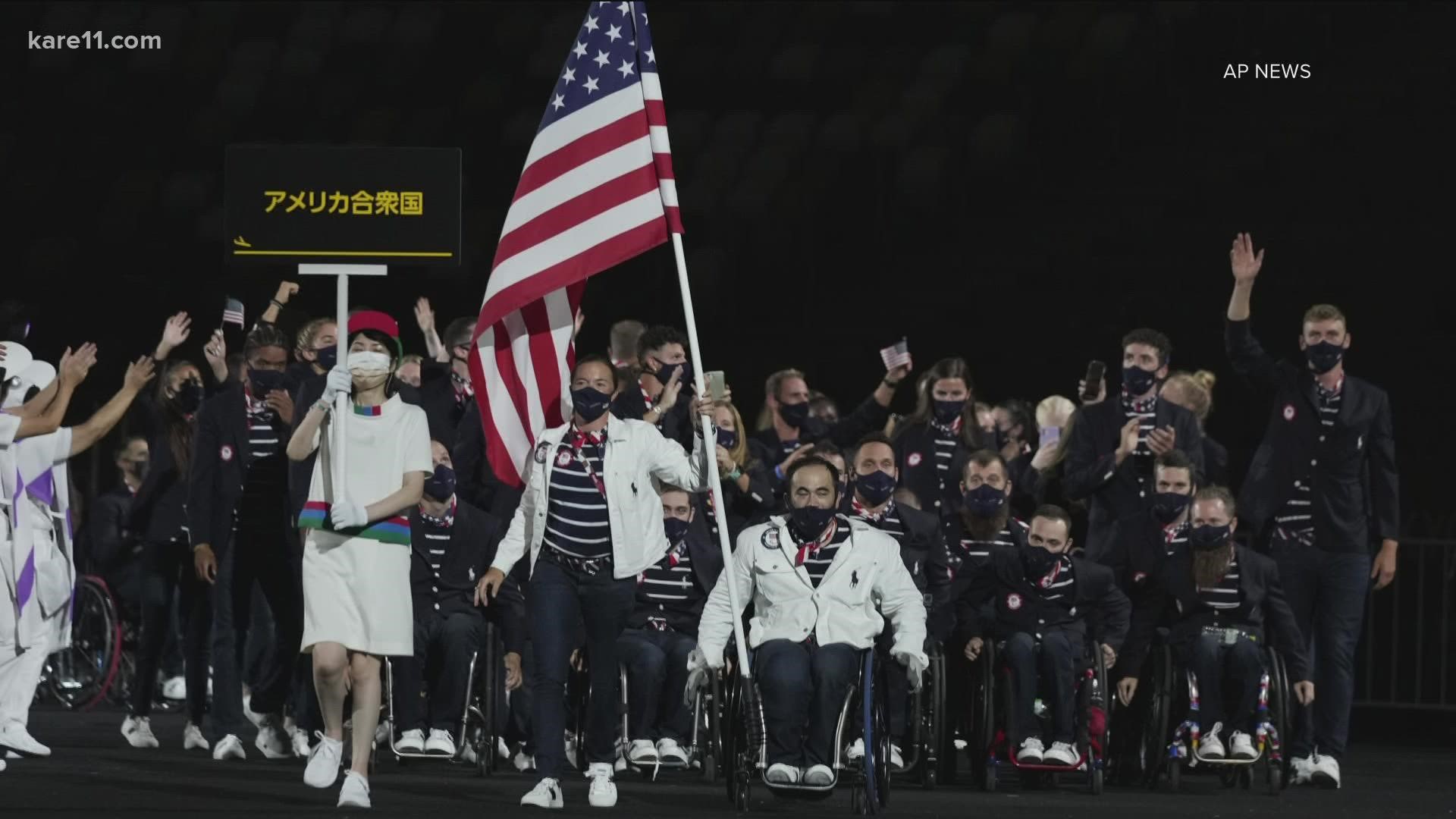 GOLDEN VALLEY, Minn. — Two Minnesotans were in the spotlight during the opening ceremony of the Paralympics on Tuesday, and there are plenty of local athletes to keep watching as the games begin this week.

"It's a really big deal," said Megan Welty, manager of Adaptive Sports and Recreation for Courage Kenny Rehabilitation Institute. "Minnesota has 13 incredible athletes who are competing this year, and the time and commitment that these athletes put in is on par with what the athletes are doing at the Olympic level. They are elite athletes."

Welty knows, because she's seen several come through the doors of the Courage Kenny Adaptive Sports Program in recent years.

"We have five athletes that came from our program that are competing in the Paralympics this year," Welty said. "Three of them are on the USA wheelchair women's basketball team."

Yes, Josie Aslakson, Abby Bauleke and Rose Hollermann all competed on the same floor in Golden Valley, before competing for Team USA.

Megan Welty: "Think about that, three of the 12 women that are competing on the team are from this program."

Welty: "Honestly, we've had a championship program over the years, but the thing that makes it really special is the athletes. Our whole hope is to get them involved in a program, get them excited about sports, show them that the opportunities are out there and then it's also getting them connected on a national level to take it to that next level of being a Paralympian some day."

And it's not just local basketball players taking their game to a new level.

"Actually the co-captains for the USA wheelchair rugby team got their start here at Courage Kenny as well," Welty said.

On Monday, one of those captains, Joe Delagrave of Wisconsin, had the honor of telling his co-captain, Chuck Aoki, of Minneapolis, that he would be the flag bearer for Team USA.

"Seeing the announcement that Chuck Aoki... I'm going to tear up about it... that Chuck Aoki was being nominated by his peers, it's absolutely amazing," Welty said. "He's so deserving of that. It's so inspiring to know that he's representing our country on that Paralympic floor."

Erdahl: "Knowing Chuck, what makes him that ideal flag bearer, literally, for the U.S.?"

And he's not alone. Aoki carried that flag with with para-triathlete, Melissa Stockwell. She is another Minnesota native and another source of inspiration for many more athletes. Welty says if we believe in them, they'll return the favor.

"They believe they are here to help other kids know that this is a possibility for them," she said.

You can watch the replay of the opening ceremony, along with the debut of the U.S. wheelchair rugby team and the women's wheelchair basketball team on Wednesday night on the NBC Sports Network Paralympic Livestream.

Following the Paralympics Opening Ceremony, Chuck Aoki spoke directly to the next generation of Paralympians via his Facebook Page.