Unity Catholic High School will open this fall in Burnsville. 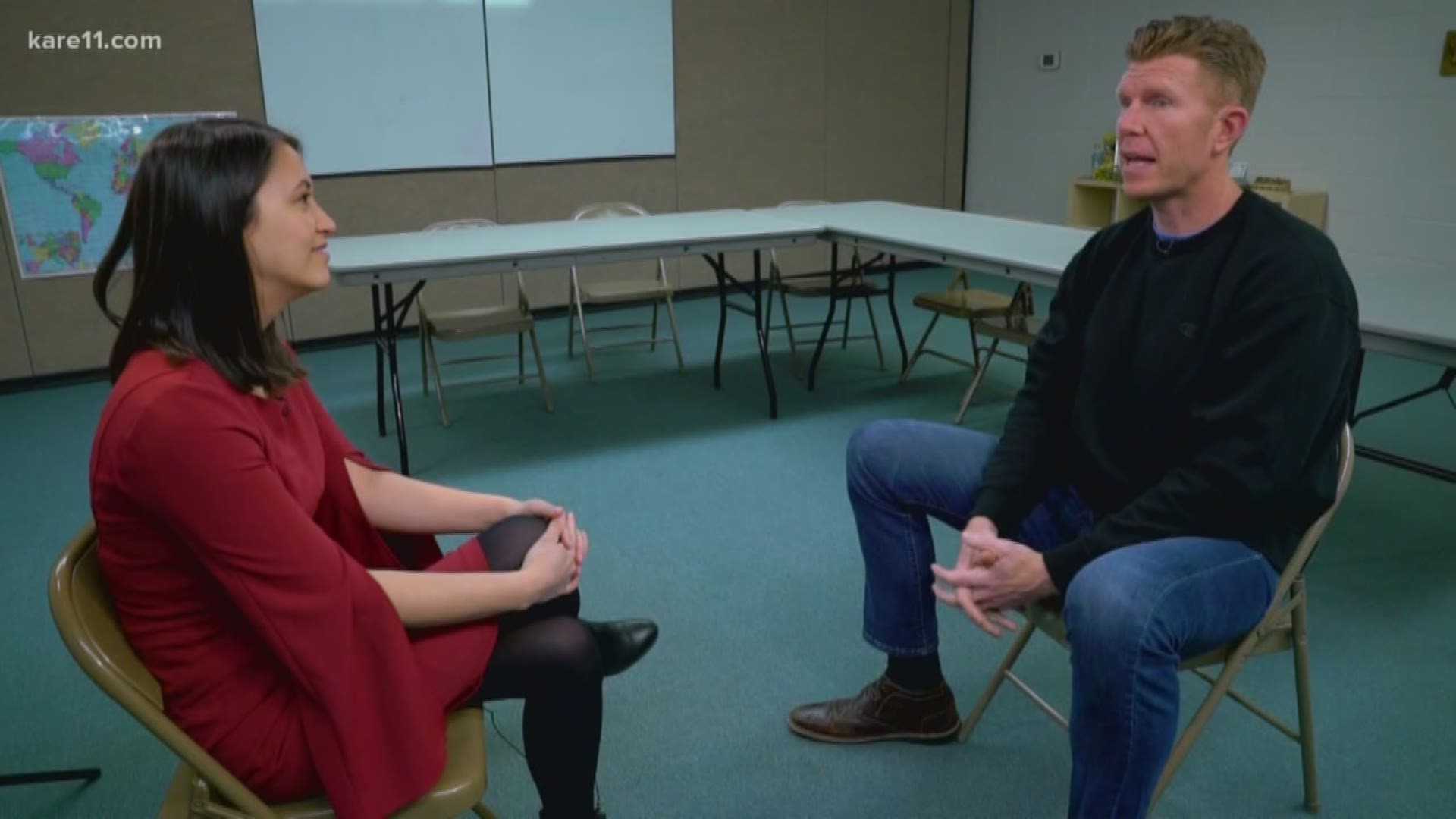 BURNSVILLE, Minn. — Matt Birk is a former Vikings great, six-time Pro Bowler, NFL Man of the Year and Super Bowl champion. But he's adding "co-founder of a Catholic high school" to that list.

Unity High School will open this fall in Burnsville. The school will be housed inside Mary, Mother of the Church. It will start its first year with only ninth graders and then add a new grade every year until it's 9-12.

Birk, a Cretin-Derham Hall graduate and Harvard alum, said he had the idea to open a Catholic high school about two years ago.

"Just kind of came to the point where I thought that... the model and the philosophy of how we educate our kids needs to be tweaked a little bit," Birk said.

Birk said he noticed there wasn't a Catholic high school in the south metro. Mary, Mother of Church just happened to have the space; Birk said the church was originally built to house a school but never had one. They move in this summer and will then start putting in lockers and other school equipment.

But it won't be a traditional school.

"We're a liberal arts plus math and science curriculum. We will do that Monday, Tuesday, Thursday, Friday. But on Wednesdays we call it "Real World Wednesdays" where we won't do any of the traditional academics. We will focus on leadership, on character. We've partnered with an amazing organization called Pursuit Academy which teaches ethical entrepreneurship," Birk explained.

There will also be hands-on classes like woodshop and home economics. Students will learn everything from how to cook a meal to how to change a flat tire. Birk said the classes are meant to help students prepare for whatever path they choose to take.

They will also focus on acts of service.

"We feel like service is a great way for our kids to live out their Catholic faith. A great opportunity for them to encounter Jesus by serving those in our community whether it be the sick, the poor, the hungry, the elderly," he said.

They will also have sports teams but what that looks like will be largely driven by the students.

"I tell kids or perspective students and families, 'If your focus is becoming a D1 athlete, Unity High School is probably not for you. Although I'm sure we will have, I know we will have great athletes come through here. But if you want to be D1 in you character, in your leadership, in your faith, then you should look at Unity," Birk said.

Birk said their goal is to have 25 students their first year.

Birk and his wife have eight children and for anyone wondering if he's committed to the high school, he said, "I have seven more kids to send through high school... my kids are going to this school. I will have a freshman here next year."

Birk said they wanted to make private school more affordable. Tuition for the 2019-2020 academic year is $6,500 and there are financial aid opportunities, as well.

You can learn more about Unity High School, here.

There is also an event where people can learn more about the school. On May 4, a Taste of Italy event will be held at the Royal Cliff Banquet and Conference Center in Eagan. It will feature comedian and Sirius XM host Jennifer Fulwiler. Birk will also perform a standup routine. The fundraiser begins at 6 p.m. The event is free to the public but a donation to the school is optional. RSVP, here.