“I woke up the next day and felt like I could go back and play again," Williams said. 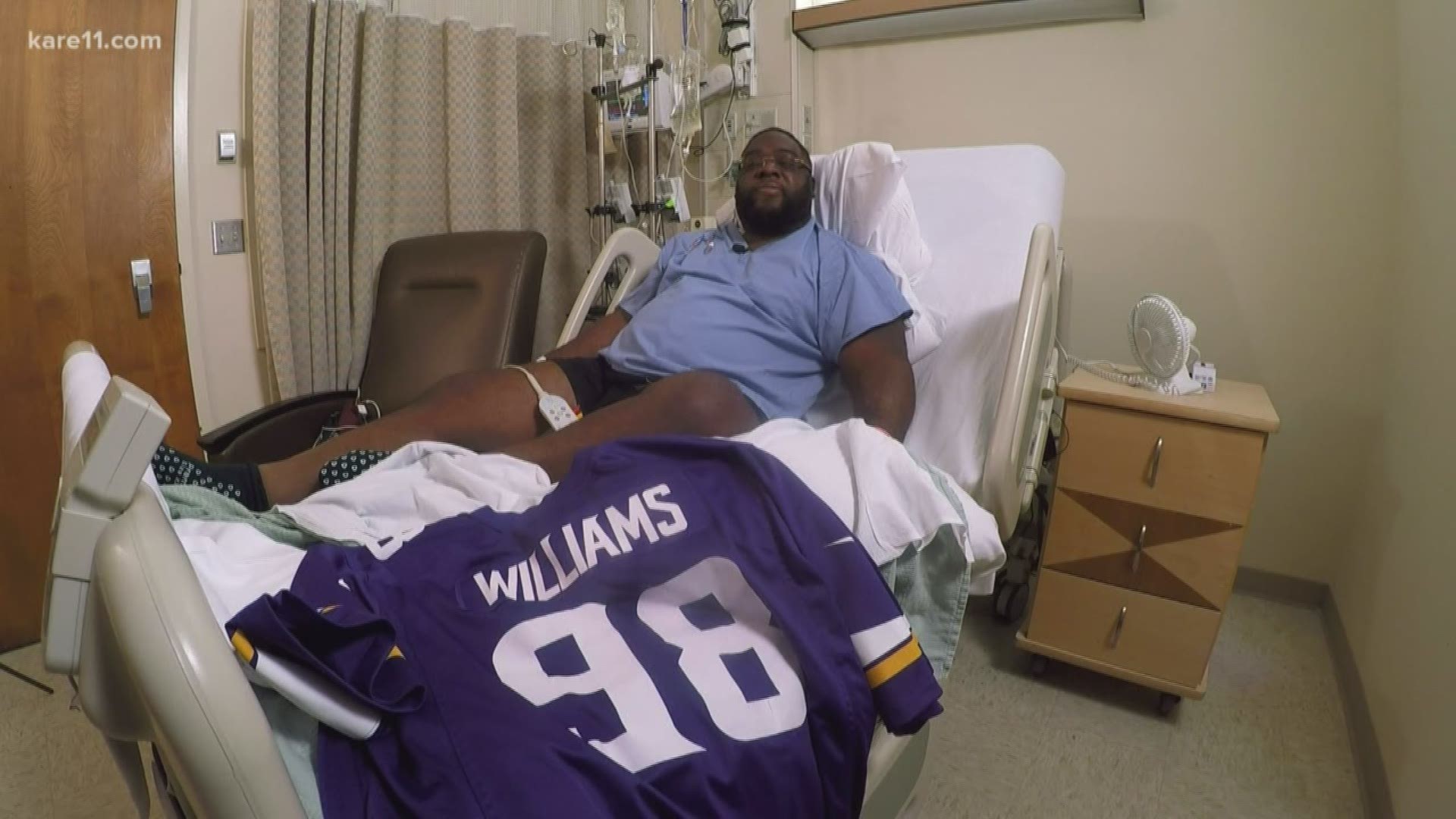 MINNEAPOLIS — As we all get ready for Thanksgiving, many are focused on thankfulness.

Ben Williams loves his family, football and is grateful for his health.

The former defensive end for the Minnesota Vikings is recovering after a kidney transplant at M Health Fairview University of Minnesota Medical Center, and waiting to go home.

“Everybody is asking me when I am getting out of here," Williams said. "I told them, ‘I don't care if I have to stay,’” he said.

Williams, who also played football for the University of Minnesota, has learned how to wait. For six years, he was on a waiting list for a new kidney.

“I found out my life was going to have two paths: Hooked up to a dialysis machine, five days a week, four hours a day for the rest of my life, or get a transplant,” he said. “You start to ask yourself, is this meant to happen? Is it going to happen? I started to lose hope.”

But the wait for Williams ended the day he was supposed to start using machines to stay alive.

“I woke up the next day and felt like I could go back and play again. I felt 18 again. I now have a functional kidney,” he said from his hospital bed Tuesday. “It dawned on me this morning, 72 hours ago I was mentally preparing myself for the next five days of starting to put those needles in my arm myself at home.”

“We are making an impact where it matters most, from helping those at risk learn more about the dangers of kidney disease to providing support to those who already have the disease,” Williams said.

Williams grew up in a small town in Mississippi. In his hometown, he says the nearest dialysis center is a two-hour drive for patients. So, through his foundation, he was able to purchase eight mobile units.

Meanwhile, Williams doesn’t know much about his donor family, but is thankful for the teenager who gave him the gift of life.

“I have joy and happiness for the new lease on life that I have received,” he said. “Until you are put into a true life or death situation you don't know the meaning of hope and faith. I am going to have a blessed day in this hospital bed and be thankful for the life I have been given. I am more than happy to sit here and eat some nice hospital Thanksgiving food.”

RELATED: What you need to know about kidney donation