Celia Grace traveled from Alabama to Minnesota for the procedure but her new stem cells traveled all the way from Italy. 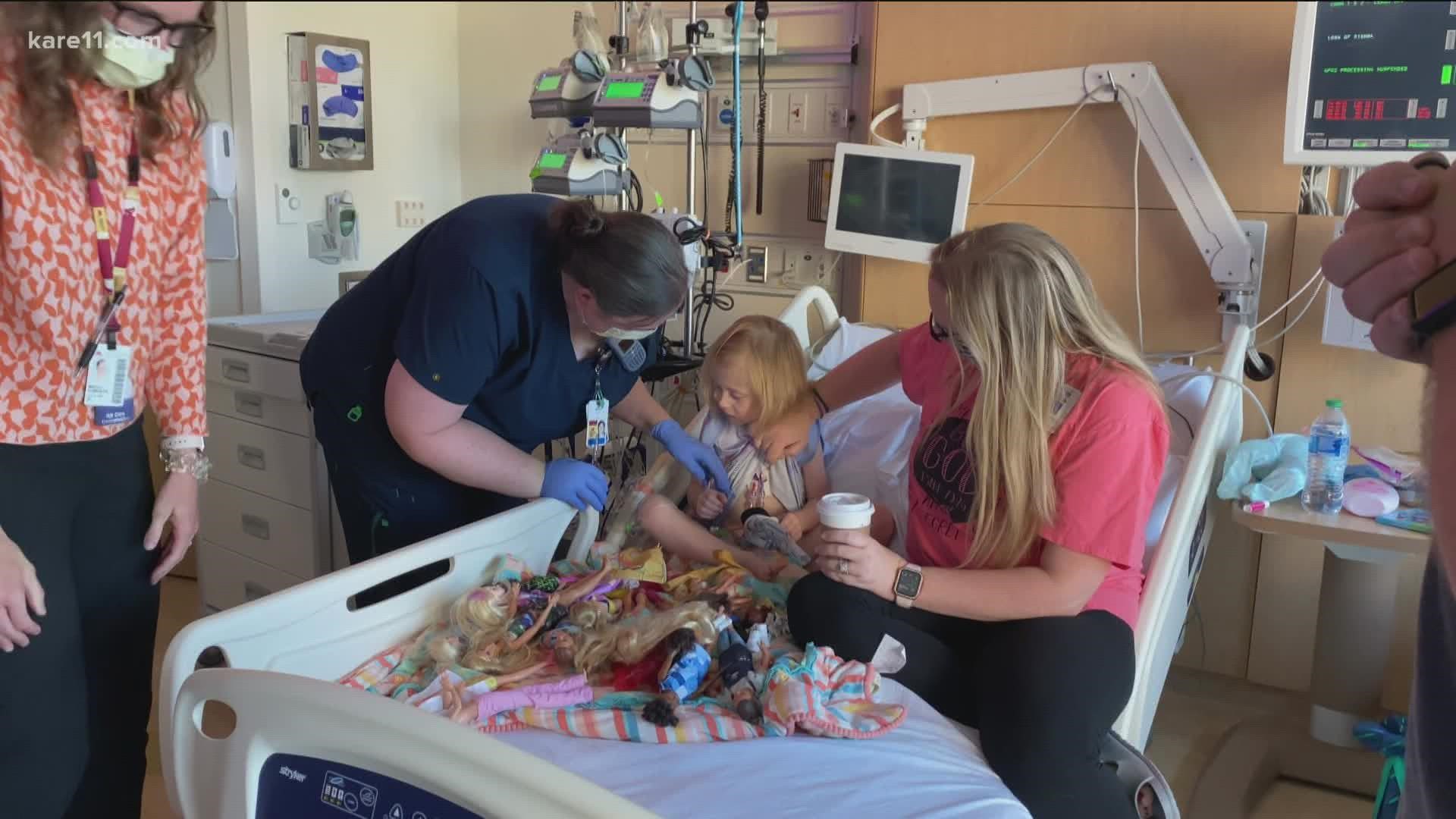 A 4-year-old girl with a rare, life-threatening disease, has become the first patient to receive a cutting edge gene therapy treatment in the U.S.

Two weeks ago, Celia Grace Hamlett traveled from her home in Alabama to Minnesota, in order to receive an infusion of stem cells that traveled all the way from Milan, Italy. But just before the groundbreaking procedure was scheduled to begin, her insurance threatened to pull the plug.

Her insurance reversed its decision to deny coverage hours after a KARE11 report on the treatment. The uncertainty delayed the procedure by several days.

Celia Grace has a rare disease called metachromatic leukodystrophy (MLD), in which her body can't produce an enzyme that protects the brain and nervous system. If left untreated, MLD is often fatal just a few years after symptoms begin. Fortunately, Celia grace is still asymptomatic, which is why she was the perfect candidate to make medical history in the US.

This summer, Celia Grace traveled to Minnesota so that her stem cells could be removed and sent to Italy to get re-engineered. For several years, a gene therapy trial in Milan has helped many patients stop the progression of MLD, but it took the University of Minnesota Medical School several years to get the FDA to approve the treatment in the US.

On Monday, Celia Grace finally received the long-awaited infusion of her re-engineered cells. So far, she has not suffered any complications.

"It was just a great feeling. It was just unreal that it was here and then, now, it's done," said Kassie Hamlett, Celia Grace's mom. "We were all joking around saying, 'We've waited this long, it's like there should be a drumroll or something. It was very good, she handled it very well and, you know, she's just suffering from boredom right now. It's kind of hard to keep a four year old in the same place for several hours."

Don't be fooled by her boredom, Celia Grace has been through a lot. She had to undergo several days of chemotherapy before she could get the infusion. Her doctors say she'll remain in the hospital for several weeks as her new cells grow. After that, they'll follow her closely because of what this treatment could mean for so many others.

"The goal of the procedure is to give her a normal, healthy life, so we'll be following her for at least 15 years, following the procedure, to make sure that things are going well," said Dr. Paul Orchard, a Pediatric Blood and Marrow Transplant Physician at M Health Fairview. "The technology that we're using for Celia can be applied to a number of different types of disorders. Some of them are enzyme difficiencies like hers, some are red blood cell problems like sickle cell anemia, so there is great utility in these new approaches. This is where the field is going."