Generations of families at the Minnesota State Fair

We set out to find the family that's been going to the state fair the longest. As it turns out, competition was pretty fierce. 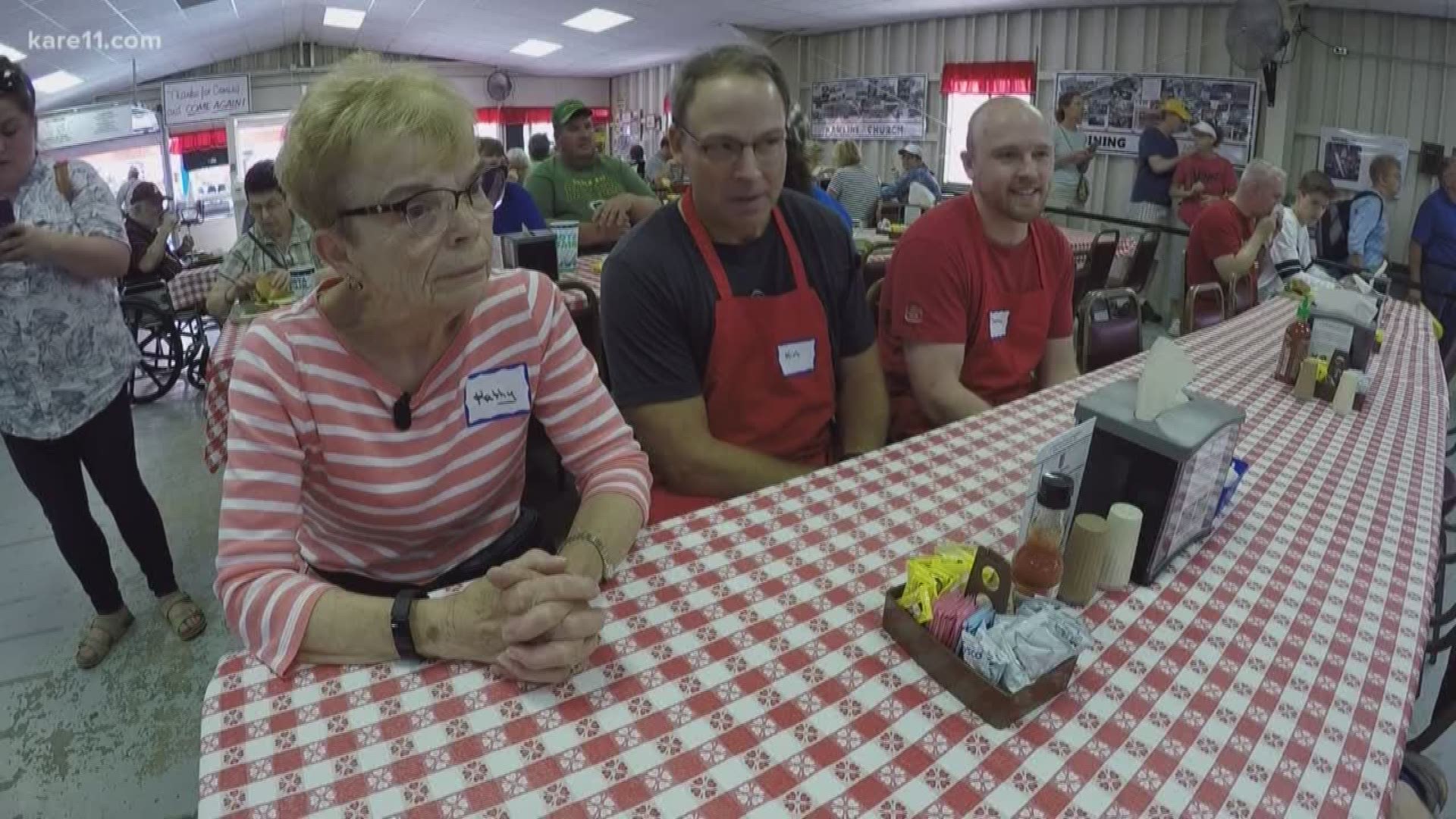 Finding one person specifically is literally, as they say, finding a needle in a hay stack... only here in Falcon Heights the hay stacks keep moving.

So, when we set out to find the family that's been here the longest, with the most generations here at the fair, we didn't know what we'd find.

Let’s start at the beginning, the very beginning.

"First time ever at the Minnesota fair,” Angela Graham says.

So, we’ve got one generation, a newbie, who came here all the way from Arkansas.

But then, we found out Graham was visiting the fair with her daughter-in-law Keila Mitchell.

"I try to come every year,” Mitchell says.

“We’re here with my son Wade who is 30-days old,” Mitchell says.

“And then I’ve got Kylee here, it’s her first time too, she’s one.”

So now, three is the number to beat.

Maybe if we go and talk to some of the 4-H families at the Coliseum we can find four generations?

“It’s my thirteenth year here,” Drew Revier says. “I’ve been coming here since I was born.”

Let's see if Drew Revier and his family can beat three generations.

Standing next to him is his mom Amanda, who’s also involved in 4-H.

“I’m going to be 40 and I’ve never missed a state fair. That’s why my parents tell me,” Amanda says.

And one of those parents just so happens to be here at the fair.

“I’m sure I’ve been coming here for around 55 years,” her father Kent Thiesse says.

So, we’ve got three generations, with grandpa Kent running the beef show for 40 years here at the Coliseum.

Can we make it four generations?

“My mom used to come all the time. She couldn’t be here. She lives in Fairmont,” Thiesse says.

So, we’ve got four generations!

And Amanda’s husband Drew can trace back four generations on his side too.

"My grandmother showed animals down here at the state fair. I believe it was the junior livestock show she was involved in," Drew Revier says.

So, four generations, I don't think we're going to beat that.

But hold on, over at the Hamline Church Dining Hall there's a family that might have them beat.

Kathy Anderson has volunteered at the dining hall for years and this year she convinced her son Kirk and her grandson Duncan to help her out.

“It’s so great to be here with family,” Duncan says.

Kirk grew up just a few blocks from the fair, but says he hasn’t been to the fair in years.

“We used to play all the arcade games as kids,” Kirk says.

Kathy says both of her parents also used to volunteer at the dining hall.

So, we’ve got a tie with four generations.

However, Kathy says there’s a small chance her grandparents may have visited the fair at some point too.

She says both sets of grandparents lived in Southern Minnesota and Northern Iowa, and both families were involved in agriculture, so, she says there’s a chance one of them made it up to the Minnesota State Fair at one point over their lives.

So, at the end of the day, the record officially stands at four generations.

But that’s with only one day or searching.

With two million visitors each year, there’s got to be some family out there with five generations, or maybe even six, who knows?