Georgia on my mind: 72 hour politics

There's a lot going on politically in Georgia right now. We break it down. 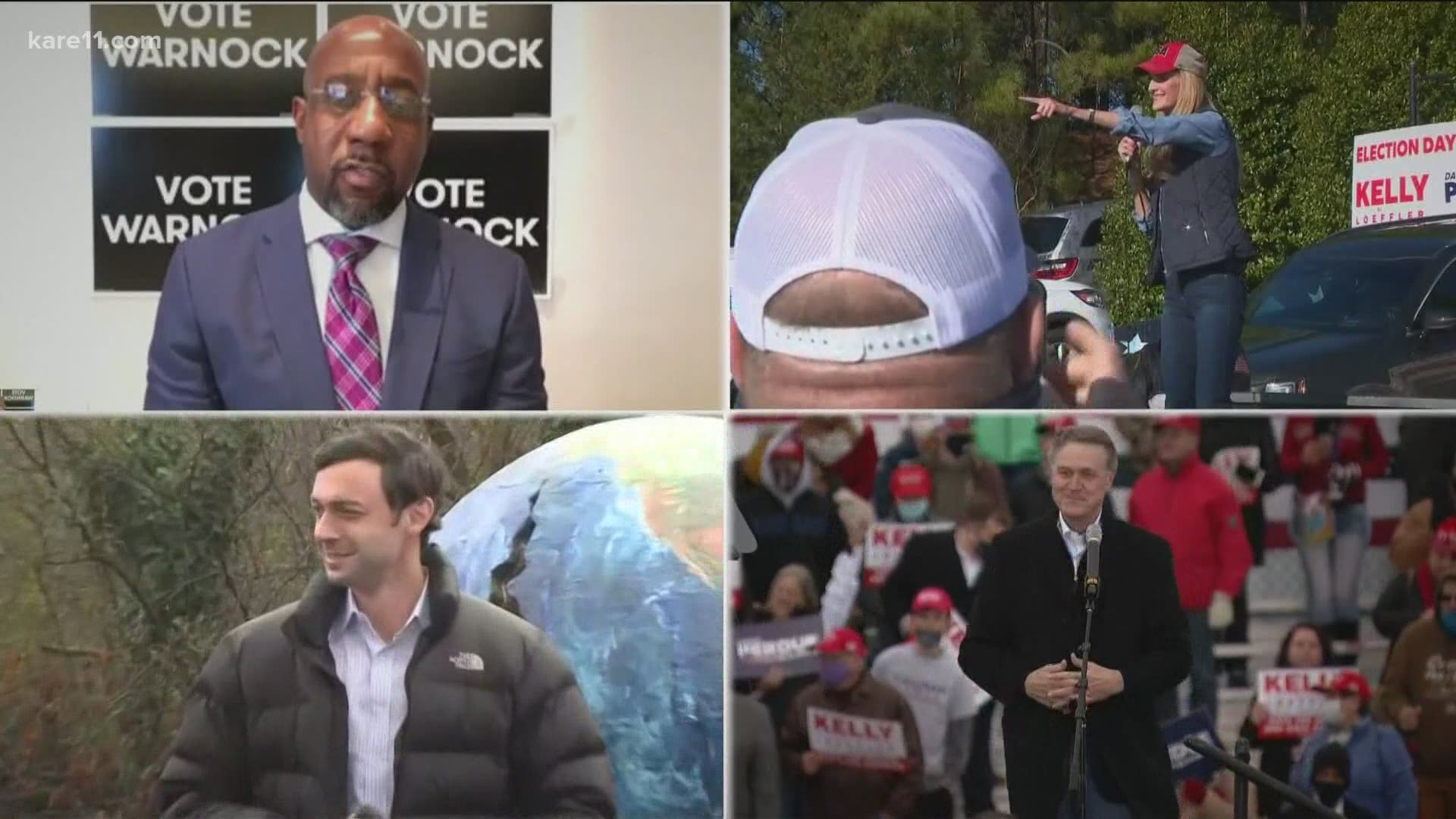 MINNEAPOLIS — Tomorrow is Election Day in Georgia, and with the entire country watching for the results, voters showed up to vote early with three million ballots already cast.

All this as there is news of President Trump trying to pressure Georgia's Secretary of State to "find" votes in a phone call that was published over the weekend. Also on top of this, the new Congress gets ready to certify election results on Wednesday.

The next 72 hours is going to be a doozy. So Brian McClung, a former chief of staff for former Republican governor Tim Pawlenty, and current co-CEO of bi-partisan Park Street Public consulting, helped us make sense of what we are going to see in the next three days.

On Monday, Georgia election officials held a news conference during which they debunked myths and went through details of the call that the Secretary of State was involved in with President Trump.

"The gist of the call is the President, asking the Secretary of State of Georgia, a fellow Republican, to find additional votes that would put him over the top in Georgia," McClung explained. "The reason this is a problem is, it almost sounded like an undercover mob phone call, where you've got the President of the United States, pressuring someone in his own party, telling him he's going to be in real legal trouble if he doesn't take another look at this vote."

"There's no shredding of ballots going on, it's not real," Sterling said. "It's not happening. No one is changing parts or pieces out of Dominion voting machines. That's not a real thing."

So why does Georgia's presidential votes matter at this pint?

"I think they were hoping that if they can turn the results in one state, it could have a domino effect and you might look at other states," McClung said. "Because just changing the results in Georgia alone is not enough for Donald Trump to be re-elected as president."

"I think it's quite likely that at least one of the two Senate races will be within the range of a recount," McClung said. "I think you'll probably be back at that situation where we may not know the results of election night in this case tomorrow. Georgia has been through a statewide recount of their presidential ballot so they have some recent experience with that."

McClung said time is of the essence as Georgia remains without representation currently.

Then on Wednesday, a not-so-run-of-the-mill Electoral College Count.

"You have about a dozen U.S. Senators who say they will object, led by Ted Cruz of Texas," McClung said. "A few more than that in the U.S. House that are objecting."

The last time the electoral college count was such a kerfuffle? Never, in modern times.

"It is true that in several of the past elections that there were objections raised but by only one person or by a person in one House or the other, not both," McClung said.

Despite the two-hour debate that may ensue on Wednesday, McClung said Joe Biden will ultimately remain the winner of the Presidential Election and will be sworn in on January 20th.