Guys get it too: Renewed attention on male breast cancer

Male breast cancer is in the spotlight after Beyonce's father announced his diagnosis. 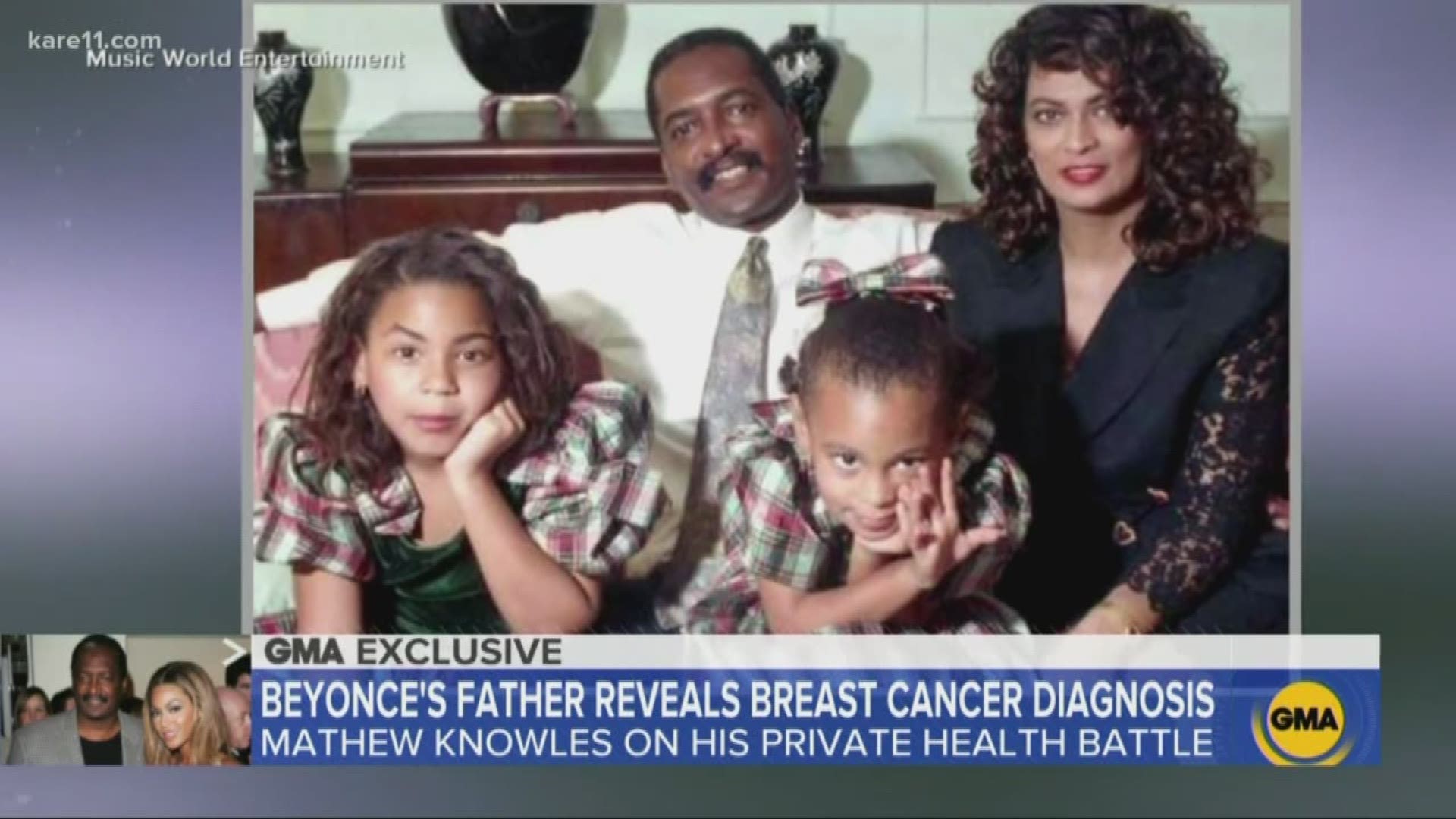 At the start of breast cancer awareness month he shared his health battle to shine a light on the disease. And one local Minnesotan hopes men across the state listen.

One month ago, Randy Klauk said he was diagnosed with stage four metastatic breast cancer.

“Right now, I'm on oral chemo which means I take a pill every day. And, every four weeks, I get two shots but I don't have to go in and sit in a chair for eight hours and get an IV drip which I consider myself very lucky,” he said.

Klauk said he was first diagnosed with breast cancer in 2010. But, nine years later, the cancer has returned.

“Why did I get this?  I have no cancer history in my family and yet I'm diagnosed with cancer. It makes no sense but yet it can happen,” he said.  "Sometimes Life sucks. Deal with it."

Because men have breast tissue, they can get breast cancer. It is rare. According to the The Mayo Clinic’s website, about 2,000 men are diagnosed with breast cancer every year. That is about 1 percent of all breast cancer cases in the U.S. According to the Mayo. In men, the cancer often occurs near the nipple. Symptoms may include a lump, dimpling or puckering, redness or a discharge.

Allison DeCamillis is the program director at Gilda's Club, a safe space offering support for families dealing with all types of cancer. The support at Gilda’s Club is free. She said the organization is on a mission to de-stigmatize males reaching out for support.

“We have identified that there really is a need for more emotional support for men who are impacted by cancer. They are less likely to have support,” she said. “For men there's often a stigma. You're not strong if you need support, you're not strong enough anymore.”

Klauk, a retired educator, knows standing in strength is asking for help when he feels weak.

“My wife is beautiful. She worries about me and she will do whatever I need her to do, but I also need support. I can't put it all on her,” he said. “ I need to have a support system.”

He attended his first meeting at Gilda's Wednesday.

There were about 20 people in the room.

“It made me kind of sad how many people were in there, I don't know what another guy is feeling. I barely know what I'm feeling,” he said. “I'm angry. I'm not very scared. I feel pretty good about my prognosis even though it's stage four. My oncologist says I will live with this for the rest of my. I will never be cancer free. I take my pills, I get my shots and do I need to do to stay healthy and a positive attitude.”

Some men inherit abnormal or mutated  genes from their parents that increase the risk of breast cancer. That is what Beyonce’s dad has, a gene called BRCA2. It also puts him at greater risk of developing prostate and other cancers.