Despite executive actions from the Biden Administration banning terms like "China Virus," Asian Americans are still being attacked. 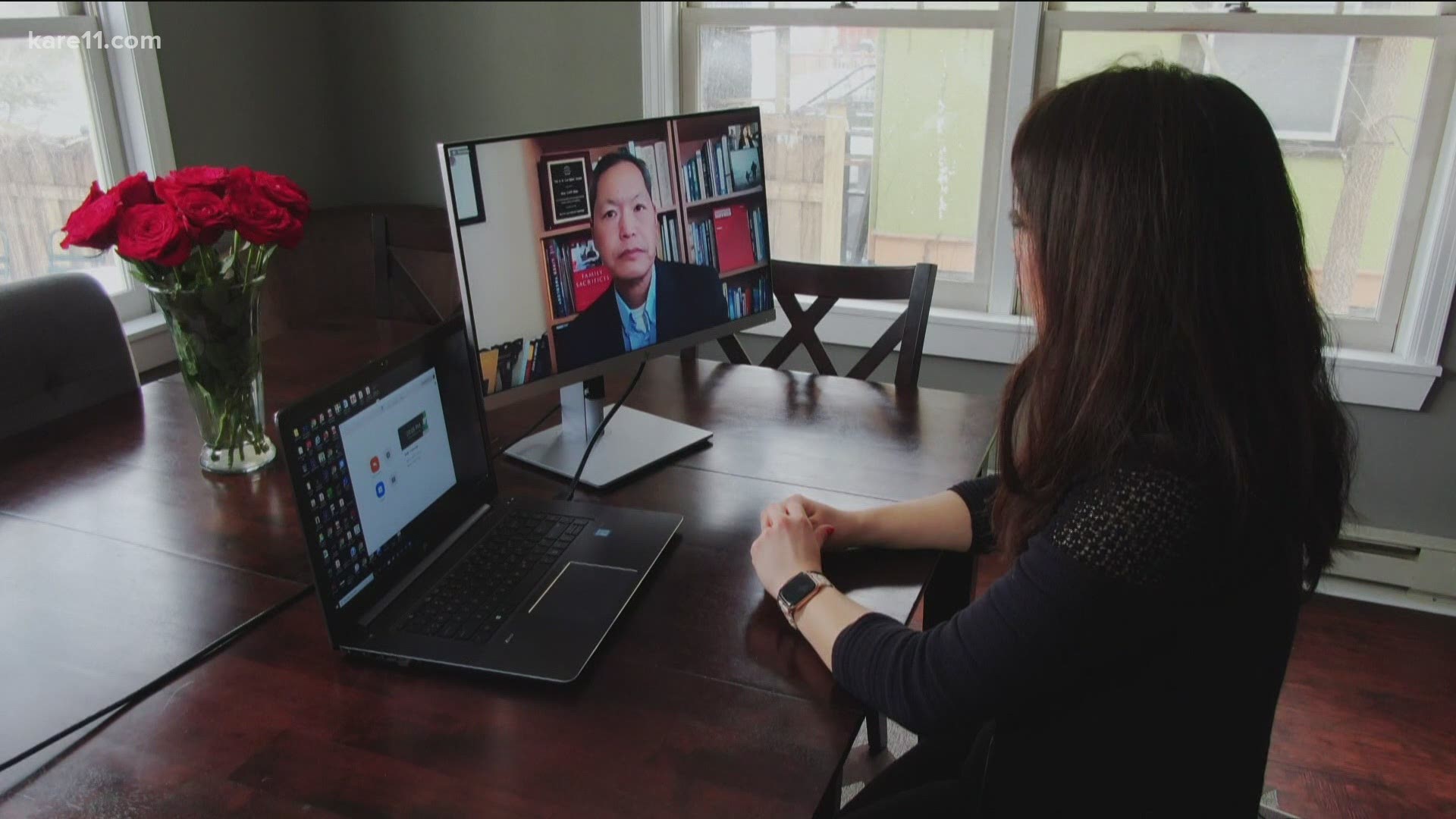 MINNEAPOLIS — In the days leading up to the Lunar New Year holiday last week, San Francisco's Chinatown had young people on foot, patrolling its streets. They said they weren't there to do anything but keep an eye on things.

"What we want to do is make our elderly feel safe," William Lex Han told a NBC affiliate in San Francisco. "There are a lot who are out and about right because of the Chinese New Year- the new year want them to feel safe."

This comes after there have been more than two dozen attacks and robberies in Oakland and San Francisco in the months prior.

In late January an 84-year-old San Francisco man who had immigrated from Thailand was killed after he was shoved on his morning walk.

Attacks like these have continued despite President Biden's executive action banning the federal government from employing "inflammatory and xenophobic" language like "China plague" and "kung flu."

Dr. Russell Jeung is one of the founding members of Stop AAPI Hate, an organization that tracks varying acts of discrimination and violence against Asian Americans.

They recently released this statement about the rise in attacks against Asian Americans in the West Coast.

"We started in March of last year and we were immediately flooded with hundreds of incidents per day and they were just horrific," Dr. Jeung said. "That continued-- so last year we received over 2,800 cases of racism across the nation."

Jeung said we can look to history to see why Asian Americans are experiencing this type of hate.

"People still perceive us as outsiders, as disease carriers, and they're attacking us," he said. "This type of violence is historic, we've seen it in the past-- and it takes long term solutions, and not these bandaids--like we need to increase patrolling. We need to get at the roots of racism in our country."

"We feel that the racism we're fighting as Asian Americans partners with Black Lives Matter, in trying to dismantle a system that oppresses communities of color although in different ways," he said.

Latest numbers from the Minnesota Department of Human Rights show 10% of their COVID-related calls are regarding anti-Asian Pacific Islander bias and discrimination incidents.

Leyen Trang, communications director for Asian American Organizing Project (AAOP), a group that connects Asian Americans in Minnesota to work on civic engagement and racial justice, says even with something like a hotline, collecting stories about discrimination experiences can be difficult.

"It can be hard for our communities to use something that is state run, just because of the lack of access and the language barrier, so the community outreach portion was so important," they said.

AAOP also provides COVID-19 resources and educational materials like how to intervene when someone is being harassed.

Trang says though, they are hopeful, that with the change of rhetoric from the top, things will look up.

"To explicitly denounce the use of 'Chinese Virus' is great, because it is explicit," Trang said. "It shows that there is a step towards where we want to be."

Jeung said the data he is collecting through Stop AAPI Hate is most likely underreported because some fear reporting it and some might just simply choose not to.

The FBI has also said it collects federal hate-crime data, but called its set 'woefully inadequate' as many local law enforcement agencies do not actively participate in collecting federal data.