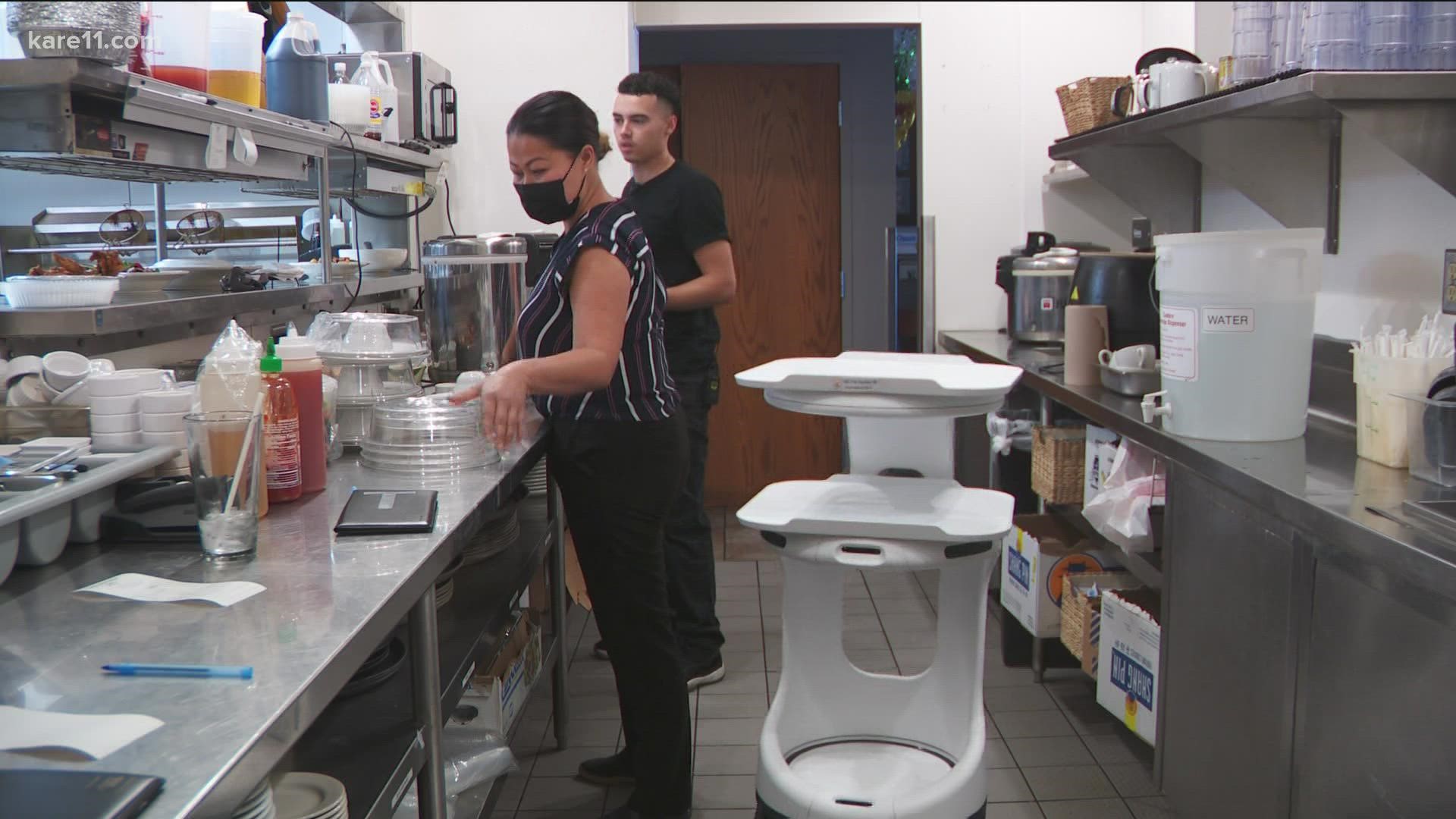 Well, maybe in some sectors, but definitely not in the restaurant industry where they are hurting bad for workers.

That's the case at Sawatdee Thai restaurant in Maple Grove. Of course, when a new coworker starts, it's normal to have some reservations about them.

"She's still getting used to the restaurant...still um...learning," Tyrus Jenkins said with a laugh. "And to not run into things. Learning her way around the restaurant, but yeah, she's definitely good at her job."

If you're thinking, gosh, this new worker sounds terrible, well, cut her some slack. Dee Dee at Sawatdee is only a robot.

"We got Dee Dee a couple of weeks ago," Jenkins said. "I would say at first it was like, 'Whoa, we're getting a robot.' I didn't know what to expect at first, but it's been pretty cool, and everyone seems to like it."

Basically, Dee Dee, which means 'very good' in Thai by the way, is three trays on wheels with a screen.

However, to Jenkins, she's valuable because she saves him time.

"As a server, a lot of the times you have to be at like five places at one time, so it's nice to have an extra helping hand," he said. "To drop off an extra check; drop off some appetizers. Say someone needs extra chopsticks. I can send Dee Dee to drop it off so I don't have to worry about it."

Yeah, sometimes she gets a little bit of performance anxiety. She does get stuck between where the carpet meets the tile. However, Dee Dee is very good at her job, and is also a crowd favorite.

"I think that's one of my favorite parts about having a robot is just sending it out by itself with no context and watching their reaction kind of," Jenkins said with a laugh. "Some people are like, 'Oh my gosh,' some people just don't care, some people think this is creepy — the robots are taking over."

On that note, Jenkins says he's not worried at all about being replaced.

"It can't talk to people. It can say some greetings like, 'Hi, hello, how are you?'" he said. "But when people are coming into a restaurant, they're looking for a dine-in experience — a personal experience with a server and stuff, and I don't think you can get that from a robot necessarily."

Plus, another edge that servers like Jenkins has? Thumbs.