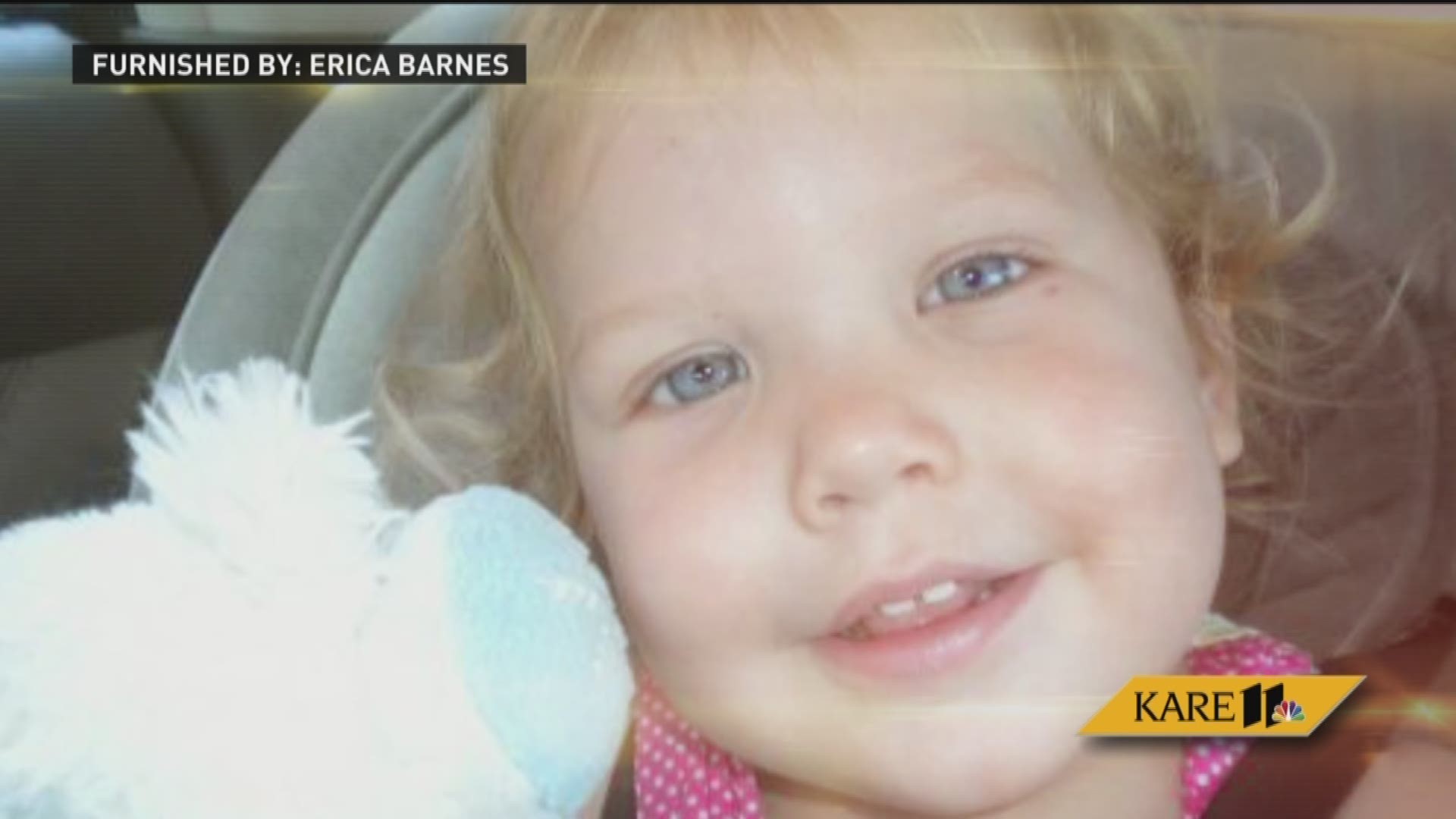 Erica and Philip Barnes' daughter Chloe was diagnosed with metachromatic leukodystrophy when she was 2 years old. The disease, also known as MLD, is a rare, degenerative genetic disorder that affects the central nervous system and eventually leads to paralysis and death.

When Chloe was 2 years old, she still struggled to walk and her parents had the instinct she was in pain when she begin waking up several times a night. They sought expertise from specialists at Children's Hospital Minnesota and Mayo Clinic, which led to the diagnosis. She only lived six weeks between diagnosis and her death after a stem cell transplant to slow down the disease brought more complications.

Another gift came from a moment Erica realized her grief could bring something greater in honor of her daughter.

"I said, 'You know, I think of grief as this big energy source that is going to do something to me. If I don’t take an active part to harness it, it’s just going turn inward on myself, and it’s going to destroy me, I have to make a choice here,'" said Barnes.

On Rare Disease Day 2016, they've spearheaded an effort to get the world to 'Wear Something Rare" for awareness, using the hashtag #WearSomethingRare2016 and by selling buttons.

The Barnes family is also part of launching Minnesota Rare Disease Day on March 10 at the Minnesota State Capital, where families and doctors will be speaking with lawmakers.

"I often pictured her like a little prize fighting boxer because she was so tough. Such a tough little girl but I always pictured her like she didn’t have any boxing gloves, we haven’t found the cure. You have a little kid fighting with the strength of 10 men, but we don’t’ have the tools to give her," said Erica Barnes.

It's why the Chloe's Fight Rare Disease Foundation continues to give every child a chance to fight. Of 7,000 rare diseases, only 300 have treatment, and half of all children with rare diseases won't live until the age of five.

The couple has a daughter Eva, who is in third grade, and a 14-month-old son, Cade. Both do not have the genetic disease, but the family's commitment and advocacy continues.

"She has this heart and vision for how the world should be, so no other mother has to go through what she did," Philip Barnes said of his wife.