Implications of the Supreme Court's Noor decision on Chauvin's case 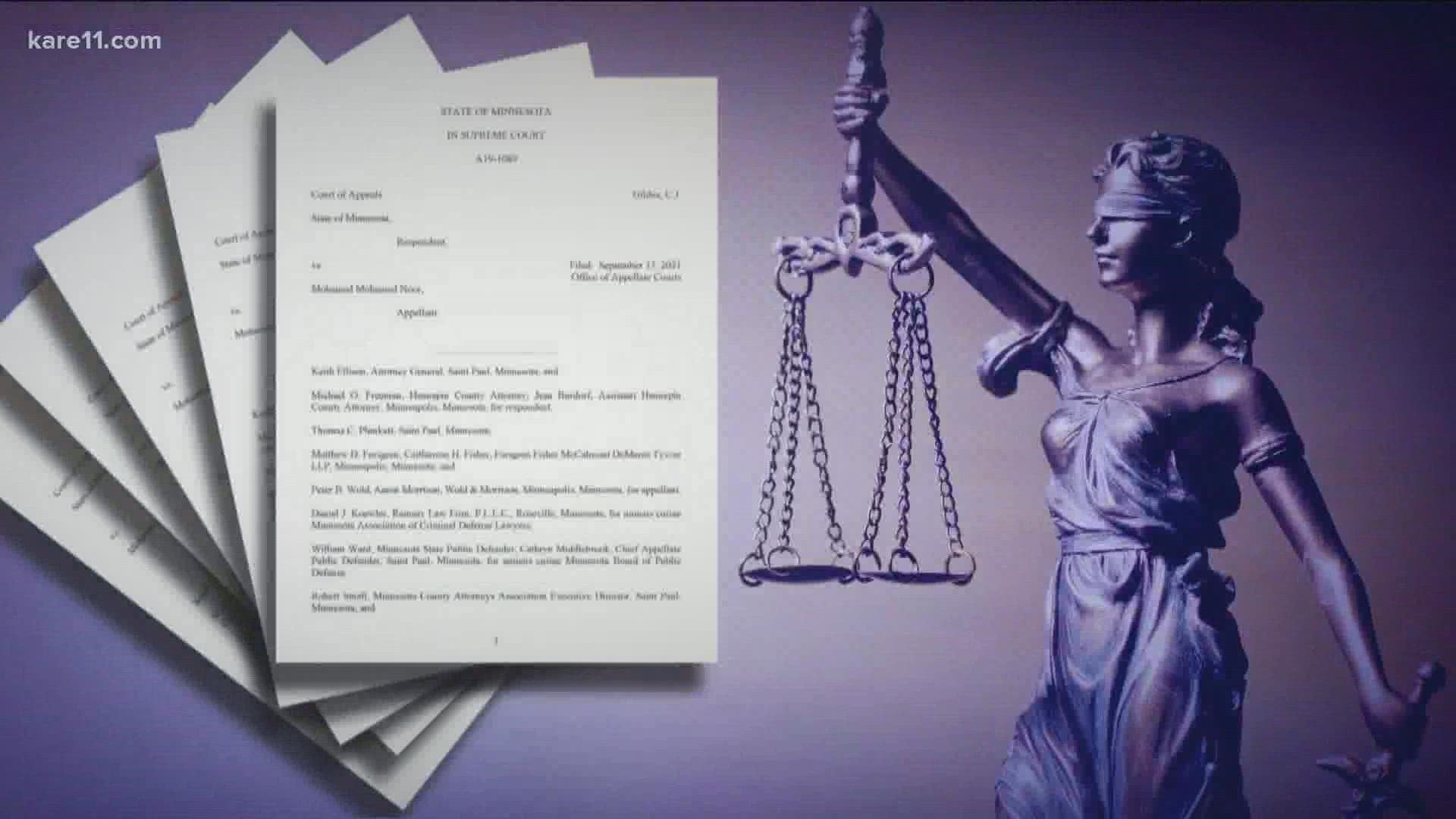 MINNEAPOLIS — Ultimately, given the gravity of Derek Chauvin's second-degree murder conviction, the Minnesota Supreme Court's decision will not have much of an impact on his sentence.

However, what the decision does, is steer the justice system in a clearer direction when it comes to third-degree murder.

The Supreme Court brought down a decision regarding a specific case, but University of St. Thomas law professor Rachel Moran said that wasn't the main point.

"The Supreme Court has to address legal issues that apply to a variety of cases, not just one, and sometimes, really their decision wasn't so much about when should Mr. Noor get out of prison as it was, how should this third-degree murder statute be defined in anybody's case?" Moran said.

And objectively, the language used to define third-degree murder in Minnesota is vague at best.

"It contains outdated language that frankly is not very well written, and the court actually said if you want to focus on rewriting the statute that's a task for the legislature," Moran said. "It's absolutely true none of these laws were written with police officers specifically in mind, so when the government does decide to prosecute a police officer, they're trying to figure out which of these ordinarily applicable statutes fit with the officers conduct."

So how does this affect Derek Chauvin?

"In a practical way, it does not affect Mr. Chauvin at all," Moran explained. "He will probably get his third-degree murder conviction vacated, just like Mr. Noor did, because his conduct was also recklessly indifferent as to one person: George Floyd."

And as the trials of the three remaining officers in the Derek Chauvin case approach — and additionally, the trial of former Brooklyn Center police officer Kim Potter also in the books — the discussion surrounding ambiguous charges will likely continue. The ambiguity that surrounds it will remain without an immediate fix.

"It's not a simple solution, it would have to go through the legislature; it would take a long time," Moran said. "But the court does say that at the end of the opinion today, because the state was saying even if you've previously interpreted it different, even if you could, you should interpret it this way given the gravity of the case. If you want the statute to apply differently, a gap in the law, then ask the legislature to rewrite it. That's not our job."