Tye Herrod was born in 1996 in Iowa, but was adopted in Ramsey County, Minnesota in 2002. His siblings and his biological mother are looking to get in touch. 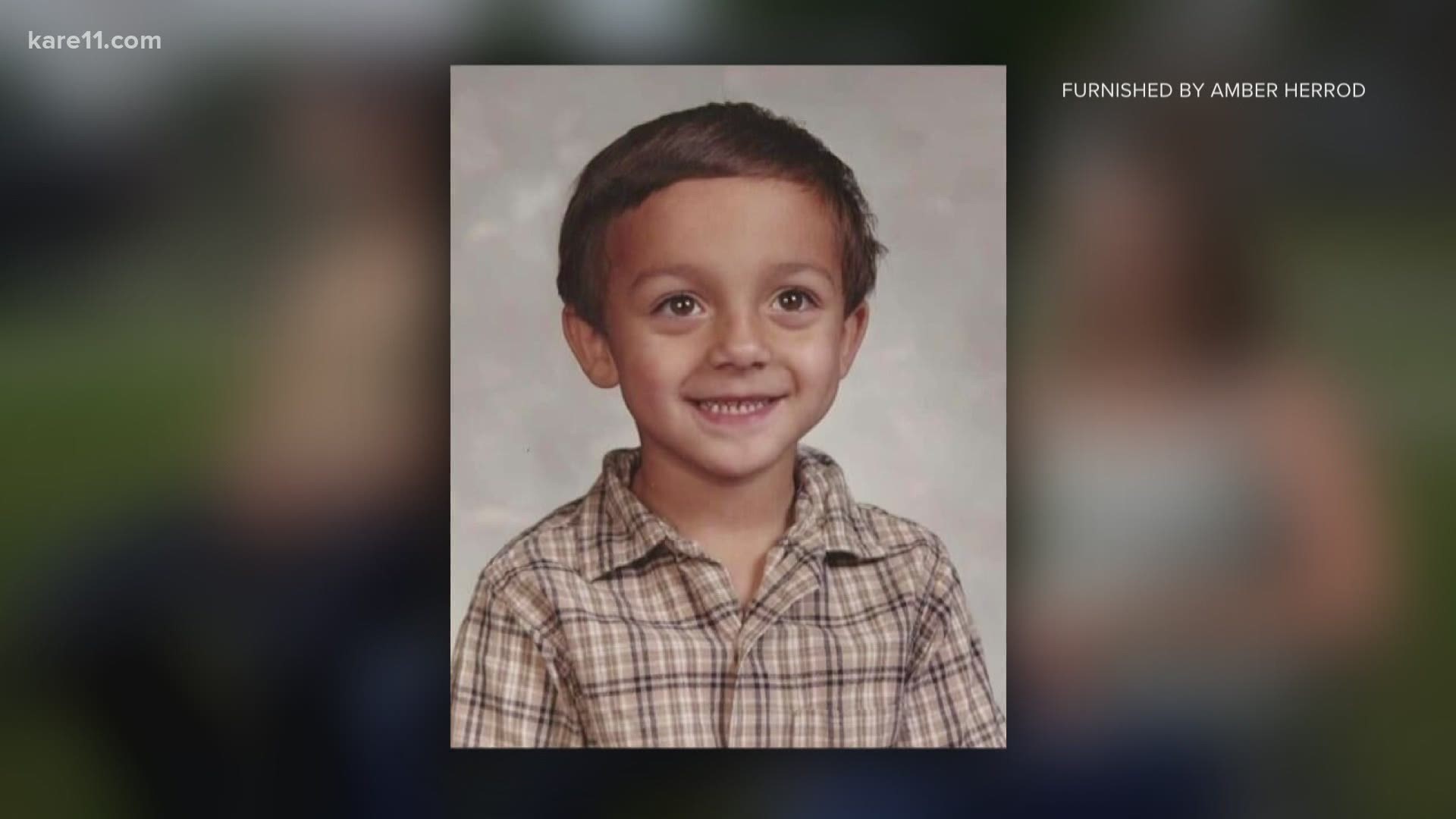 NEWTON, Iowa — The best part about family is that there is always room for more.

"We're looking for our older biological brother," Adrianna Daniels said on Sunday. "He got adopted in Ramsey County, Minnesota in 2002."

Sunday gatherings at the Springer family home in Newton, Iowa have grown bigger in the past several years. That's where Samantha Springer lives with her adopted parents. Ever since a few years back, her biological sister, Daniels has joined her. The gatherings grew even bigger when the two sisters connected with their biological mother, Amber Herrod.

"We actually got reunited on my graduation day," Springer chimed in. The sisters looked at each other and smiled.

Through their biological mother, Herrod, Daniels and Springer have also reconnected with their brother, Damian too. He is in Iowa as well. However, now, they are looking to find their last brother, Tye.

"He was adopted out July 26, 2002 out of Ramsey County," Tye's biological mother Amber Herrod said. "Which on the court paperwork it says St. Paul. That's all they will let me know. They won't give me anything else. That's fine, I get it. It's just been one of those tough rides. His name might not even be his name."

Herrod explained that Tye was born on Feb. 29, 1996 in Mason City, Iowa. She said she knows that Tye spent time in foster care in Nashua, Iowa, before being placed in Ramsey County, Minnesota.

In the state of Minnesota, adoption records are sealed for 100 years from the day of adoption. This makes it very difficult for families looking to reconnect as it leaves no paper trail.

Herrod said a distinguishing feature that Tye might have may be some scarring under his armpits from when he was intubated as a baby.

"The chest tubes that he had will most definitely, I mean, he had them in for months," she said. "Will most definitely have a noticeable scar in this area, underneath each armpit. That would be a tell-tale sign."

Herrod said it's been a difficult journey getting in touch with her biological children. She said her environment was what led her to put her children up for adoption in the first place.

"I just wanted them to have a good life, I didn't," Herrod said. "I suffered through a lot of not so great things, like domestic abuse, drug abuse, lots of crap. And they have had a childhood that I couldn't give them."

Herrod said while she's lucky to have connected with three of her kids, she's always felt a sense of heaviness in her heart. Both sisters, Daniels and Springer said they understand that there might be a possibility that Tye might not want to be in their lives.

"If that's the case, then it is what it is, but we would love to have a relationship with him," Springer said.

"Well this is the hardest thing for me to say but don't punish the rest of your family for me," Herrod said, her eyes welling up with tears. "I just need to know you're okay, that's it. Don't punish them."

So this family waits, hoping to grow once more. If not though, Herrod said that's okay, as long as she knows three things.

"Are you okay, were you loved? Are you still alive?" she said. "Are you healthy? There are so many things that I've wondered that are unanswered. The only thing I care about is that he's healthy, loved and happy and that's it. That's all I wanted for any of the kids, is that they're healthy, happy and loved."

The sisters have started a Facebook group to aid their efforts. If you know any information about Tye Herrod (his name may have changed), the best way to get in touch with them is via the Facebook group.

RELATED: Biden and Harris appear together for first time as running mates