Jury duty scammer caught in the act by Plymouth police

A man calling Bill Pucel with a fake jury duty story was surprised when Bill answered - along with a Plymouth police officer. 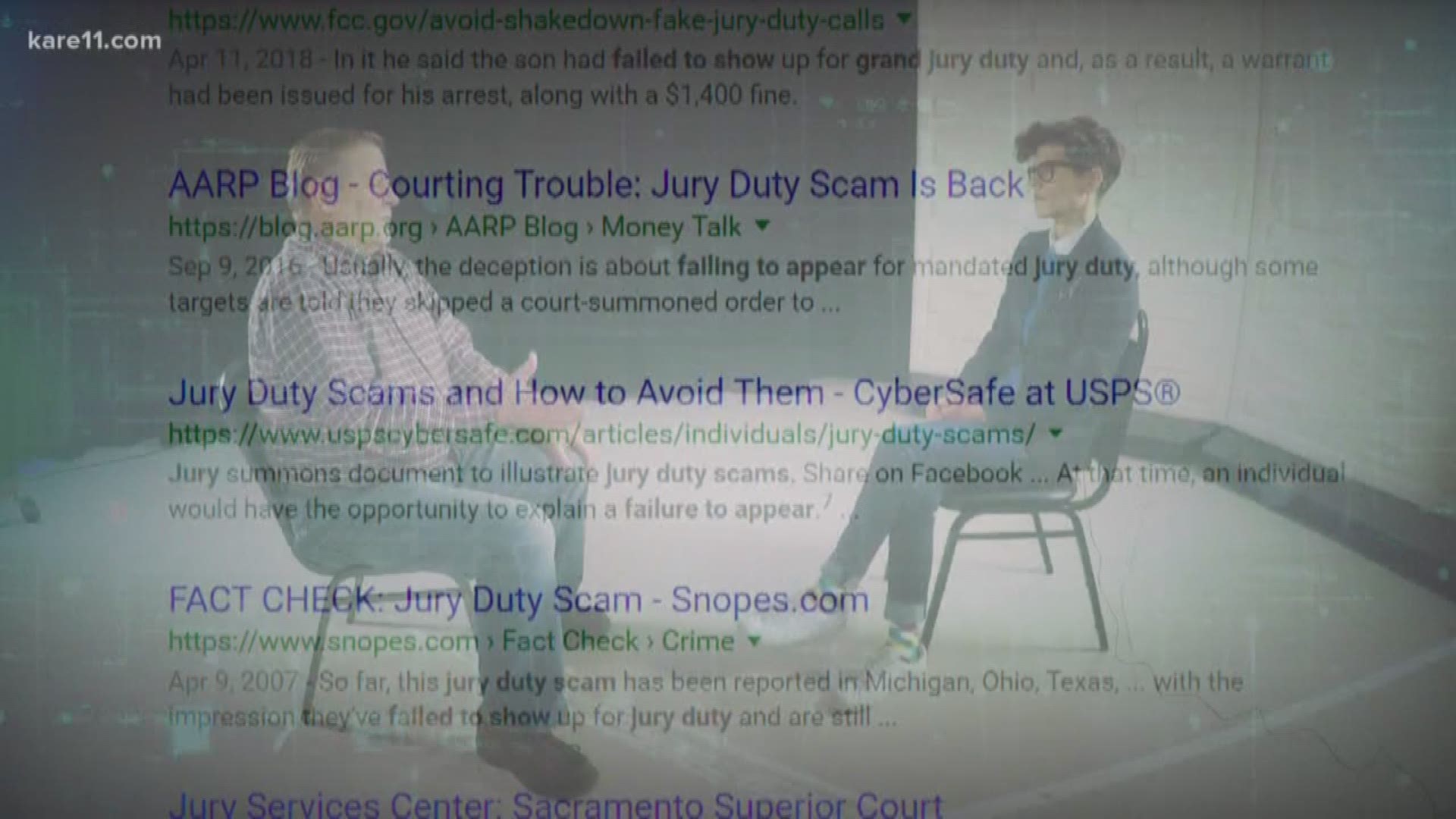 Bill Pucel learned first-hand why he needs to trust his gut.

He got a call on Tuesday morning on his work answering machine claiming he was in big trouble with the Hennepin County Sheriff’s Department and that he had better call back.

Bill did his duty and returned the call – and after some phone tag connected with a man who told him he had a bench warrant out for his arrest for failing to show for jury duty.

The man even gave Bill a name, a name that would prove to be one of an ACTUAL Hennepin County Sheriff’s Deputy.

He also had Bill’s home address and told Bill he needed to report to the sheriff’s office, and he gave that address accurately as well.

Bill was convinced enough to agree to go to the department to sort this out, when he had a feeling that something might be up.

So, on his way downtown, he stopped by the Plymouth Police Department to ask them if they knew if this kind of call and demand was legit.

I kid you not, when Bill was in the Plymouth PD he got the call again. So, Bill put it on speaker and the officer said he was on the line, too.

Guess what? The caller hung up and within minutes disconnected his line.

It turns out this is a scam that has been going on all over the country for two years – and it has caught a TON of people who have paid these scammers close to $2,000 to erase a fake fee for a made-up story about jury duty.

So, if you EVER get a call like this, take a pass.