Of course we know how special Jana Shortal is - and now we're sharing her with the rest of the country. 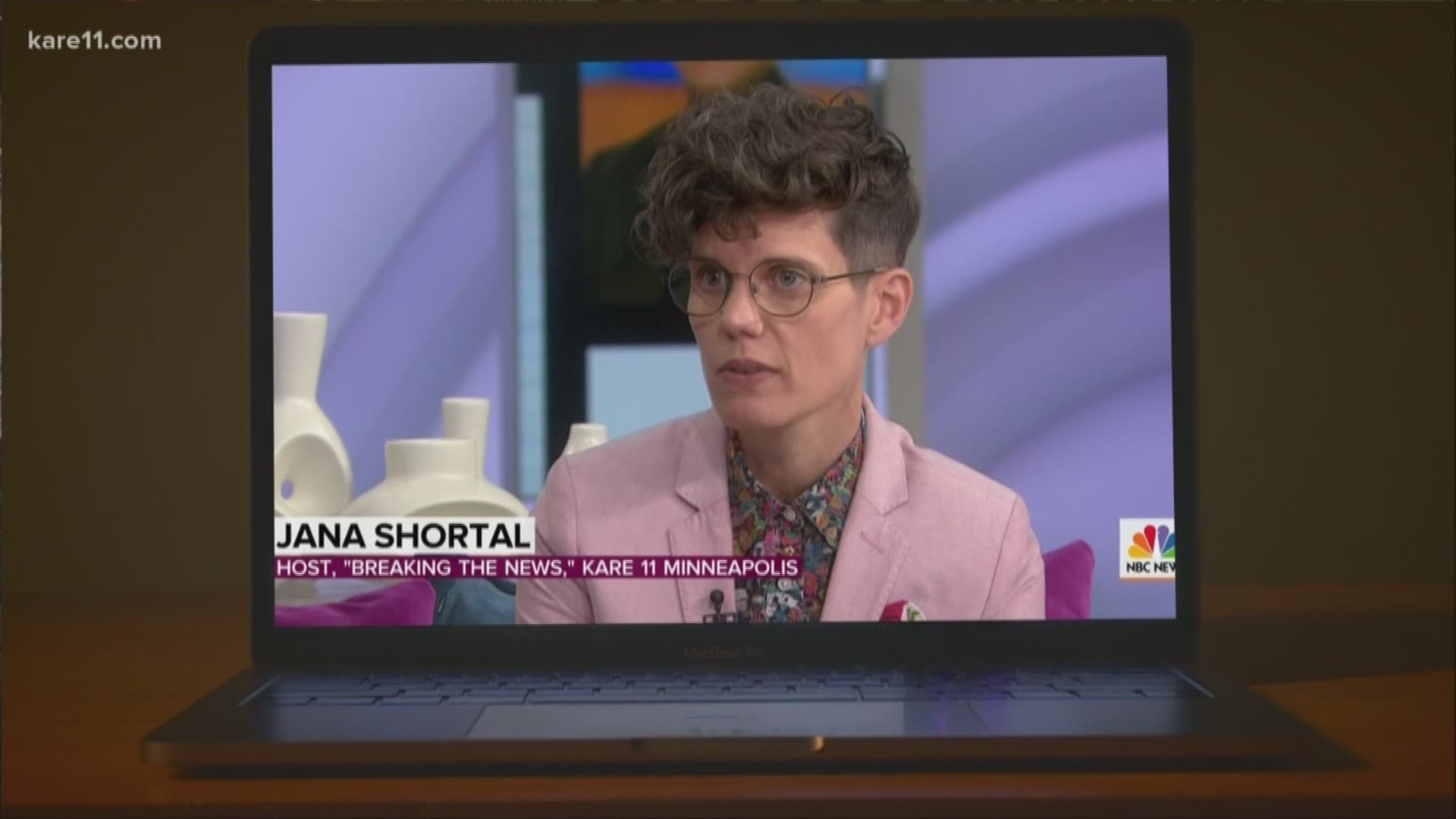 NEW YORK — KARE 11's Jana Shortal is telling her story to a broader audience this week.

The "Breaking the News" anchor took on New York City on Tuesday, making an appearance on NBC's "TODAY" show. The anchors wanted to hear her story about gradually coming out and coming into her own - on TV - and challenging the norms of the traditional television anchor appearance.

Of course, KARE 11 viewers already know how special Jana is. So it was a fun experience to share her with the rest of the country.

This isn't the first time, though. Jana was featured by CNN's Great Big Story just last month, on an episode called "How a News Anchor Broke the Unspoken Dress Code."

She and her producer Nikki Muehlhausen, of course, had some time to explore NYC on Monday ahead of the show.

But when Jana appeared on the show, things got more serious, as she shared her story first of fear - then of empowerment.

Jana told TODAY that when she began hosting "Breaking the News" in 2016, she did something scary. She dropped the blond hair, heavy makeup and traditional clothes - and looked like herself.

And she found that people began thanking her for “showing us that there’s a different way that women can dress.”

“Maybe because of me somebody will watch and say, ‘I want to do that,’” she told TODAY. “And they won't think that they have to be somebody else because they saw me.”