Her boost came, in large part, from a strong showing at Friday's debate, strengthening her image as a moderate who can unite. 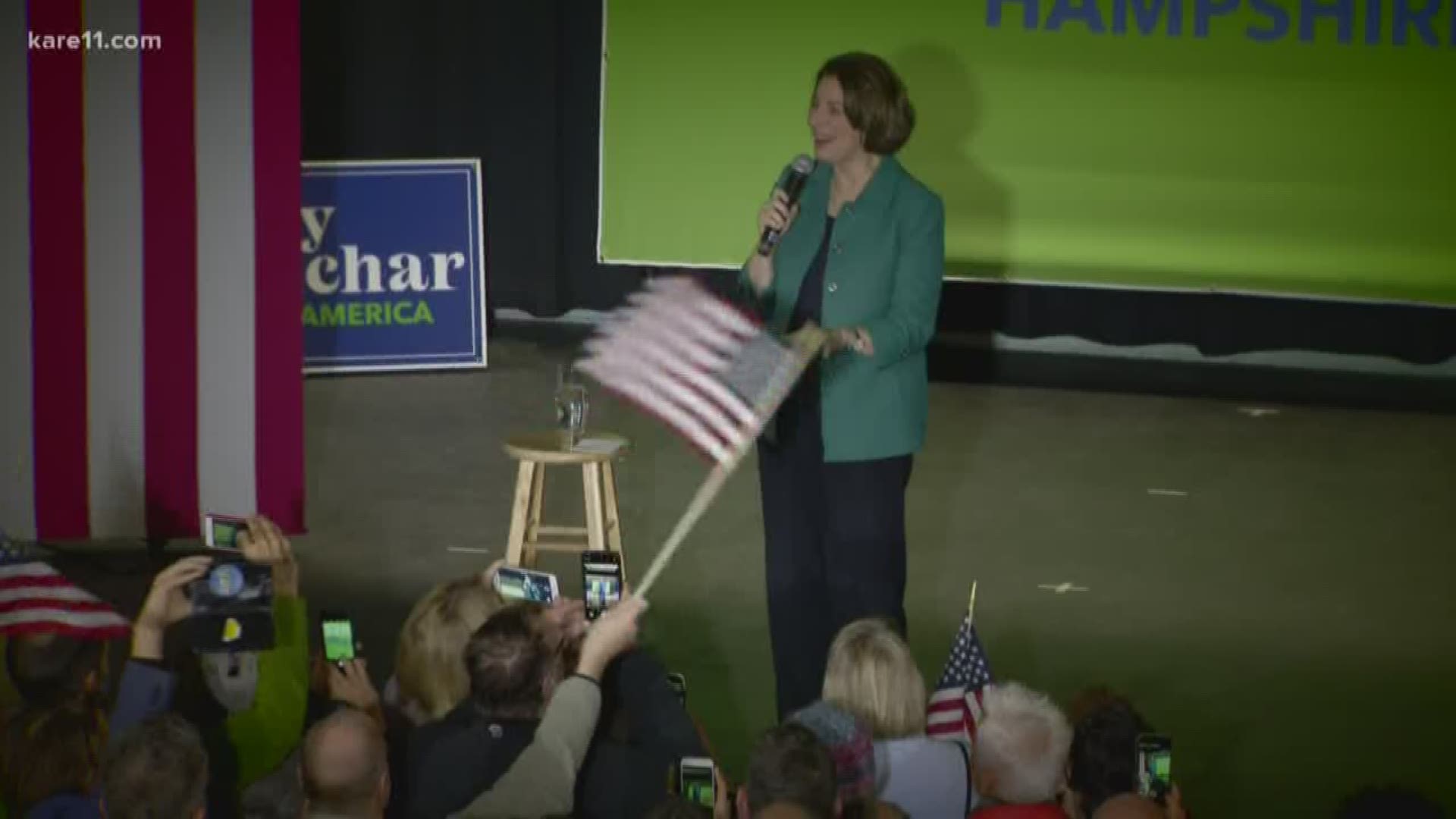 GOLDEN VALLEY, Minn. — It's rare that third place is bigger news than first.

But Amy Klobuchar's finish in Tuesday night's New Hampshire primary was both a shock, and, maybe, a new start, positioning her as a real contender with Super Tuesday now just three weeks away.

“This will enable her to raise money, build organizations, buy ads, and really compete in those states,” said University of Minnesota Political Science Professor Kathryn Pearson.

Klobuchar's boost came, in large part, from a strong showing at Friday's debate, strengthening her image as a moderate who can unite. Exit polls show much of her support came from women, college educated and older voters, as well as those who were undecided until just before the vote.

“We are on the one year anniversary of launching the campaign in Minnesota, and we brought it on the road,” Klobuchar told KARE 11 Political Reporter John Croman Tuesday night. “And it's just exciting tonight that we had such a strong showing that no one predicted in New Hampshire.”

But experts say Klobuchar's still not connecting with racial minorities, an absolute must to get the nomination.

“She will really need to connect with Latina voters in Nevada and African American voters in South Carolina,” said Pearson. “These are two important parts of the Democratic coalition and these are voters who are underrepresented in both Iowa and New Hampshire.”

Also a challenge is that many of her voters also like South Bend Mayor Pete Buttigieg, whose fame and fundraising far outweigh Klobuchar's. Still, her profile and poll numbers are clearly on the rise.