The Minnesota Senator says talks between Democrats and Republicans in the Senate have finally resumed. Deal could come soon. 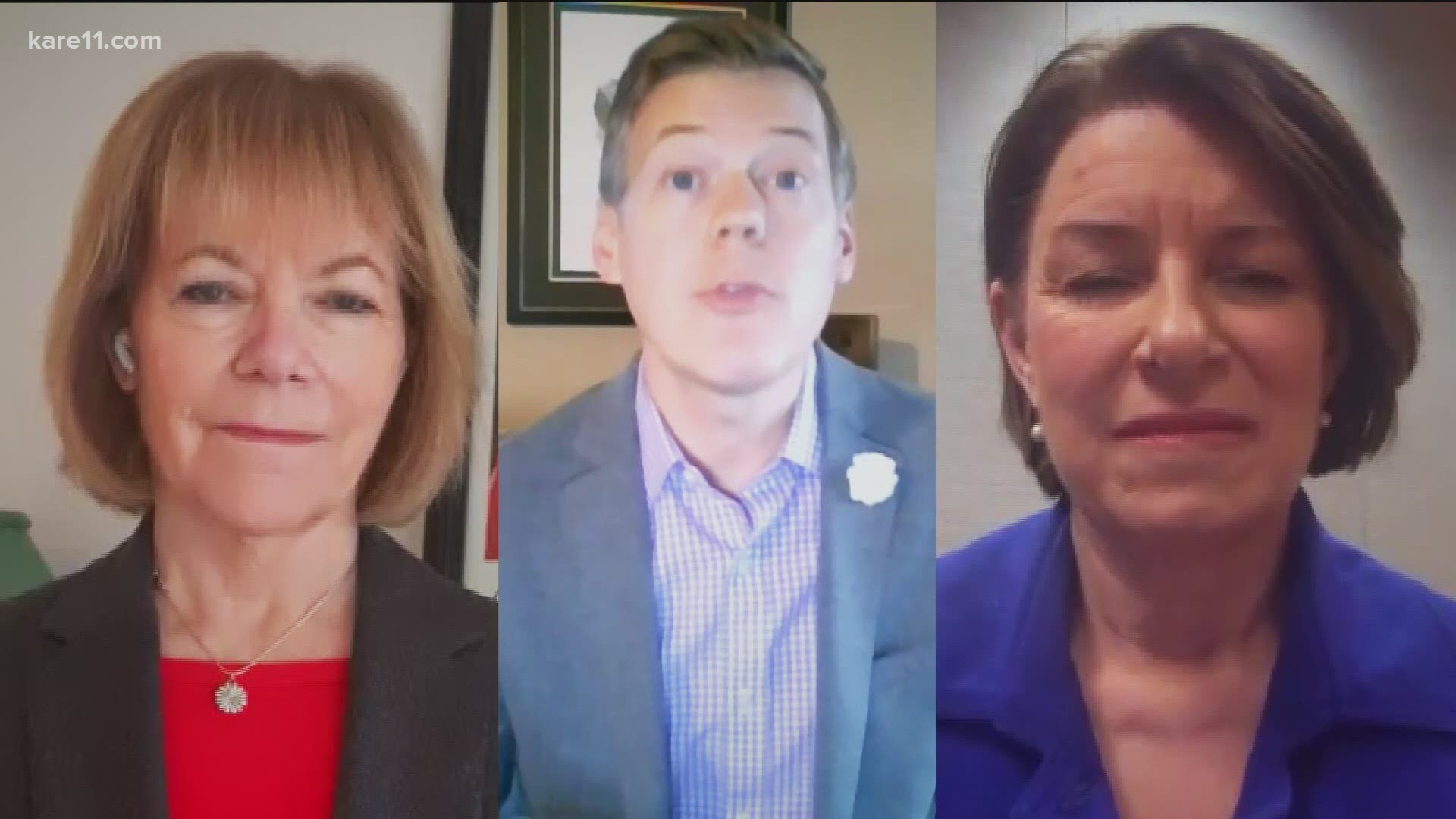 Minnesota Senator Amy Klobuchar says, after months of gridlock over a COVID-19 relief bill, there is finally hope for a bipartisan package that could pass the Senate.

"For a long time, Mitch McConnell has blocked the Heroes Act, which passed the House, from coming to the (Senate) floor," Klobuchar said. "The good news I have is that the negotiations have started up again. I have been part of some of them, and I think we're going to pass something in the next few weeks."

The announcement comes on the same day that Gov. Tim Walz expressed frustration over a lack of support from Washington D.C. After asking restaurants, bars and gyms to shut down indoor activities, he said there was no excuse for continued gridlock in Congress.

"We made calls again today to our federal delegation, we're speaking with the highest levels both in the House and in the Senate, and to both the outgoing and the incoming administration to move aid as quickly as they can," Walz said. "If it is not a perfect package, or a big one, I don't care. Move the package that can help small businesses and individuals so they can make good decisions. It is simply unconscionable and immoral right now that the United States Senate and Congress went home, on a vacation, when they could have moved this piece of legislation."

Senator Klobuchar and Senator Tina Smith both spoke to KARE11 about the status of federal relief.

Kent Erdahl: Governor Walz criticized the Senate for leaving Washington. What is your response?

Senator Klobuchar: "I'm not on vacation. I'm working tomorrow, and I agree with him. I think that we should pass this and I have been pushing for it for a long, long time. Mitch McConnell would not negotiate – that we had heard of – until today. This is the first day, and of course, we're all doing things via Zoom anyway, so our location doesn't really matter."

Senator Smith: "We are so ready to take bipartisan action in Washington D.C. to get states like Minnesota and families in Minnesota, small businesses in Minnesota the help that they need."

Erdahl: You talk about bipartisan support and we have certainly heard a lot of that, but the bills favored by the two parties have been separated by hundreds of billions of dollars. Would Democrats be willing to work with a smaller bill if it means something gets done soon?

Senator Smith: "Absolutely, I am willing to talk about anything to get help for Minnesotans. This isn't a Republican or Democrat issue, this is an issue of helping Americans and small businesses through a really, really rough time."

Senator Klobuchar: "I really do think there's an opportunity here and let me tell you where those agreements are. There's an opportunity for state and local aid, which I talked to Governor Walz about this week. There is a major opportunity to do something for small businesses. We have 800 of them that have failed a day, nationally, according to Yelp. There is support for doing something for the hardest hit and their employees, restaurants and stages, that's a bipartisan bill I lead. And then, most significantly, our hospitals and healthcare workers."

Erdahl: How soon should people expect to see something get done?

Senator Klobuchar: "To get a bill through the Senate, it takes usually about 6-7 days, so it would be after Thanksgiving. I think that it should get done in the next few weeks. I don't think we should go home at the end of the year without getting it done. I don't plan to."

Senator Smith: "I think the pressure will be on in those last few weeks of this year because there will be thousands of Minnesotans who are faced with going off of unemployment insurance that has kept their families going over this last year."

Erdahl: What would you say to those small businesses, or those people, staring down bills right now that say I can't wait until the end of the year, I can't even wait until mid-December.

Senator Smith: "I would say that it is really a hard time and my heart goes out to you. I'm willing to work with anybody to get Minnesotans the help that they need. I am optimistic that we are going to be able to get things done."

Senator Klobuchar: "I literally called 15 Republican Senators over the last week and I feel confident that there's going to be movement now. You can't have a spike like this in COVID and not do anything about it. You can't expect the state and local governments and businesses to be able to hang on any more."