'Ladies Acts of Random Kindness' group bonds while giving back

A LARK (Ladies Acts of Random Kindness) group in Eagan spent the summer gardening, then donating the fresh produce to local food shelves and families. 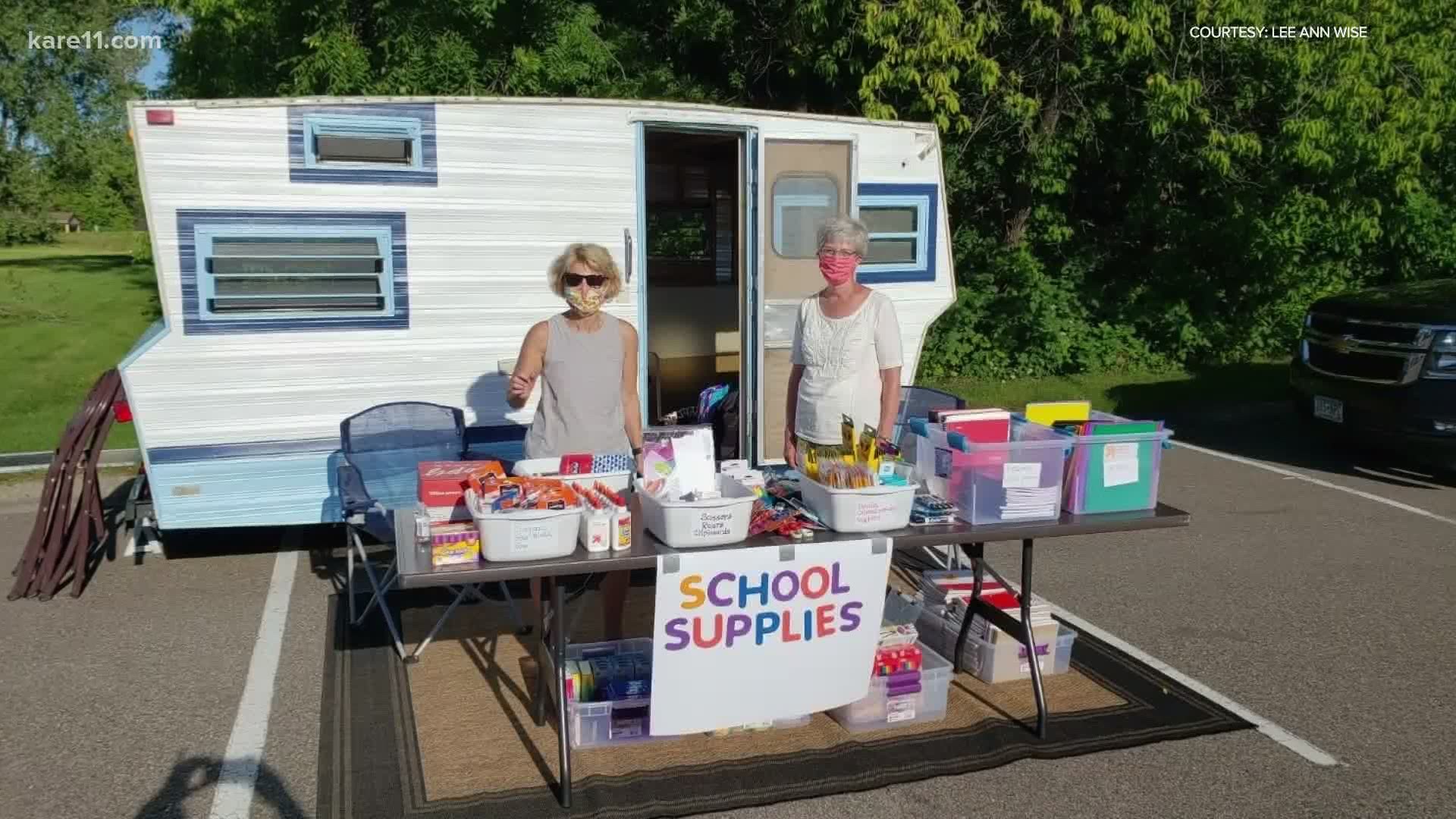 That was the case for the LARK (Ladies Acts of Random Kindness) group, made up of women from mostly the Eagan area.

"They're a riot; most of them are my lifelong friends," said Lee Ann Wise, a retired principal who worked almost 30 years with Richfield Public Schools.

On a hot Tuesday afternoon, 7 out of the 12 LARK women met up for an interview with KARE 11. It's their eighth year as a group.

RELATED: Communities that KARE: Roots for the Home Team

"So really the premise is it's 12 women. We get together once a month and we take $20 and we put it into the pot. Whoever's the host, that one person decides what charity they want that to go to. So every month $240 goes to a charity of that person's choice," explained Leanne Adkins of Eagan.

Adkins said she first heard about LARK groups through one of her friends. It inspired Adkins and her friends to start one. There are LARK groups not only in Minnesota but across the country.

Since forming their group, they've donated more than $22,000 to the community and that's on top of their projects.

Wise and her fellow LARK member, Barb Dorn, were in charge of the months April and May. They decided to use the money to grow a garden in Wise's son's backyard in Inver Grove Heights. They've spent the summer gardening, then donating the fresh produce to local food shelves and families.

They plan to bring the garden back next year. The group has also organized school supply and food drives and put together food boxes for families during the holidays.

"A number of the families that we've serviced rely on the schools to provide food at breakfast and lunch and so... we wanted to make life a little bit easier for people," said Julie Banz of Eagan.

They've given to both organizations and individuals.

"A friend who needed funding for a prosthetic leg, we helped put some money towards that because it's really an expensive venture," said Sue Thesenga of Inver Grove Heights. "Meals for Fairview nurses during COVID because they needed some extra money to feed the nurses who were working around the clock."

Wise is also fixing up a LARK camper to take out during their projects.

"We decided it would be fun to haul our stuff around and just kind of make fun of ourselves while we're helping people," Wise said.

It's also brought them closer together.

"Some of us had parents who have died, we've had grandchildren who were born, college graduates ... so really we have our own built-in support system to celebrate the great things in life and to help each other move through different stages of our journeys," Banz said.

Adkins added, "It was also a way for 12 women to really stay connected and involved with one another."

They hope this inspires others to start their own LARK groups.

Adkins said, "Just the ability to help others while you're doing it with your friends is amazing."