Left for dead: A tale of 2 kitties

A garbage collector was lifting a dumpster when he saw three cats underneath. Two ran, one stayed. 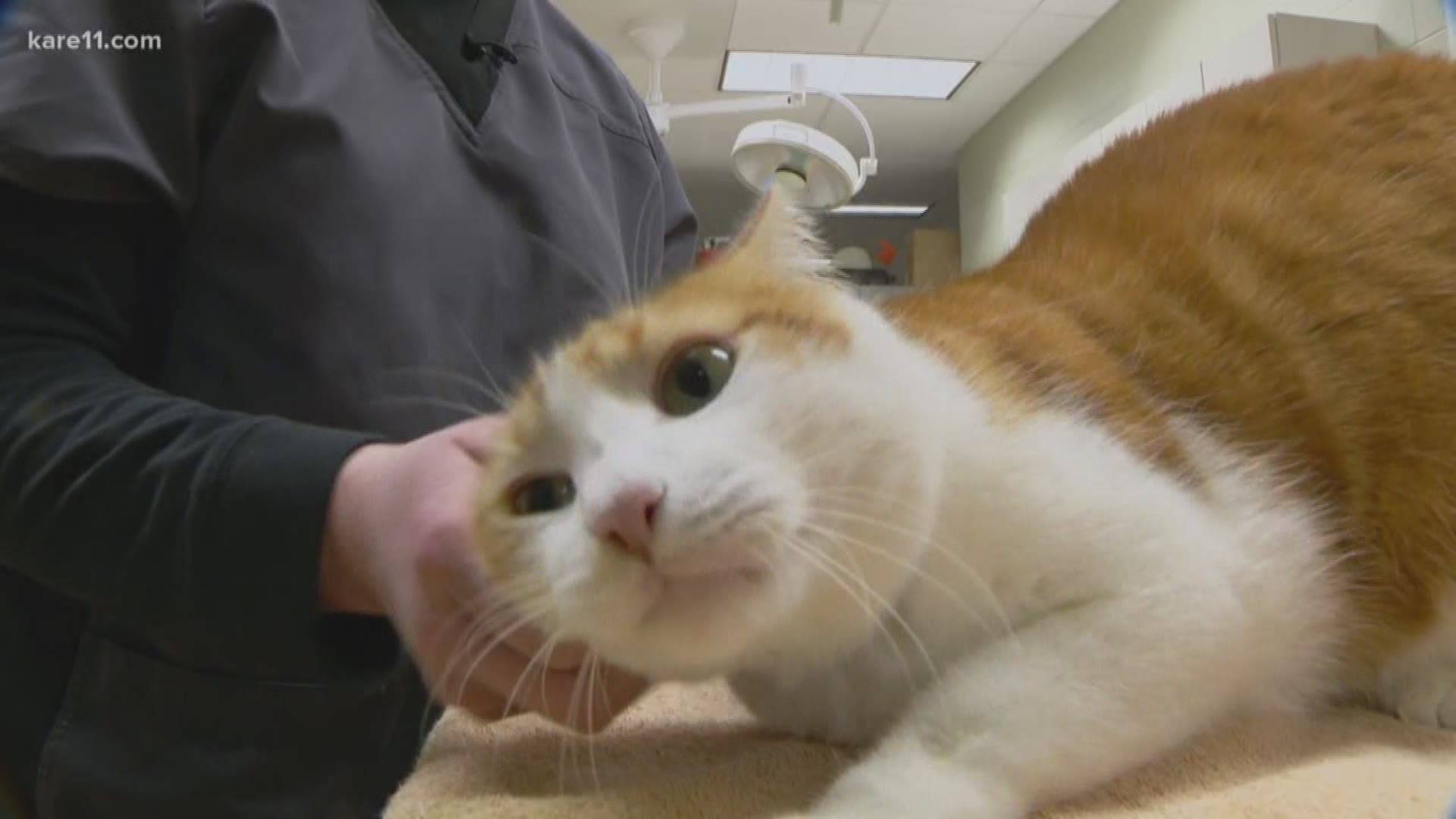 MINNEAPOLIS — Eleven days ago, a tale of two kitties unfolded right across the street from Minneapolis Animal Control.

A garbage collector was lifting a dumpster at the Holiday Gas Station when he saw three cats underneath.

The person rightly took the cat across the street to animal control for help.

That cat is named Romeo.

An hour later, a second call came in to animal control. A cat was barely alive, frozen to the ground, at the business next door to them.

“They had to use warm water to get him unstuck from ice. He had been there long enough to get wet and freeze to the ground,” said Melissa Mathis, with animal control.

By the time he was on the table just across the street at animal control, he was unresponsive.

“We had to slowly warm him up to get him to live and survive. (His body temperature) was not even registering on the thermometer, which means it was below 90 degrees,” Mathis said.

In simple terms, that cat was not expected to live.

Near death, tossed away as trash, the cat began to come around but then would collapse when it tried to stand.

So, for an hour the team kept warming him, massaging him, willing him to live - until he made that choice, too.

They would save him and name him Mercutio, so he would forever be linked to Romeo - his other rescued littermate.

And as charming a tale as this is, it's tragic in its own way.

Remember, someone chose to abandon them in danger, right in front of a safe haven.

“Honestly, I don't know," Mathis said. "People might not realize they can owner-release to us. There's no charge, no repercussions for owner-releasing from Minneapolis residents."

The cats are going to the City's partner rescue organization, The Rescue Crew.

Staff there will deal with the medical problems Mercutio and Romeo still face, then adopt both animals out.