Lifting up Lainey: Parents fight for baby with rare disease

Any disease diagnosis for a child is hard to hear. But when it's a rare disease, there's no plan, no path to a cure. 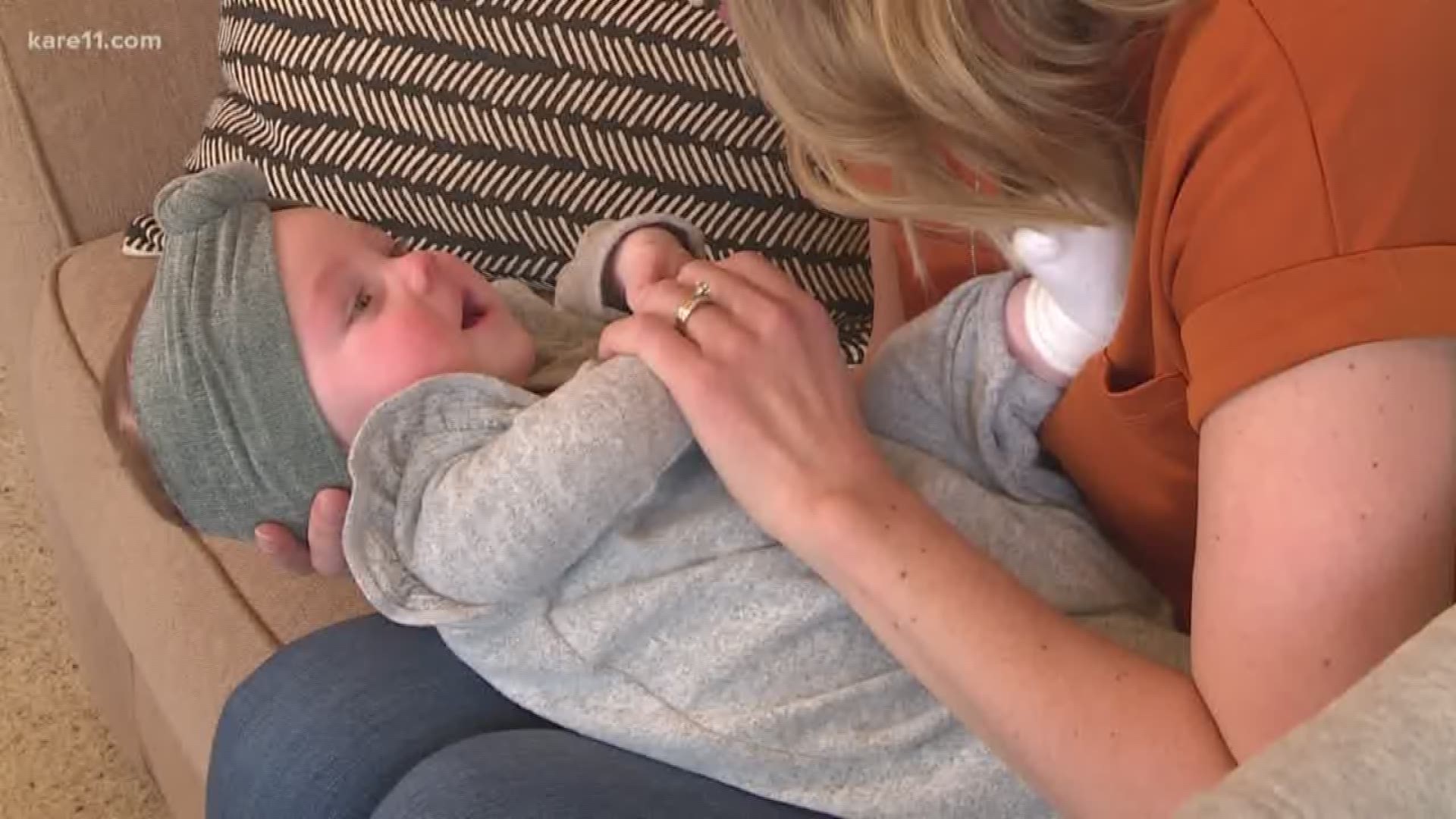 One out of every 10 Minnesotans suffers from a rare disease.

Individually, it may be overwhelming. But working together, there may be hope. A Minnesota lawmaker has proposed a rare disease advisory council that would help pool resources to fund research and find cures. Music to the ears of the Matuska family.

Aug. 19, 2018. It was the day the Matuskas went from a family of three to four. Little Lainey came into the world and quickly turned theirs upside-down.

"A day and a half after she was born, nurses rushed into our room saying she was having seizures," recalls Stacie Matuska.

MRIs, CT scans, X-rays... they all came back negative. After two weeks in the NICU, Rob and Stacie took their baby girl home. But things didn't get better.

Finally, they got an answer.

"I got the phone call from the genetic counselor," Stacie says. “My heart just started dropping because it's just like this devastating neurological disease that currently doesn't have a cure."

AHC. Alternating Hemiplegia of Childhood. It can cause things like epilepsy, paralysis and neurodegeneration.

Never heard of it? Neither had they.

“There's currently only 300 diagnosed cases in the U.S. and only about 1,000 in the world,” Stacie explains.

The Matuskas dove head-first into their new reality. Trying to find out anything they could about AHC.

“You think ahead of, oh you know, you want her to get married and have a family of her own, and it's like those dreams have been dashed for us, and now we have new dreams for her, we hope she can walk and talk," says Stacie. "Which seems really basic but we want her to be able to live the best life possible."

"We don't know what her life is going to be like in two years, in five years, in 20 years. And that's overwhelming,” says Rob.

Any disease diagnosis for a child is hard to hear. But when it's a rare disease, there's no plan, no path to a cure.

"Nobody knows what AHC is. We just learned about it weeks ago and because people don't know what it is, there's no funding for it,” says Rob.

Rob and Stacie aim to change that. They learned about a gene therapy project - being funded grass-roots style - essentially by the families affected.

"We're not just going to sit around and let this rob her of her life, we're going to do whatever it takes to help her and help other kids with AHC get to a better life."

If they can keep the research funded, human trials are as close as 2021. So every day they look into that baby girl's eyes, and tell her they're doing everything in their power, controlling the only thing they can... hope.

"We just have to live day by day and moment by moment with her and just love her as much as we can."

To find out more about AHC, Lainey’s story or to donate, click here.