Loss, grief and healing during a pandemic

Michels Tree Memorial couldn't hold its memorial ceremony this year due to COVID-19 but they've been helping people with grief for decades. 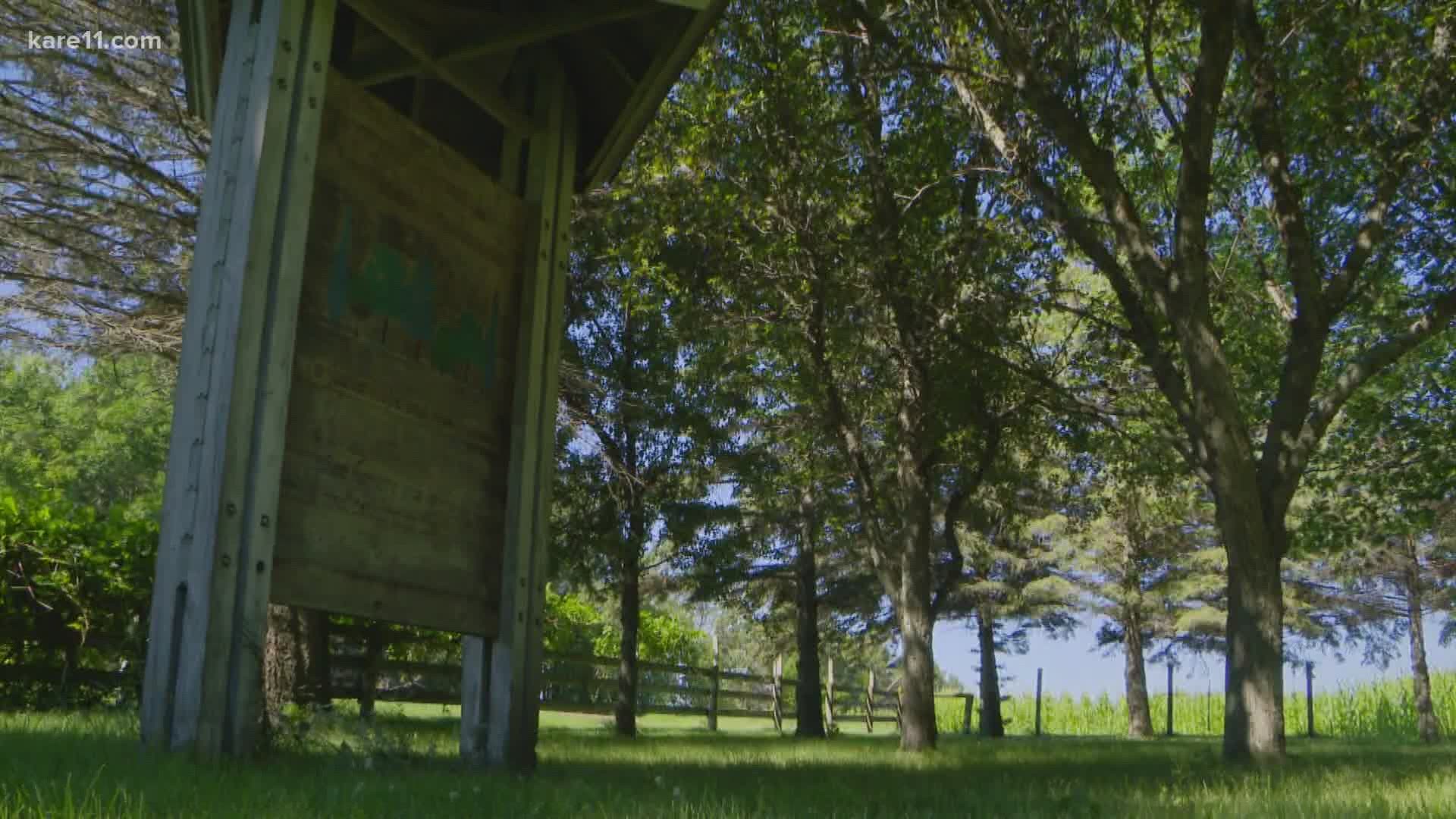 At the Michels family farm, they're still planting. Cultivating families and letting them grow closer together. After the passing of a loved one, Michels lets people create new memories and draws in a family from far apart.

One family was there, planting an apple tree for their loved one Barb. Barb's three sisters were there too and watched as Barb's extended family, including young ones, used their hands to put soil over the roots of the tree.

After the tree was planted, the three sisters stood by the tree, side-by-side. Kind of like a reunion in their hearts at the gathering place.

"She was a special sister you know?" one sister said. "So she deserves this. It's just nice that her family is doing this for her and including us."

That's the kind of work this memorial does. It's now a forest of hundreds of memories that are deeply rooted and cherished.

"It's hard thing to do," Mike Borgmann said. "This tree is going to be here a lot longer than we are you know?"

Mike and Pam Borgmann started the memorial on their farm. When they started, they were no strangers to grief themselves.

"In 1987, Mike, and my dad and my brother Gerry went deer hunting and Gerry was killed up North," Pam Borgmann said. "And we gathered up here and we were also reminded I had a brother who was 9-years-old who drowned on this farm.

They thought it would be fitting to plant two trees for both Gerry and Gary.

RELATED: Widowed Mom helps others through grief in new book

RELATED: 'Ghia lived': Parents of 6-year-old who drowned in Lake Elmo reflect on grieving, and living

"We decided that we would invite, family, friends, the community--whoever wanted to come and plant a tree for either someone they lost or an event in their life," Pam said. "Or basically more or less a gathering space that people could come and share in a community--either loss or joy."

Every year since then, for 33 years, they've gathered because grieving isn't easy, especially when you're alone.

"We were hurting and even to this day...it's sometimes hard to believe," Pam said. "But we knew grieving privately because of what happened in 1953 wasn't helpful. And we knew, in this German community, that grieving openly is hard."

The pandemic has stopped them on their 34th year but they're finding it hard to say no, to individual families who keep asking if they can come and heal. It's healed many others in the past, and the impact the memorial has on families is hard to ignore.

"When they planted their tree, they finally had some peace," Pam said, reflecting on a family who came in the past after having lost their young son. "And closure that there was a place of something living, that helped them and the community to once again revisit this and also heal from it."

Healing is also a kind of growth, though it's the kind that's only noticeable from a timeline away. However, it's a promise the Borgmann's make to anyone who plants hope with their tree.

"It's a legacy that we've established and we've done it for ourselves and of course for other people," Mike said.

"This doesn't feel like it now but when you are at some time, going to feel better," Pam added. "It will never be normal again, there will be a new normal for you but you will be okay with that new normal."

Pam and Mike are currently not accepting any more tree plantings. However, they say they hope to resume their memorial service that everyone can participate in next year. You can find out more information here.