Hunters and farmers are equally worried about the spread of this devastating illness. 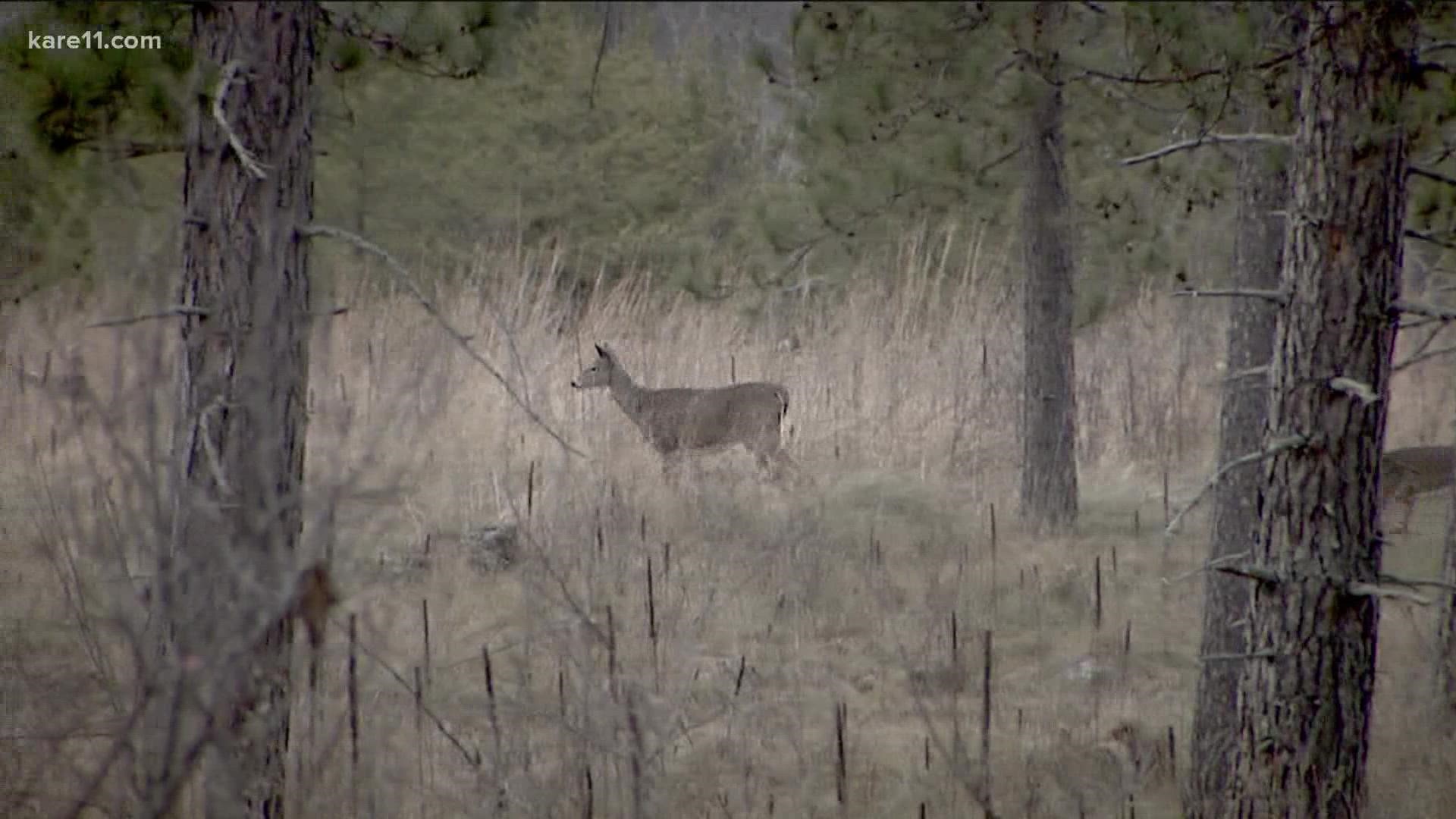 "You'll see 20-foot swath where all the trees have been removed and a 10-foot fence has been erected all around about a 12-acre parcel," John Zanmiller said. Zanmiller is in charge of the community and government affairs with the Bluffland Whitetails Association.

Bluffland Whitetails, according to its site, is a group of hunters, scientists and researchers dedicated to deer population control.

Zanmiller said the Board of Animal Health was doing Chronic Wasting Disease tracing work when they approached a cervid farm in Beltrami County. The board had found that a farmer had dumped deer carcasses in a nearby area.

"Upon their arrival, they had found a number of deer that were not there that should have been there. Further inquiry to the farmer, they found he disposed of them in a land behind his farm," Zanmiller explained.

Subsequent testing revealed that the dumped carcasses were positive for Chronic Wasting Disease, prompting the Department of Natural Resources (DNR) to erect a fence around the area in Beltrami County.

Chronic Wasting Disease or CWD is caused by a misshapen protein. It is highly contagious and can contaminate soil for up to two decades. In order to prevent wild deer from crossing through the contaminated area, the DNR put up a fence as their only method of containment.

Dr. Peter Larsen, who runs the University of Minnesota's Prion Research Center, said he's been down to the area in question in Beltrami County to run diagnostics.

"The way it spreads is, in deer, it's most likely ingested," Larsen said. "Most commonly ingested, and slowly spread through the animal almost like a domino effect."

He explained that once a misshapen protein has entered the body, it has no trouble multiplying.

According to the CDC, "Deer, elk, reindeer, sika, and moose with CWD may not show any signs of the disease for years after they become infected. As CWD progresses, infected animals may have a variety of changes in behavior and appearance."

At the Beltrami site, Dr. Larsen said he used a relatively new technology called RT-QuIC to confirm the soil too was indeed positive for CWD causing prions.

And while only a reactive measure was possible in the already contaminated parcel, Larsen said he's hoping RT-QuIC will have a permanent spot in the cervid farming industry and lead to early detection to prevent spread.

"If the board of animal health and the state, if they wanted to, RT-QuIC can be used as a pre-movement test so we can test deer before they're moved across the state to determine whether they have CWD," Larsen said. "Therefore preventing what happened in Beltrami county."

RT-QuIC can also be used to test venison.

In terms of whether hunters are worried about potentially consuming CWD-positive meat, Zanmiller said he's seeing some who are worried.

"There are those who see that as an issue," Zanmiller said. "But the ones I've run across are just fastidious about testing and that clearance to come back."

So why should people who don't hunt or work closely with cervid farms be worried about CWD?

"I don't want to be an alarmist, years ago, they said mad cow would never have a species jump, and then they had it in England and virtually every bovine on the island had to be wiped out," Zanmiller said. "All those animals were fenced in. What do we do about the millions of whitetail deer in this country?"

And while definitive data regarding transmission to humans is not yet available, the CDC does recommend preventing human exposures to CWD.

"It should be a top priority for the state, because it has a negative impact on so many economic sectors," Larsen added. "It's not just deer, it's agriculture, it's farming, it's the hunting industry. It's a multifaceted problem for the state, and I'm hopeful that they will invest in additional CWD research."