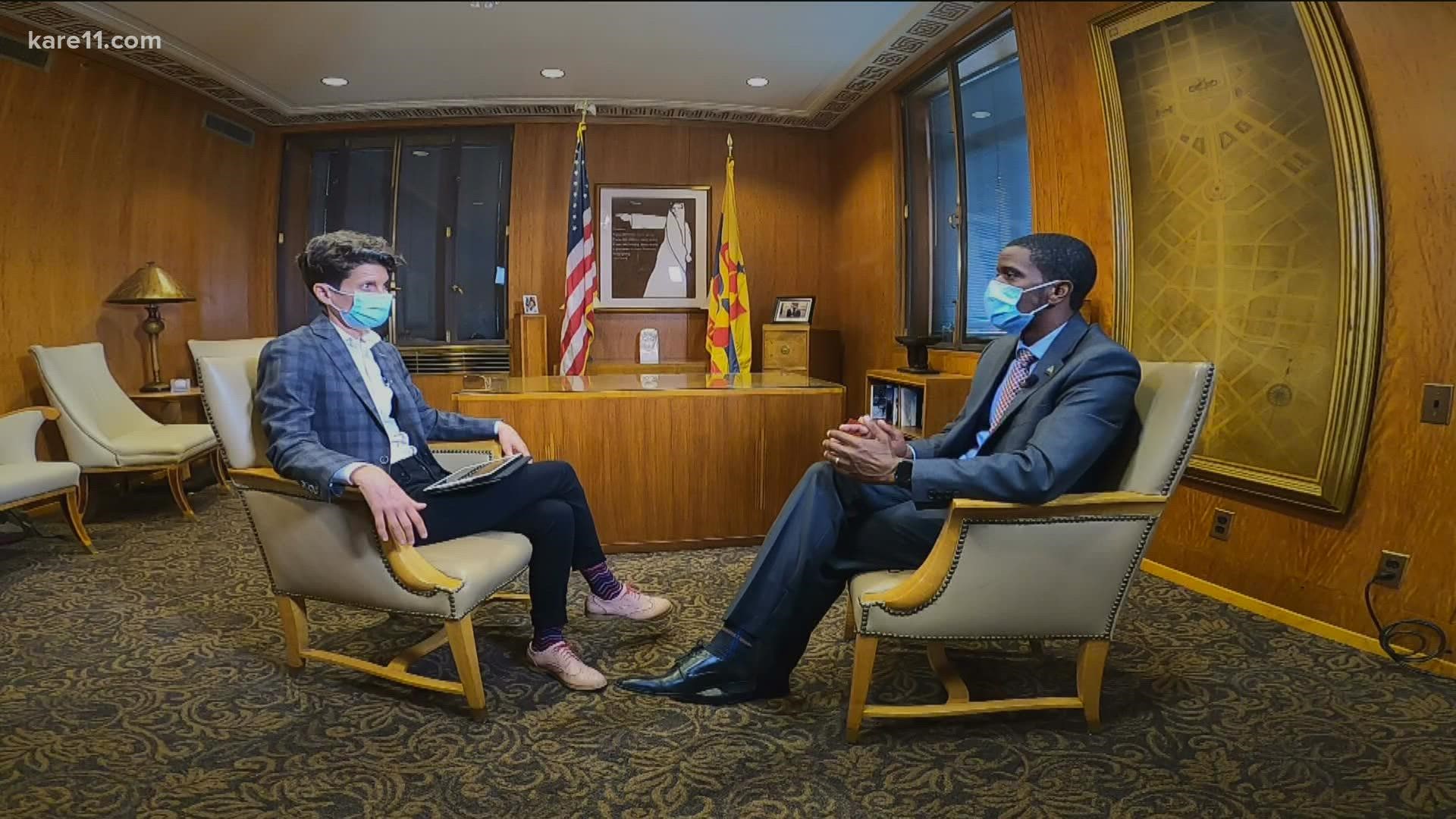 ST PAUL, Minn. — Fifteen people shot; one of them dies. The question in the hours and days since: When is it going to stop?

St. Paul Mayor Melvin Carter says this is the most important question.

"And that is what drives me crazy, Jana. When we hear people taking an incident like this in which we lost the life of a young woman, who should by all accounts still be here with us today, that injured 14 other people. And you have people who would love to exploit their pain, our pain, for a community to grind an axe on politics instead of focusing on the question when — and what's it really gonna take — for it to stop?" Carter said.

What will it take? Some say more police officers; some say it takes more than just police — it will take tougher penalties for people who have guns and shoot them when it's illegal for them to even have a gun. In the West Seventh Truck Park shooting case, the accused shooters had their guns illegally. And in this case, the shootings do fall on the elected leader of the city to say what he thinks.

He added, "And I will tell you I am offended on their behalf when people want pretend that this happened because of something they were unable or weren't able to do."

St. Paul Police Chief Todd Axtell says if he has more money and more officers, his department can get to illegal gun carriers before shootings happen. In this case, Carter points out police reacted nobly, and that they did so in an area his office has approved for $1 million in police overtime.

So again — where does that leave the citizens of our cities and communities? When asked if Carter thought maybe we were all just getting used to the violence, he points to incidents he has personally been affected by.

"I don't think we have become used to it. I haven't become used to it and I know there is a significant amount of outrage and frustration and anger," Carter said. "What strikes me sometimes when I hear folks talk as though gun violence is new, I think about the cousin my father lost when he was 25; when I think about the cousin of mine who was killed on Selby Avenue when I was in elementary school; when I think about all the different experiences that I've had throughout my life, that for some reason, those folks who feel like all of a sudden this a problem in our community, have not been paying attention for the last 20, 40, 80 years in our community," Carter said.

You can watch the full extended interview between Jana and Mayor Carter below.