Melvin Carter talks racist threats, and gun violence, in one on one with Jana

"I aspire for us to be a city where every 16 and 15-year-old has something far better and far more productive to do than pick up a gun.” 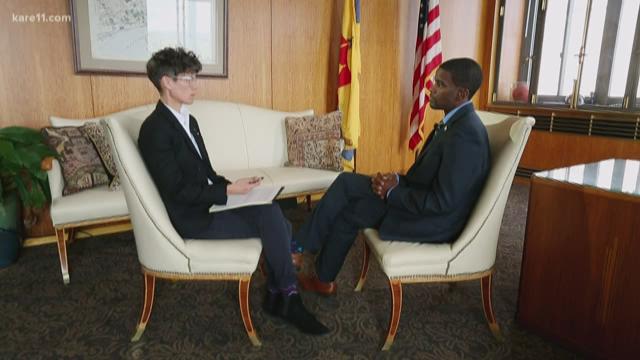 And in the last several months he has had to face a rising problem with gun violence. 22 people have died from gunfire in the city this year.

And if this pace keeps up this could be the St Paul's deadliest year in a decade.

In addition to that - as the city's first African American mayor - he has been targeted with racist threats.

“Too many, we have had too many,” is what Mayor Carter said as he and Jana began talking about the shootings this year in St. Paul.

And too many for this mayor, coming from an early memory of his first encounter with gun violence.

“One of my early memories was in our peak time of homicides in St. Paul in the early 90's, it was waking up one morning with a bullet hole above my bed where I was sleeping,” Carter recalled.

Personal became political when he became mayor, but politics didn't replace how the violence affects him as a person.

Anger can fuel the urgency to make change and Carter is banking on the idea of a community approach to making the city safer - investing in neighborhoods and spaces for people to go and grow, so we don't keep seeing what we did last weekend.

A 16-year-old was arrested and charged with firing his gun just outside of Allianz stadium.

“It’s heartbreaking. I aspire for us to be a city where every 16 and 15-year-old has something far better and far more productive to do than pick up a gun,” Carter says.

And while he goes head-first into figuring it out with a team, and with anyone in St. Paul that has a good idea, he has had to deal with something new for a St. Paul Mayor.

And those are racially charged threats.

“I won't be surprised by racism anytime soon. That doesn't mean it feels good,” Carter said.

He had gotten hate letters calling him racial slurs and a phone call saying them out loud and threatening violence against him at his home. 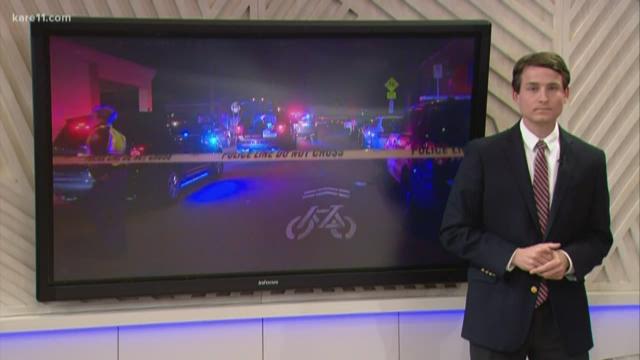 For more BTN videos, visit our KARE 11 YouTube channel below.