Two identical videos led to different outcomes depending on who narrated them; a man or a woman. 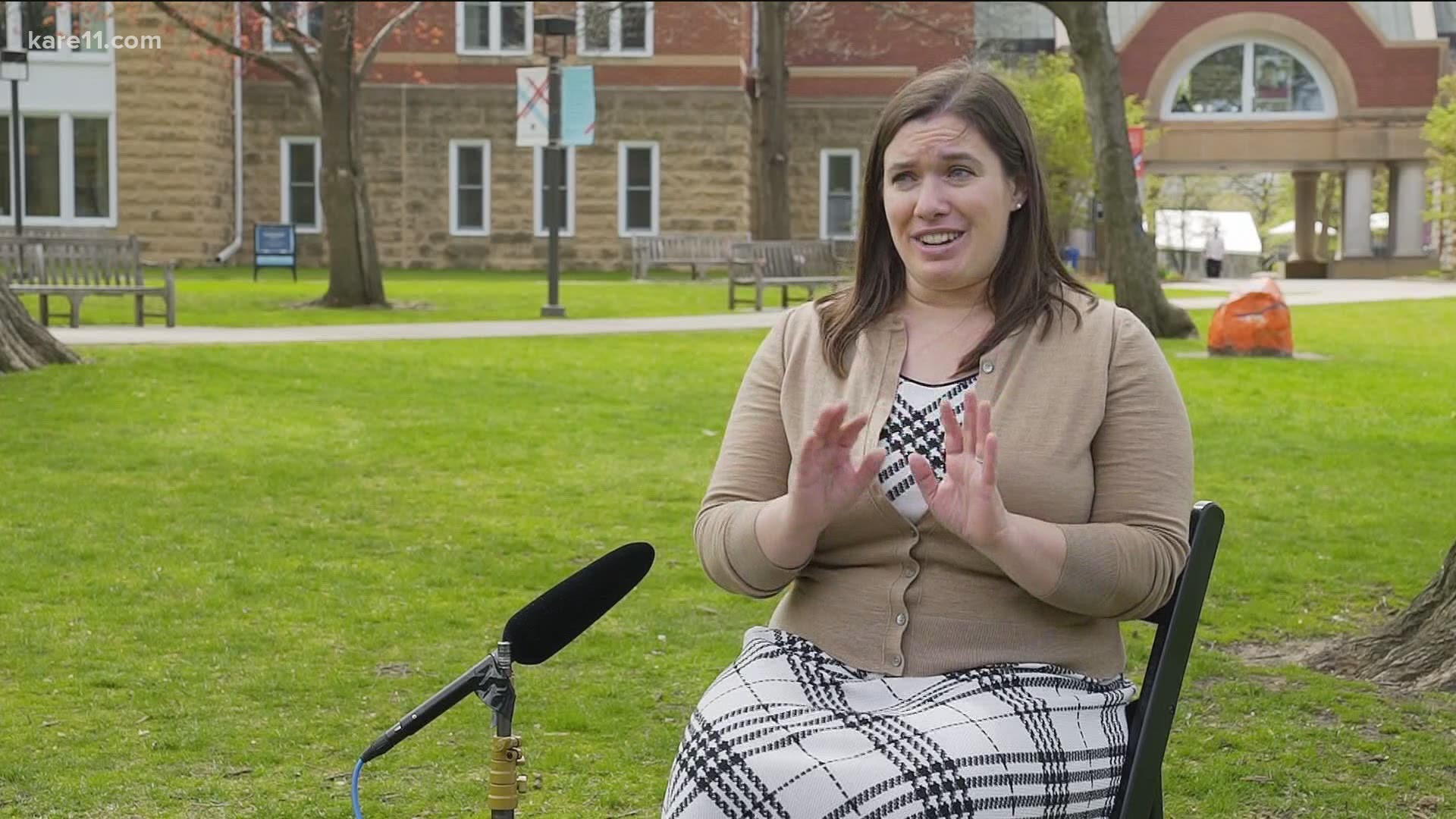 MINNEAPOLIS — In Minnesota and across the country, there's a gender gap when it comes to getting a COVID-19 vaccine. Women continue to outpace men in getting a vaccine, by about ten percentage points.

There are likely many reasons why the gap persists, but a new study from Macalester College hints at gender bias that transcends public health messages themselves. Sometimes the sex of the messenger themselves matter more than we realize.

Making easy to understand YouTube videos about science did not begin as work for Leah Witus.

"It started as a hobby," said Witus, an assistant professor of chemistry at Macalester. "My pandemic hobby was making videos, and I actually had been making science videos for my kids."

But even though her first videos provided a fun distraction during the early part of the pandemic, in December, she started hearing from adults who were skeptical of the new mRNA COVID vaccines.

"That's when I started to wonder, if people knew how the vaccine works, they would feel more comfortable," Witus said. "Because there is so much misinformation and disinformation out there."

Witus decided to use her knowledge of the biochemistry of the vaccine to create an eight minute video to help educate the public. She says the initial feedback on the video was positive, but then a colleague, Erik Larson, a professor of sociology, approached her about putting the video, and potential gender bias to the test.

"He said, 'Why don't we compare it a female narrator to a male narrator voice,'" said Witus, who admits she was skeptical. "I thought, well that's not going to make any difference because it's an animated video. You don't even see the narrator. What difference could the voice make?"

But she decided to go along with the experiment because she knew, statistically, men are lagging behind women in getting the vaccine. So she decided to put it to the test with the man she trusts the most.

Witus: "My husband is also a chemistry professor at Macalester, so I had him record the male voice narration."

Witus: "A recipe for disaster. Luckily we are not competitive at all. We both work in the same field, and I had spent two weeks making the video. I recorded and re-recorded to make sure that everything was just right. He read it out loud once. It took him ten minutes. So I thought, if anything, my video should be more effective because so much care went into it."

That proved to be wishful thinking.

According to the study, which polled more than 1,100 people from across the US, the video narrated by Leah's husband showed a statistically significant increased vaccination intention when compared to a group that didn't watch any video. The video she narrated didn't show any significant increase in intention, and she says the difference in the responses appeared to correlate to people's political preferences.

Erdahl: "That's got to be kind of hard to hear."

And while the reasons why the differences exist, and the role that politics might play, will be examined and argued, Witus says she just hopes the research will help find a path forward.

"There is a little bit of an ethical question," she said. "Should you promote and use the male narrated version of this video? Would that reinforce gender bias? But it could also be more effective. I think in the short term, sure, we need to do whatever it takes to overcome this public health emergency, and then the longer term challenge will be let's address this gender bias."